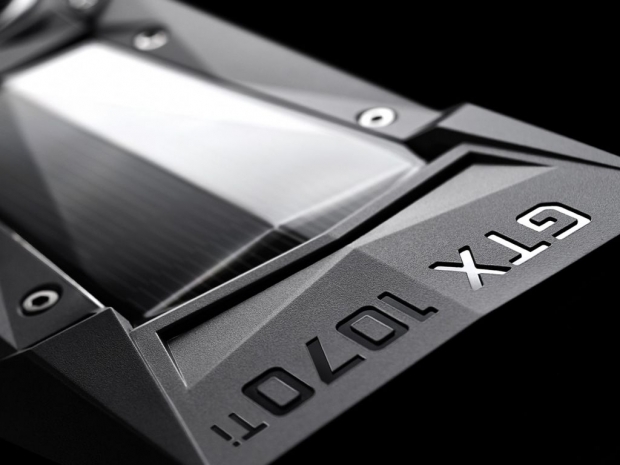 Nvidia has lifted the NDA veil from its Geforce GTX 1070 Ti and reviews from the usual suspects have gone live, giving us a clear picture of the actual real world performance.

Geforce GTX 1070 Ti, especially the Founders Edition, fits nicely between the GTX 1070 and Geforce GTX 1080, and even outperforms AMD's Radeon RX Vega 56 in most scenarios. This does not apply to the games where RX Vega series graphics cards perform quite well, including the recently launched Forza Motorsport 7 and Destiny 2, where even the Radeon RX Vega 56, outperforms the GTX 1080, at both its targeted 1440p resolution and even 4K/UHD gaming.

Despite earlier rumors and Nvidia's weird ban on factory-overclocked graphics cards, the Geforce GTX 1070 Ti actually has a decent overclocking potential, with even the reference Founders Editions reaching over +200MHz for the maximum GPU Boost clock and easily outperforming even the Geforce GTX 1080.

Although some rumors suggested that the GTX 1070 Ti could launch closer to the US $400 mark, we kinda guessed the US $449 launch price tag. Of course, this is the MSRP and the price of the Founders Edition graphics card and we expect custom versions to carry a price premium. We also still do not know if the GTX 1070 Ti will also be a victim of the "mining frenzy", which could also somewhat raise the price.

The US $449 also leaves a sour taste for those that bought the Geforce GTX 1080, which launched at US $599 MSRP and US $699 for the Founders Edition, with currently the cheapest one selling for around US $520. If the GTX 1070 Ti retains its US $449.99 MSRP, it makes the GTX 1080 rather pointless as you can get pretty much the same performance for less money.