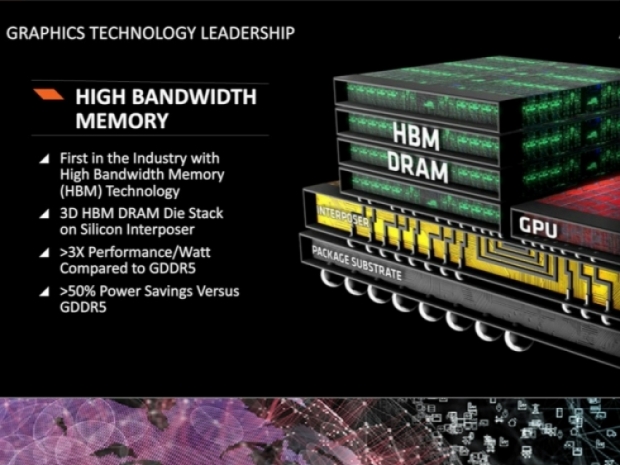 Micron has promised to launch a new kind of memory that is twice the speed of mainstreams GDDR5 . This will be released during 2016 and will be company's answer to HBM.

Updated: Micron got back to us claiming that the new memory to come in 2016 is called GDDR5X and not the GDDR6. The company also said that it plans to announce its plans to fight the HBM at later date.

With speeds of 10 to 14 Gb/s the memory will outpace the existing 7.0 Gb/s of 4Gb GDDR5 memory chips from Micron. Even the new larger GDDR5 chips with 8Gb density will end up at 8.0 Gb/s data rate. The information has been confirmed by Kristopher Kido who is Director of Micron’s global Graphics Memory Business.

With speeds from 10 to 14 Gb the next generation memory will be  much faster and provide much needed bandwidth. Micron can easily call this memory GDDR6 as we have heard people from the graphics industry already using the term.

The new memory will continue to use traditional component form factor, similar to GDDR5, reducing the burden and complexity of design and manufacturing.

Many might ask why don’t Nvidia and AMD go after HBM 2.0 as this new memory standard offers great speeds and incredible bandwidth. But HMB 2.0 requires interposers that complicate the design of the GPU. The HBM 1.0 still suffers from severe shortages but we hear that things are getting better.

It looks like that with 14 and 16nm GPUs the 2016 will definitely be a revolutionary year after more than four years being stuck with 28nm designs. Pascal GPU will have 17 billion  transistors which is a high number. Combined with the faster memory standards including HBM 2.0 or GDDR6 we are off for some nice treats next year.