As expected and rumored ealier, Nvidia has now officially launched the new Geforce GTX 770 graphics card. Based on the same and just slightly updated GK104 GPU as the GTX 680, the new GTX 770 can be considered a GTX 680 on steroids, something that some Nvidia AIB partners already did with their special edition graphics cards.

In case you missed in in the earlier set of news posts, the Geforce GTX 770 features a 28nm GK104 GPU which Nvidia updated with higher GPU clocks, better memory, new GPU Boost 2.0 and a higher power limit, giving it an extra edge and putting a bit more pressure on the AMD Radeon HD 7970 GHz Edition graphics card. 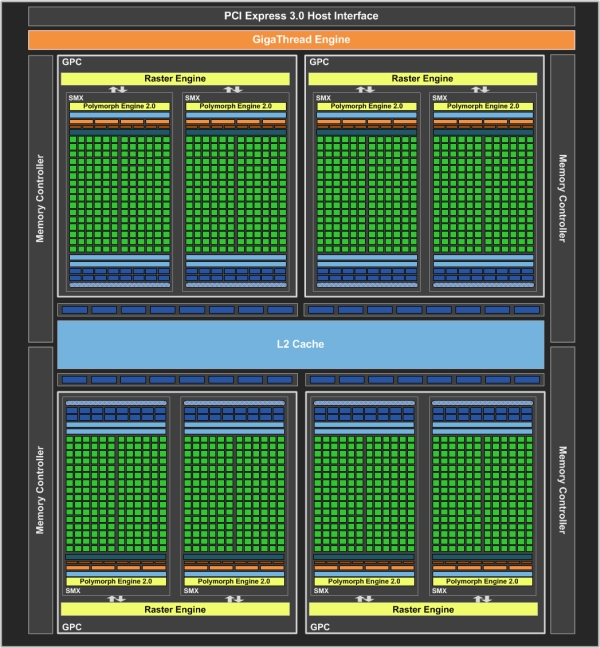 Specification wise, the new GTX 770 features 1536 CUDA cores, 128 Texture Units, 32 ROPs and works at 1046MHz base and 1085MHz Boost clock while 2 or 4GB of GDDR5 memory is clocked at 7GHz and paired up with a 256-bit memory interface. The TDP is set at 230W. As we noted eariler, partners have been given a green-light for custom-cooled graphics cards and we will also see 4GB versions as well. 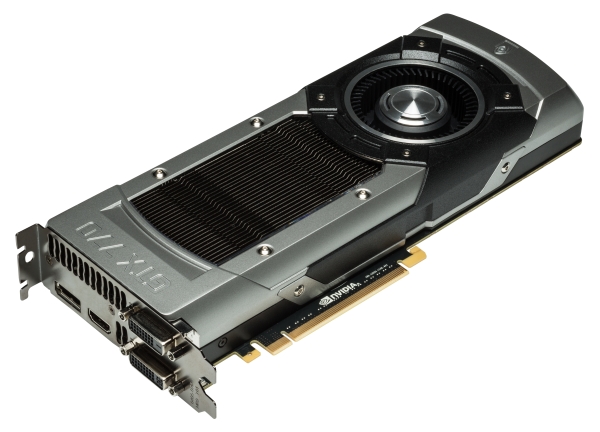 Performance wise, the GTX 770 is pretty much on par with the Radeon HD 7970GHz Edition, at least on average. Of course, some game titles favor one or the other card, but on average neither card is the clear winner. The great GTX Titan cooler on reference GTX 770 graphics cards tilts the scale in favor of Nvidia and it also has a lower power consumption when compared to the Radeon HD 7970 GHz Edition. The improvement over the GTX 680 is less than we expected and it is not a surprise that GTX 770 is not a real game changer.

On the other hand, the US $399 price tag that Nvidia decided to bestow on the GTX 770 is quite surprising but then again Radeon HD 7970 GHz Edition does offer a bit more value with Never Settle bundle, but only to those that actually do not own those games and really want to play them. In any case, Nvidia now has a real Radeon HD 7970 GHz Edition killer while both the GTX 780 and the GTX Titan can enjoy some time without AMD competition.