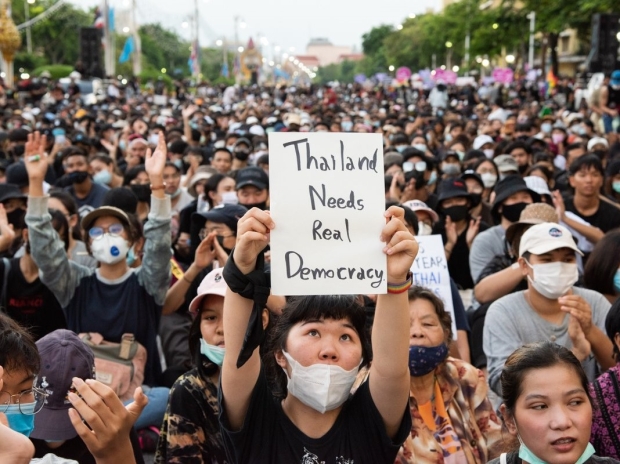 Fruity cargo cult Apple has warned six activists and researchers who have been critical of Thailand's government that their phones had been hacked by "state-sponsored attackers".

The dissidents who thought that their phones were unhackable because the Apple logo protected them, received emails from Apple warning it believed iPhone and iCloud accounts had been targeted, along and there was a "threat notification" on their Apple accounts.

Prajak Kongkirati, a political scientist at Bangkok's Thammasat University, researcher Sarinee Achananuntakul and Thai activist Yingcheep Atchanont of Legal Monitoring group iLaw said they had received emails, while a rapper, a political activist, and a politician opposed to the government separately posted screenshots of the same email on their social media accounts.

Apple said that the compromised devices meant that the state-sponsored attacker, could remotely access your sensitive data, communications, or the camera and microphone. This means that Apple’s software has been roundly compromised, although no one in the Tame Apple Press is saying that.

In fact, they are all repeating Apple’s statement that state sponsored attacks targeted “a small number of users”. For those of us who have been watching Apple for a while, “small number of users” is a term its marketing teams use when a universal hardware or software defect affects all users but most Apple fanboys have not noticed or been targeted yet.

Two political activists in Ghana, an opposition politician in Uganda, as well as a dozen journalists from Salvadoran media reported having received similar warning messages from Apple, according to social media posts.