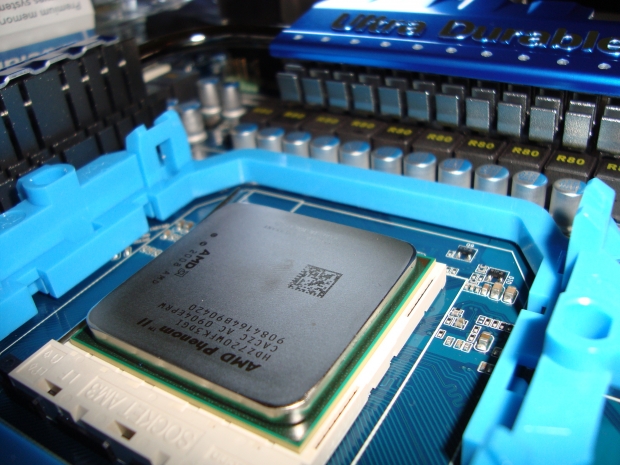 Last week AMD announced its next generation PRO series APUs for business desktop and notebook PCs and now some more details have come to light.

These were  codenamed "Godavari PRO" and "Carrizo PRO" and will ship with business-class quality assurance, longer product longevity and extended warranty support.

The processors use optimised Excavator microarchitecture, and have a larger level 1 instruction cache, but smaller level 2 cache than previous generation of PRO APUs.

The A6 PRO-8500B is a dual-core chip with 1.6 GHz clock speed, 1 MB L2 cache and Radeon R5 series graphics. Other three APUs have 4 CPU cores, double cache and R6 or R7 graphics. The CPU cores are clocked from 1.6 GHz to 2.1 GHz depending on model. Turbo Core frequency is supported by all processors, and its maximum frequency ranges from 3 GHz to 3.4 GHz.

The A4 PRO-8350B and A6 PRO-8550B is a low end dual-core APUs with Radeon R5 series graphics. The A8- and A10-Series products have 4 CPU cores and Radeon R7 series GPU. Desktop parts are clocked much higher than mobile processors. Their clock rates start at 3.2 GHz. The flagship A10 PRO-8850B operates at 3.9 GHz, and has the maximum boost frequency of 4.1 GHz. It is the only chip with 95 Watt TDP. Other models are rated at 65 Watt TDP: