Apple’s Night Shift does not work 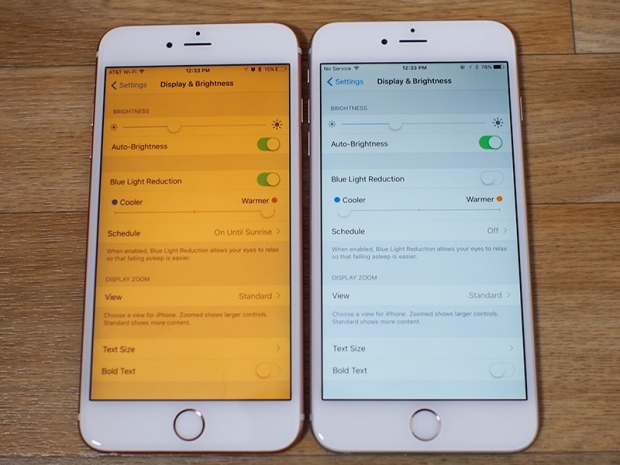 Does not make the slightest difference to your sleep patterns

Boffins at Brigham Young University have called out Apple's Night Shift system as snake oil and said that it does not improve your sleep quality.

For those who came in late, Night Shift was first introduced as part of the iOS 9 update and is designed to make iPhone screens warmer during the evening. That cuts down on the amount of blue light emitted by the devices which, in turn, is supposed to help with sleep.

The feature was praised by the Tame Apple Press who claimed it helped them all nod off quicker.

However now an actual study shows that Night Shift doesn't help at all.

BYU researchers assessed the sleep quality of 167 apple fanboys by asking them to wear a wrist accelerometer before sleep.

"There were no significant differences in sleep outcomes across the three experimental groups", the researchers concluded. For individuals who slept more than 6.8 hours per night, there was some improvement in sleep quality for those who did not use their smartphones at all.

But Night Shift didn't have a significant impact, and there was no difference between those who used smartphones and those who didn't when the amount of sleep was less than 6.8 hours per night.

"This suggests that when you are super tired, you fall asleep no matter what you did just before bed... the sleep pressure is so high, there is really no effect of what happens before bedtime", said Chad Jensen, one of the researchers.