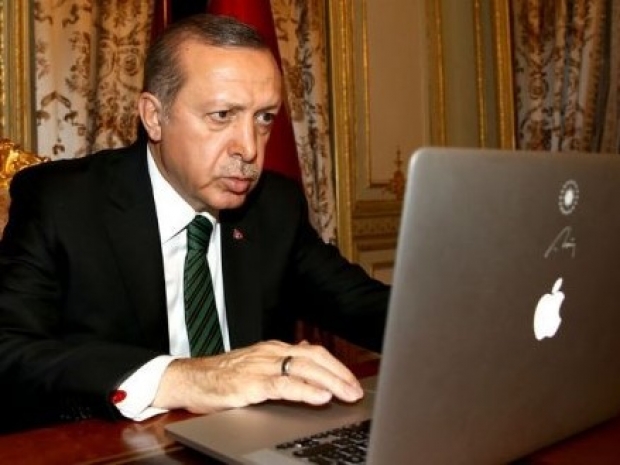 IPhone gets the works

It takes a lot for us to agree with Turkish strongman Tayyip Erdogan, but it seems in the midst of his war with America he has made a sane move – he has told his people not to use the iPhone.

"If they have iPhones, there is Samsung on the other side. We have Vestel Venuüs in our country”, Erdogan said, referencing a Turkey-based smartphone manufacturer during the announcement to members of his national conservative Justice and Development Party.

Turkish fixed-line operator Turk Telekom said it clinched a cooperation deal with Vestel after President Tayyip Erdogan called on Turks to use locally-made mobile phones instead of Apple’s iPhone.

Vestel will be able to use Turk Telekom’s sales infrastructure for its smartphones, the statement said, adding the campaign is expected to begin at the end of the year.

Turkey is a massive market for Apple and its CEO Tim Cook has been seen whinging and dining with President (Prince of Orange) Trump, even though some of Trump’s cabinet would like to see Cook stoned in the name of their loving Jesus for being homosexual.

Erdogan has worked out that if Apple is kicked out of Turkey as part of the trade war that Trump has started against the country, then he would have a powerful and rich lobbyist telling Trump to sling his hook.

Of course, the Tame Apple Press is furious. Mashable ranted that “Turkey relies on Apple more than Apple relies on Turkey. Only 2.08 per cent of Turkish smartphone users owned a Vestel last December, while 17.41 per cent owned Apple iPhones”.

Of the 41.09 million projected smartphone users in Turkey last year, 7.15 million of them used Apple. How that is a sign that Turkey needs Apple when it has a lot of other things it needs first is a mystery wrapped in an enigma enclosed in a conundrum.

Its point is that declaring war on Apple will not dent the fortunes of the company and might anger those Apple fanboys who might rise and overthrow Erdogan to get the latest iPhone. Personally, we doubt it. In any event, if an army uprising and corruption scandals and the crash of the currency could not get rid of him, we doubt an uprising of Apple fanboys would do much other than amuse him, particularly when it can be defeated by calling their mums.