AMD to show Vega 20 at Computex 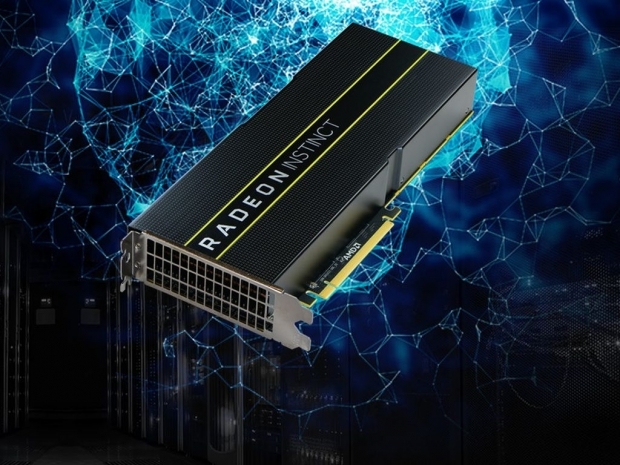 AMD is getting ready to showcase the Vega 7nm GPU that will exclusively be used for Artificial Intelligence (AI).

The company already announced the existence of such part, but it kept insisting that, at least for now, 7nm Vega is focused on the Instinct brand for artificial intelligence and machine learning applications. This 7nm GPU will not be used for gaming as it would simply be too expensive. This is what multiple sources confirmed to us at this point.

Vega 20 for instinct will have 32GB HBM2 memory, which is definitely something Nvidia is targeting with its V100 based 32GB card.

Actual shipping of this product can be expected in the later part of the year. We cannot even pin it down to a quarter but some suggest that we should see it either in very late Q3 or more likely in Q4 2018.

AMD knows that the AI market is willing to pay the price for 32GB HBM2 cards, as some of these frameworks are too big to run on 16GB cards, and of course, you want to run them at the fastest possible memory speed. This is the HBM2 as it sits on the same PCB as the Vega 20 GPU.

There is a slight chance that AMD might make Vega 20 into a Radeon Pro part, as it can get more money than the BOM (Bill of Material). Bear in mind that a 7nm big GPU won't have great yields. No one has made 7nm GPUs so far and obviously yields at the beginning are slim.

To our knowledge, Nvidia will stay with 12nm TSMC for its Turing cards as 7nm is too risky for massive scale gaming GPU production.

Anyway, expect AMD to show its Vega 20, 7nm 32GB card at its press conference at Computex, coming Wednesday, June 6, 10 AM Taiwan local time or 4 AM CET. This would translate to 8 PM Pacific time on Tuesday for the US.