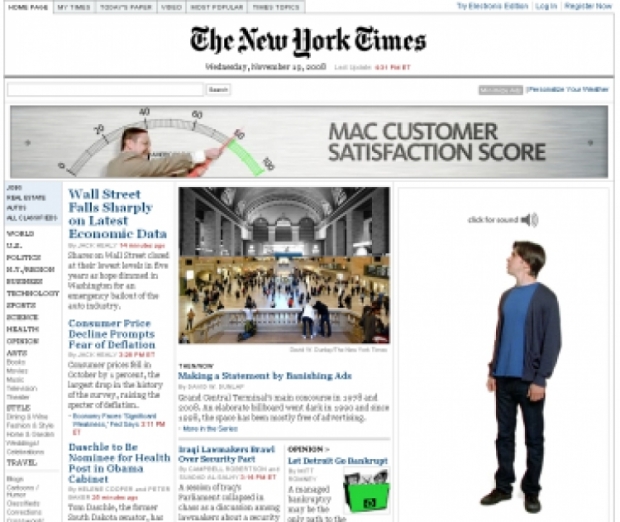 It is irrelevant now everything runs on Macs

Apple fanzine the New York Times' "On Tech" newsletter has dismissed the news that  Microsoft releasing a new version of Windows as a "non event".

For those who don't know, the New York Times gets moist every time Tim Cook has a bowel movement and hints at a new Apple product.  However, in this article Shira Ovide, dismissed the arrival of a new Windows  as a non event.

"This shows the technology has evolved from a succession of Big Bang moments to something so meshed into our lives that we often don't notice it", Ovide's op-ed says.

In the narcissistic way of the US press, Ovide distracts from the subject of his piece by talking about himself.

"The last version of Windows as we knew it was arguably released in 2012. I was a reporter at The Wall Street Journal at the time, and my professional life that year was dominated by the unveiling of Windows 8 — including the anticipation, the strategy around it, and its eventual reception. But that was basically the end of an era. New releases of Windows since then have become progressively less major."

Of course,  one of the reasons why no one cares about Windows anymore is the fact that Apple invented the smartphone and made PCs history.

"A significant reason is that personal computers are no longer the centre of our digital lives. A new iPhone model gets a lot of attention — although it shouldn't get so much — but a refresher to Windows doesn't", the writer said.

So having got the advertising for Apple out the way, the writer does make an important point. While many remember the days of the arrival of new versions of Windows, the release of the later versions of Windows are extremely low key.  Even when some of the "updates" would count as new to PCs.

Basically, because Microsoft incrementally revises Windows, new versions of the software matter less to most people.

"But more than that, a Windows launch morphing from a big thing to something a professional tech writer didn't see coming reflects what technology has become. It's no longer strictly the shiny new object that comes out of a box every once in a while. Technology is all around us all the time, and it's perfectly normal", Olvide wrote.

Which is how it should be.  Tech without hyping minor innovations to the sky.  If only there were a tech press in the US who did not assist in that process by advertising one company over another.