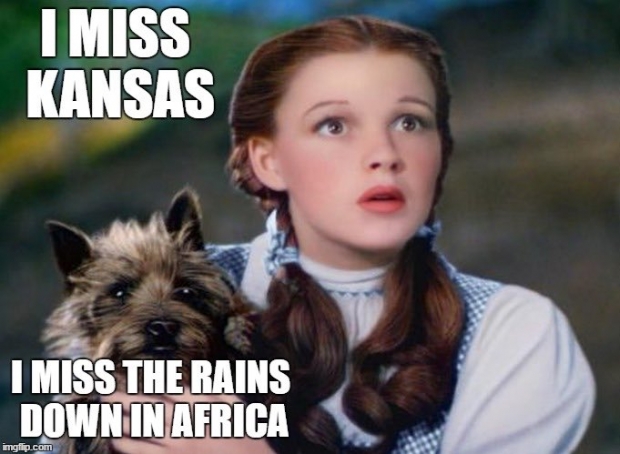 A team of boffins at the University of Texas at Austin have stuffed a copy of the Wizard of Oz onto a strand of DNA.

The boffins wanted to prove that DNA was millions of times more efficient at storing data than your laptop's magnetic hard drive and can store data far more densely than silicon.  Apparenlty you could put the entire internet inside just a few grams of it.

In a paper published  in the journal Proceedings of the National Academy of Sciences, Ilya Finkelstein, an associate professor of molecular biosciences at the University of Texas at Austin and company detail their new error correction method.

They were able to store the entirety of The Wizard of Oz, translated into Esperanto, with more accuracy than prior DNA storage methods ever could have. We're on the yellow brick road toward the future of data storage.

Researchers at the University of Texas at Austin are certainly not the first to have encoded a work of art onto strands of DNA... [A] team of researchers from Microsoft and the University of Washington fitted 200 megabytes of data onto lengths of DNA, including the entirety of War and Peace. In March 2019, they even came up with the first automated system for storing and retrieving data in the manufactured genetic material. Today, other major technology firms are also working in the space, including both IBM and Google.

The ultra-secretive US Intelligence Advanced Research Projects Activity — the government's version of DARPA, but for spies — is even invested in the work. These researchers see a future where some of the most precious, but rarely accessed data, can be stored in vials of DNA, only pulled down from the cool, dark storage of the lab, as needed.

Because there are four building blocks in DNA, rather than the binary 1s and 0s in magnetic hard drives, the genetic storage method is far more dense, explains John Hawkins, another co-author of the new paper. "A teaspoon of DNA contains so much data it would require about 10 Walmart Supercenter-sized data centers to store using current technology", he told Popular Mechanics.

"Or, as some people like to put it, you could fit the entire internet in a shoe box." Not only that, but DNA is future-proof. Hawkins recalls when CDs were the dominant storage method, back in the 1990s, and they held the promise that their storage could last forever, because plastic does - but scratches can be devastating. Data stored on DNA, on the other hand, can last for hundreds of thousands of years. In fact, there is a whole field of science called archaeogenetics that explores the longevity of DNA to understand the ancient past.

DNA storage doesn't require any energy, either — just a cool, dark place to hang out until someone decides to access it. But the greatest advantage, Hawkins says, is that our ability to read and write DNA will never become obsolete....

But like all data storage methods, DNA has a few shortcomings as well. The most significant upfront hurdle is cost. Hawkins says that current methods are similar to the cost for an Apple Hard Disk 20 1980. Apple charged $1,500 for  20 megabytes of storage. Apple fanboys paid for it even if they didn't have a Coldplay collection or anything they could put on it.