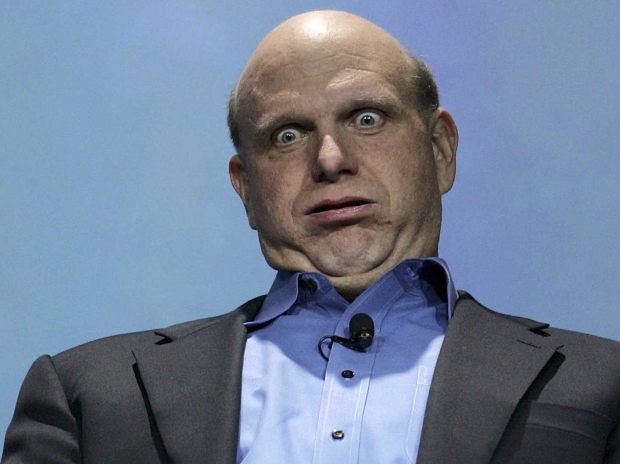 How Open Source conquered the world

CNBC Explores released a 14-minute documentary this month called "The Rise Of Open-Source Software" that open-source software "has essentially taken over the world".

It points out that companies in every industry, from Walmart to Exxon Mobile to Verizon, have open-sourced their projects. Even Microsoft, whose former CEO, the shy and retiring Steve Ballmer (pictured) called open source "a cancer" has completely changed its point of view and is now seen as a leader in the space.

In 2016 the US government even promised to open-source at least 20 percent of all its new custom-developed code."

It all started in the 1970s when printer jam at MIT which led to the purchase of a proprietary printer that inspired Richard Stallman to quit his job to develop the GNU operating system and spearhead the free software movement.

The documentary describes how Linus Torvalds "unceremoniously released" Linux in 1991, and report that "by the turn of the century, NASA, Dell, and IBM were all using it".

One thing CNBC points out is that for the layperson at the turn of the century, the rise of these technologies could have gone unnoticed. After all, hardly anyone ran Linux on their personal computers, and despite numerous claims that "[insert year] will be the year of Linux on the desktop" it never happened.

The closest was in 2008 when Google released Android devices, which ran on a modified version of Linux.

The documentary then traces the open-source movement up through our current decade, even mentioning Microsoft's acquisition of GitHub, IBM's acquisition of Red Hat, and various monetisation models (including GitHub's new "Sponsors" program). And it ends with the narrator calling open source development "the new norm". Norm was unavailable for comment.

Jim Zemlin, Executive Director of the Linux Foundation, told CNBC that 10,000 lines of code are added to Linux every day. "It is by far the highest-velocity, the most effective software development process in the history of computing... As the idea of sharing technology and collaborating collectively expands, we're moving into open hardware initiatives, data-sharing initiatives. And that's really going to be the future...

"The complexity of building these technologies isn't going down, it's only going up. We can get that technology out there faster when everybody works together."