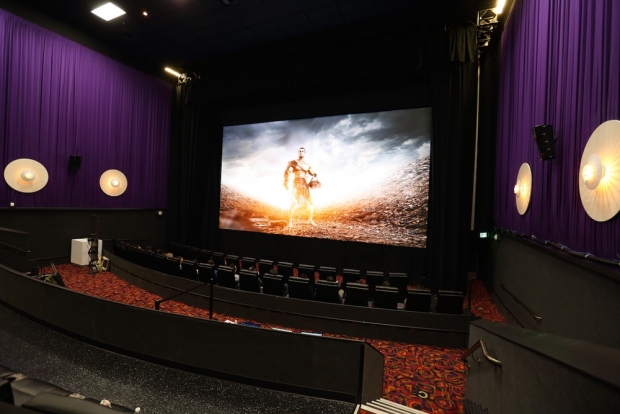 Samsung has come up with a 34-foot 4K LED screen

Samsung has released a new 34 foot Cinema Screen which can deliver 4K images.

The screen is being billed as the world’s first High Dynamic Range LED theatre screen.

Samsung is showing the tech at the Cinemark Century Orleans 18 and XD Theatre in Las Vegas.

There’ll also be a new audio "solution" from Harman and Samsung’s Audio Lab.

While it is larger than the largest telly, the 34-foot screen is a little on the small side to replace the projection screens in your local theatre. Most of them are about 45-feet with an IMAX display being 72-feet.

Sang Kim, Vice President of Samsung Electronics America, said that the popularity of advanced at-home entertainment systems and streaming platforms was increasing, so theatres must re-position themselves as a destination for an incomparable viewing experience that consumers simply cannot encounter anywhere else.

Basically the idea is to have smaller theatres with smaller higher quality screens which views may not have at home.

“Our new Cinema Screen technology brings a more powerful and high-quality picture to the big screen, creating an environment where viewers feel as if they are part of every scene,” he said.