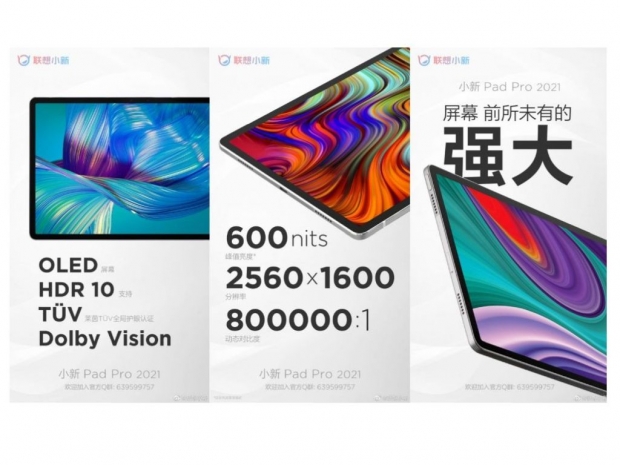 It appears that Lenovo could be bringing a high-end Android tablet to the market, as one has been spotted in China under the Xiaoxin Pad Pro 2021 name, featuring a 90Hz OLED screen and Qualcomm's Snapdragon 870 SoC.

In addition to the alleged Lenovo Yoga X tablet, which has been also spotted online with a dedicated HDMI input, allowing it to be used as an additional monitor, another Android-based Lenovo tablet has been spotted in China.

Dubbed the Xiaoxin Pad Pro 2021 in China and spotted by Gizmochina over at Weibo, the tablet packs some premium features, including a high-end 2560x1600 resolution OLED panel with 600-nits brightness, an 800,000:1 contrast ratio, and a 90Hz refresh rate, as well as a quite capable Qualcomm's Snapdragon 870 SoC.

So far, the details are quite scarce as there is no word on the actual size of the screen or other specification but it appears to be available in 8GB/128GB configuration, use USB-C port, have support for Dolby Vision, metal frame, as well as features four speakers.

The tablet could come to the rest of the world under a different name and judging by those specifications, we do not expect it to be cheap and more likely to target the premium Android tablet market.