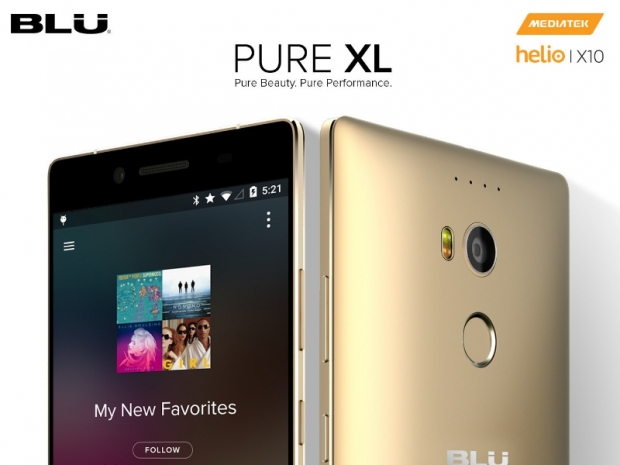 After doing so well in China for a while, MediaTek has announced its first US phone based on its flagship Helio X10 processor.

Blu Pure XL is a 6 inch Phablet with a great specification. It has a six inch 3K WQHD display with 2560x1440 resolution on a super AMOLED screen protected with Gorilla Glass 3.

The Phablet is powered by a mediaTek MTK 6795 Helio X10 processor with eight cores clocked at 2.0GHz with PowerVR G6200 graphics. We tried quite a few phones with this processor and despite its 50,000 score in Antutu, this octa A53 SoC has a respectable system performance making it very comfortable to use.

The phone comes with 3GB RAM, microSD slot and 64GB internal memory. It ships with Android 5.1 Lollipop out of the box and it has a 3,500 mAh battery with 9V/ 2A Quick charger. 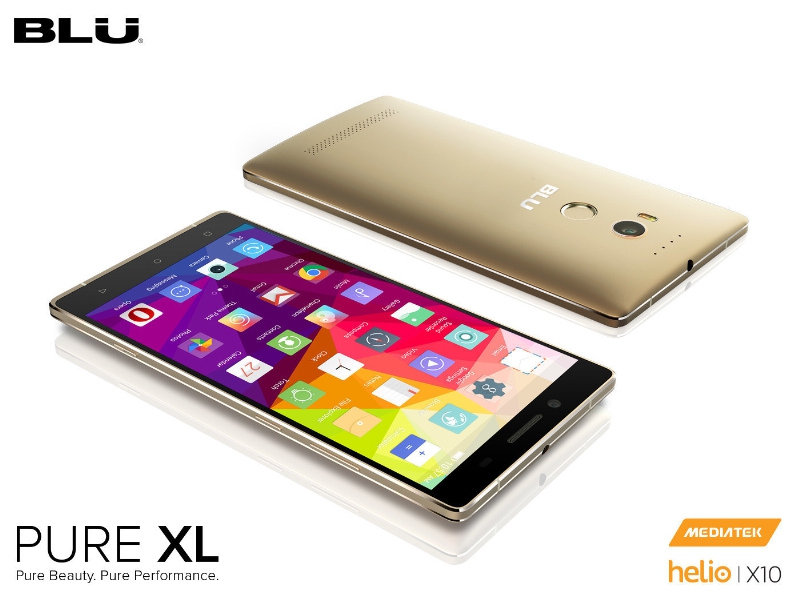 Blu didn’t forget about the fingerprint reader, but one of the most interesting features is the F/2.0 24 megapixel camera with true tone flash. This camera should make some good looking pictures. The selfie camera has a respectable 8 megapixel rating and the phone can record 4K Ultra HD content.

"The partnership between MediaTek and BLU has produced a powerful and attractive smartphone in the Pure XL. The Helio series is our flagship family of extreme performance processors that provide consumers with the cutting-edge multimedia experience they demand from their smartphone today, combined with efficiency and extended battery life that supports current usage patterns."

Blue Pure XL will go on sale exclusively on Amazon.com on September 29 for $349.00, unlocked, with 4G LTE support nationwide on T-Mobile and AT&T Networks. This is a first step toward launching more of these phones for T-Mobile and AT&T on contract, but we expect to see more MediaTek powered phones for the US market in 2016.