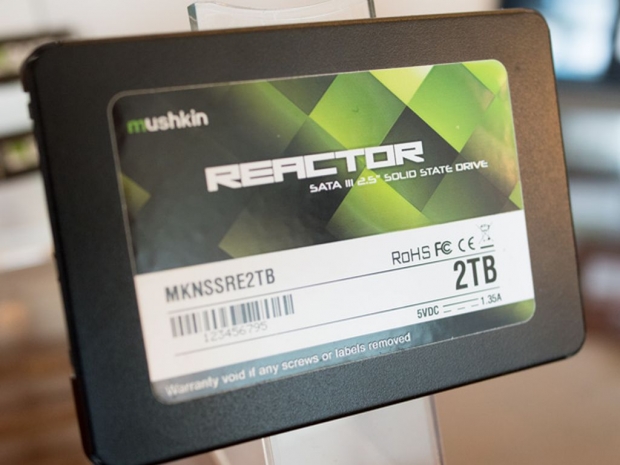 While CES 2016 was pretty much crowded with new solid state drives (SSDs), a new addition to Mushkin's Reactor SSD lineup certainly caught a lot of attention as it promises 4TB of capacity for US $500.

Solid state drives (SSDs) based on Silicon Motion's SM2246EN controller are quite rare on the market, but Mushkin's Reactor 1TB SSD was a great choice if you were looking for capacity rather than performance and it appears that it will only get better in future with tnew controller and NAND flash memory.

At the CES 2016 show in Las Vegas, Mushkin showed a new addition to the Reactor SSD lineup which will feature an updated Silicon Motion SM2246EN controller with support for 3D NAND and expand the maximum capacity of the Reactor SSD series to to 2TB. According to details provided by Techreport.com, the new Reactor SSD is based on 3D MLC NAND flash and promises great mix of performance and affordability.

Mushkin's new 2TB Reactor Series SSD sounds really promisng but Mushkin had another surprise at CES 2016 show, showing that it can actually pair up two 2TB SSDs with JBOD on a single PCB, making a 4TB Reactor series SSD. Although it will have a certain effect on random read and write performance, peaking at around 10K IOPS, it will still provide more capacity than any other similar SSD on the market, offering good performance for applications needing more storage and sequential performance rather than random performance.

According to the same report, Mushkin plans to attach a US $500 price for the 4TB Reactor SSD when it becomes available after the release of the 2TB version, scheduled to launch in Q2 2016.