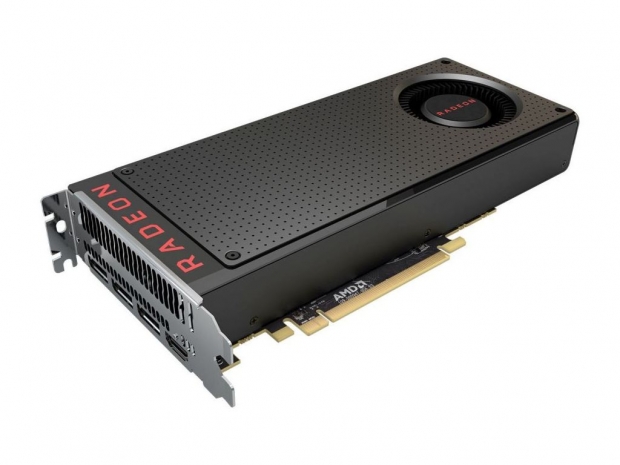 AMD Radeon RX 480 3DMark 11 benchmark score has been spotted online and it appears that it should pack quite a punch for its price.

Meant to hit retail with the US $199 price tag, the AMD Radeon RX 480 is based on AMD's Polaris 10 GPU, and although we knew it should offer over 5 TFLOPs of single-precision compute performance, we did not see any actual benchmark results until today.

The alleged benchmark has been spotted in the official 3DMark database where it is listed as an unknown graphics card. The Radeon RX 480 has been previously confirmed to come with the 67DF:C7 device ID so this benchmark result looks like a real deal. In case you missed it earlier, the Radeon RX 480 has 36 CUs with 2304 Stream Processors and comes with 4 or 8GB of GDDR5 memory, clocked at 2000MHz (8.0GHz effective), paired up with a 256-bit memory interface. The Polaris GPU is extremely power efficient so the RX 480 ends up with a 150W TDP and needs a single 6-pin PCIe power connector.

The P14461 score in 3DMark 11 puts the Radeon RX 480 around 2500 points above the VR gaming minimum score on a system based on Nvidia Geforce GTX 970 so it should live up to AMD's promise of providing VR gaming experience on a US $199 priced graphics card. Of course, we are talking about an 8GB version and 4GB one could end up with a slightly lower score. AMD is obviously targeting the GTX 970 and GTX 980 as the competition for the RX 480 so it is obvious that Polaris 10 won't get anywhere near Nvidia's Pascal-based GTX 1070 and GTX 1080, not with performance or the price.

While AMD AIB partners might not be able to hit US $199 mark since custom factory-overclocked versions will be available soon after the launch of the reference RX 480 8GB on June 30th, the Radeon RX 480 still sounds like a great deal, offering decent performance per buck. 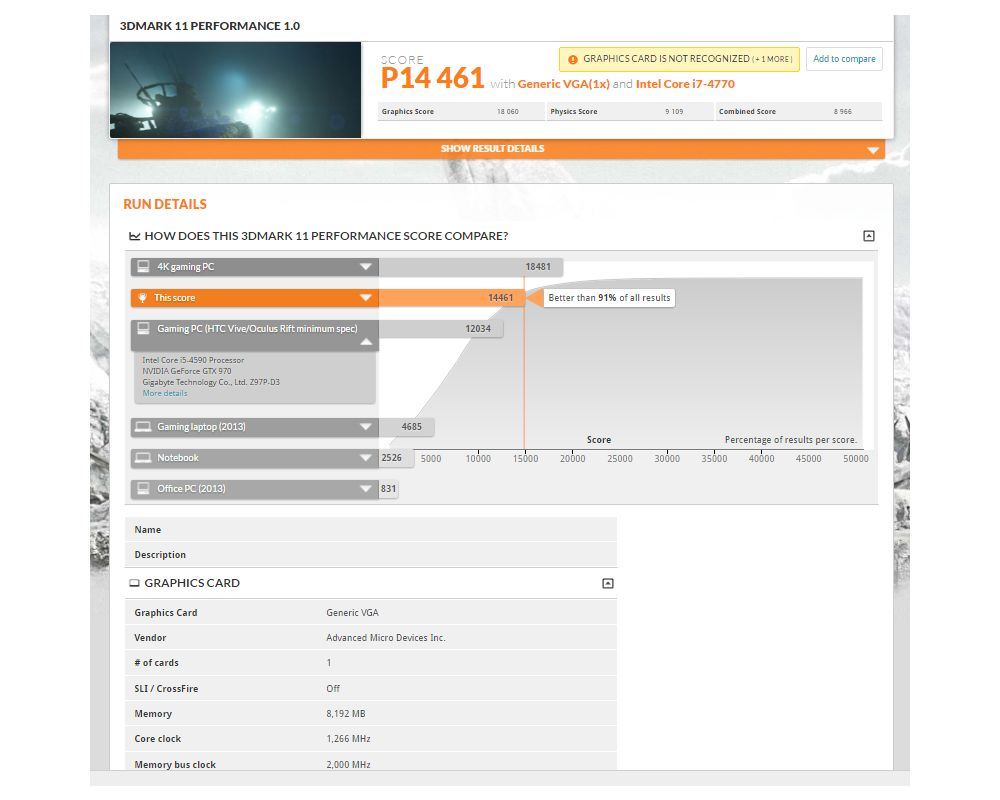 Rate this item
(38 votes)
Tagged under