MSI has announced a 4GB version of its Geforce GTX 770 Gaming graphics card that will hit retail/e-tail with a N770 TF 4GD5/OC model number.

Pretty much same as the previously available 2GB GTX 770 Gaming, the new one features double the amount of memory, same non-reference PCB and MSI's Twin Frozr IV cooler with two 100mm fans and large heatsink. As it was the case with the previous one, the new GTX 770 Gaming 4GB also feature factory-overclocked settings set to work at 1137MHz GPU base and 1189MHz GPU Boost clocks while 4GB of GDDR5 memory paired up with a 256-bit memory interface ended up clocked at 7010MHz.

Unfortunately, MSI did not announce any detail regarding the price or the actual availability date but you can expect it hit retail with a price of around US $450. 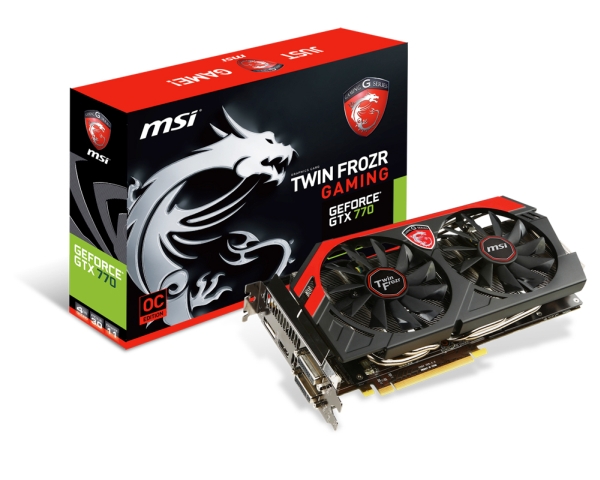