In order to keep the green camp happy today, MSI has rolled out two own versions of the new GF106 based GTS 450 cards. Both cards are pretty much the same as both feature the MSI Cyclone cooler, same specs (except for the clocks) and both boast MSI's Over Voltage feature.

According to MSI, the Cyclone Thermal Design, or simply, Cyclone cooler, keeps the GPU at 17C lower temperature when compared to the reference cooler. The Cyclone cooler features 90mm PWM fan and nickel-plated copper base paired up with two heatpipes.

Both cards should appear in retail pretty soon. 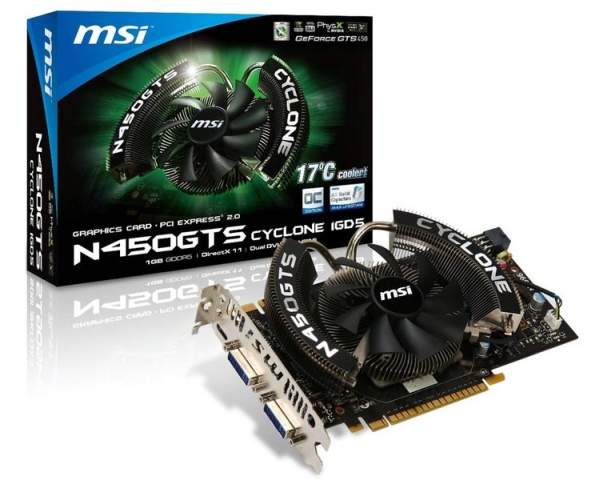 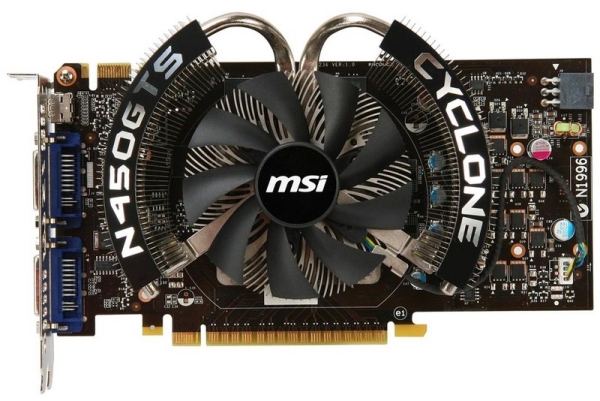