AI can predict when you die 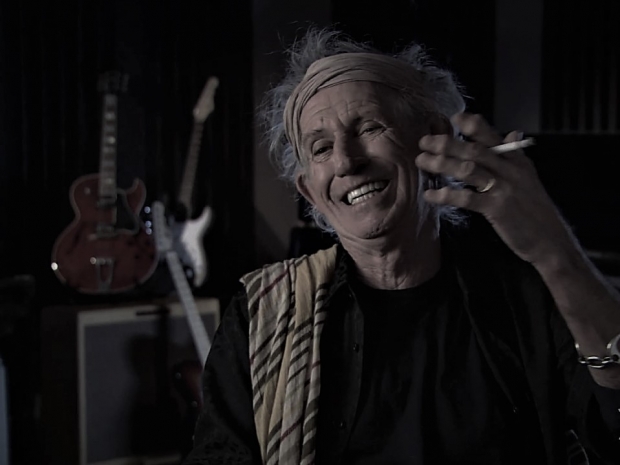 ...can't do Keith Richards of course

Boffins from the University of Nottingham believe their AI and Machine Learning can predict premature death.

In a study of over half a million people between the ages of 40 and 69, Nottingham’s team of healthcare data scientists and doctors developed and tested their system of computer-based ML algorithms to predict the risk of early death due to chronic disease.

They found their AI system was not only “very accurate in its predictions" but that it "performed better than the current standard approach to prediction developed by human experts”.

The study was published by PLOS ONE in a special collections edition of “Machine Learning in Health and Biomedicine”.

The Notts boffins used health data collected from people recruited to the UK Biobank between 2006 and 2010 and followed up until 2016. The UK Biobank is a primary national resource for health research in the UK, improving the prevention, diagnosis and treatment of a wide range of severe and life-threatening illnesses – including cancer, heart diseases, stroke, diabetes, arthritis, osteoporosis, eye disorders, depression and forms of dementia.

The 500,000 people who took part in the project have undergone measures, provided blood, urine and saliva samples for future analysis, detailed information about themselves and agreed to have their health followed.

Stephen Weng, assistant professor of Epidemiology and Data Science at the University of Nottingham said: “We have taken a major step forward in this field by developing a unique and holistic approach to predicting a person’s risk of premature death, by machine learning. Preventative healthcare is a growing priority in the fight against serious diseases, so we have been working for some years to improve the accuracy of computerised health risk assessment in the general population. Most applications focus on a single disease area, but predicting death due to several different disease outcomes is highly complex, especially given environmental and individual factors that may affect them.”

Weng said his team’s system uses computers to build new risk prediction models that take into account a wide range of demographic, biometric, clinical and lifestyle factors for each individual assessed, including their daily dietary consumption of fruit, vegetables and meat.

“We mapped the resulting predictions to mortality data from the cohort, using Office of National Statistics death records, the UK cancer registry and ‘hospital episodes’ statistics. We found machine learned algorithms were significantly more accurate in predicting death than the standard prediction models developed by a human expert.”

Artificial Intelligence and ML models dubbed “Random Forest” and “Deep Learning” were used in the study. They were pitched against the traditionally-used “Cox Regression” prediction model based on age and gender – found to be the least accurate at predicting mortality, Weng said.

Diagnostics and prognosis has been a field were machine learning use is rapidly growing. Prognostics have relied on statistics to predict the future risk of developing heart disease. And these have demonstrated high predictive accuracy, verified and replicated with numerous validation studies.

“Thus, the challenge for applications and algorithms developed using ML is to not only enhance what can be achieved with traditional methods, but to also develop and report them in a similarly transparent and replicable way”, the authors wrote.

“In the era of big data, there is great optimism that machine-learning can potentially revolutionize health care, offer approaches for diagnostic assessment and personalize therapeutic decisions on a par with, or superior, to clinicians”, the authors wrote.

“ML techniques rely on machine-guided computational methods rather than human-guided data analysis to fit a ‘function’ to the data in more standard statistical methods. While ML can still use familiar models such as Logistic Regression, many other ML techniques do not use a pre-determined equation. Artificial neural networks, for example, seek to determine the ‘best function’ which efficiently models all complex and non-linear interactions between variables while minimizing the error between predicted and observed outcomes.”

Prognostic modelling using standard methods is well-established, particularly for predicting a person’s risk of a single disease. “Our recent research has used ML approaches for prognostic modelling using routine primary care data,” the authors wrote. “This demonstrated improved accuracy for prediction of cardiovascular disease…Machine learning may offer the potential to also explore outcomes of even greater complexity and multi-factorial causation, such as premature death.”

Of course, there is always the risk that insurance companies will use it to create an underclass of uninsurable people.