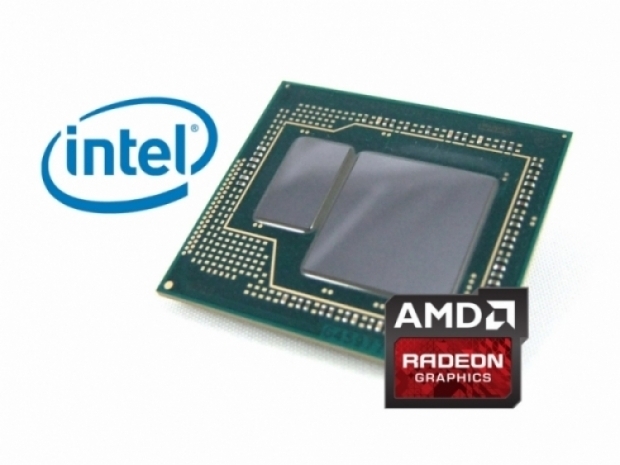 Vega based coming in Q1 18 ish

Intel has been working on what was internally called the Paolo Alto P22 project and that was the Vega HBM 2 based GPU that takes closely to Intel’s 8th Generation CPU.

Intel announced this as Kaby Lake G and it was so big that Christopher (Chris) M. Walker Vice President, Client Computing Group General Manager, Mobility Client Platform,  made a whole editorial about it.

The Palo Alta P22 project started over two years ago, as it takes at least that much time to get things ready for the future of thinner gaming notebooks. As far as we know, this is not a lone wolf, there will be more.

Intel doesn’t say that this is a Vega based product, but we can confirm that it is. It has to be, as it uses HBM 2 but the product obviously uses much fewer cores than the desktop version. This is also kind of obvious since Intel has to observe the thermal dissipation limitations of the mobile solution.

The GeForce GTX 1050 has between 40 and 50W TDP and this is roughly what we would expect from the Intel + Vega solution too.

The graphics inside Intel eight generation Core notebooks will be branded as Vega. Intel’s Embedded Multi-Die Interconnect Bridge (EMIB) technology is what allowed the 8th Generation H mobile processor to talk to the RTG Vega core and access HBM 2 memory and we don’t have enough information whether Intel borrowed some infinity fabric ideas from AMD, or not.

There is a hope that HBM 2 powered graphics will deliver decent graphics performance, but I would not expect miracles. It should end up faster than the mid-range mobile Polaris 500

There are two motivations for the Kaby Lake G  because Intel has married HBM2 and Vega. One is to make a smaller footprint solution and thinner notebooks and go after Nvidia. As we suggested, Apple wanted something like this, but Kaby Lake G arrives too late for the Apple December notebook refresh.

The second motivation is faster gaming including VR, as Intel realizes that it cannot really do good VR with its own integrated graphics. It needed AMD or Nvidia to do that, and AMD was the easier and more affordable choice too. Of course Intel doesnt want to forget the content creation market which can benefit from a better GPU in a slim form factor. Notebooks based on Kaby Lake G can be expected in Q1 - Q2 2018 timeframe.

Before someone asks the obvious, this information comes from our well placed industry sources who like their anonymity preserved. 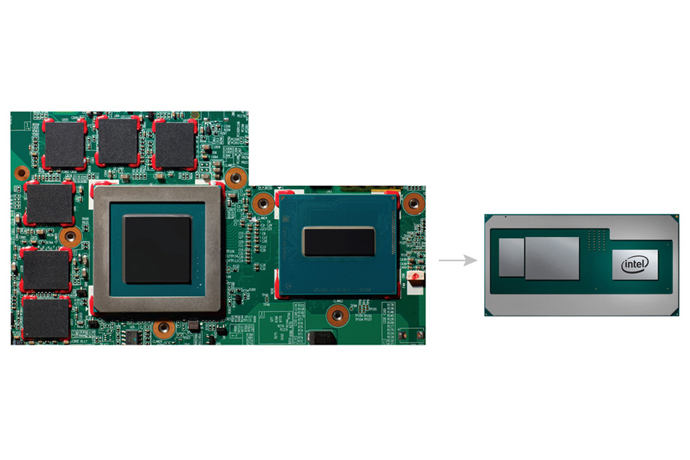