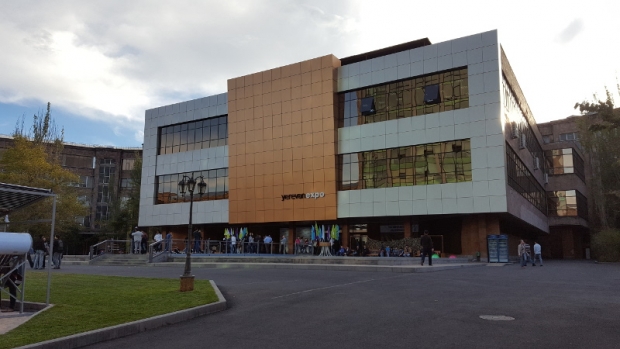 Augmented reality and the rest

Last week I took the time to go to an IT trade show in Yerevan, Armenia and it almost brought tears to the eyes of a hardened cynical journalist. If you can believe that - and I know you won’t - here's some evidence to put you under my spell.

Let me give you some background. Over the last 30 years I’ve been to CeBIT, to CeBIT and to CeBIT again until the scales fell off my eyes and I realised that a German oompah band didn’t make up for the fundamental lack of ideas.

The Computex trade show in Old Taipei has never ceased to amaze me since I first went there in 1989. These Taiwanese people trade in ideas and are also most charming people.

Let me get down to brass tacks.

Digitec Expo 2016 was just buzzing with ideas and with startups upstarting as if there is no tomorrow.

I was minding my own business when a chap called Aryan Behzadi came up to me and showed off the apps his company Triple E is creating. His firm is into augmented reality (AR). While he himself is Iranian, his entire team is Armenian and so flip over to www.triplee.info for more about the stuff these guys are doing.

I was minding my own business having a fag outside the conference centre when a big burly guy shoved me aside because someone very important was interested in guns. He is the president of Armenia, a silver foxy guy who I didn’t get a chance to chat to. Oh, and by the way, never use a preposition to end a sentence with.

I have to say that my visit to Digitec Expo 2016 was quite a bit of an eye opener. I knew and have known for decades about how bright and shiny Armenians are and were, but this place is startup heaven.

The exhibition itself is full of bright ideas and, more importantly, had that buzz which has been missing from West European trade shows for decades. More importantly, everyone, men and women, grownups and kids, were excited about the technology and even for a hardened old cynic like me, that brought tears to me eyes.

More on this later, after I recover from the jet lag and the shock of being exposed to something quite exciting, even for a battle hardened cynic. You can find more about this Digitec mob, here.  The picture shows the expo center early in the morning. A little later on, you could hardly move for the thrall.