Intel has just demonstrated the 802.11ad wireless standard that will use currently unoccupied 60MHz channel. For a few that might be familiar with 802.11n and new coming and slowly adopting 802.11ac they both use 20MHz or 40MHz channels at 2.5 or 5GHz that are already pretty busy.

The first demo didn’t work, but when they got it up a few minutes later, the notebook managed to communicate to two monitors via wireless and the wireless hard drive also connected without and performed fast enough to play Full HD content. The plan is to get rid of most of the cables on our beloved desks. Again the problem remains the fact that wireless tends to fail when you get a lot of devices using the same 60MHz band, and sooner or later it will also get crowded over there and you don’t want your monitors to be disrupted because there are too many people at the trade show.

The 802.11ad certification program is slated for mid-2013 and the certified parts can be expected a year later. Intel hopes that a lot of devices will end up using this new standard. The plan is to kill connectors in the next few years but I guess it will take some time before this really kicks off. 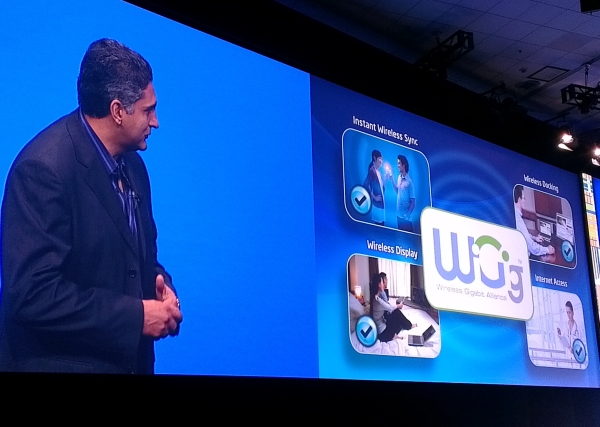 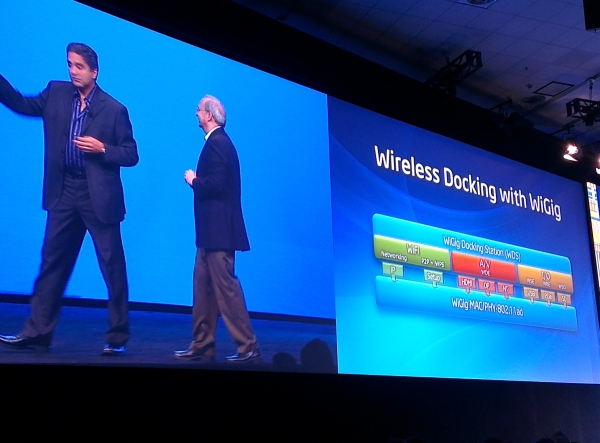 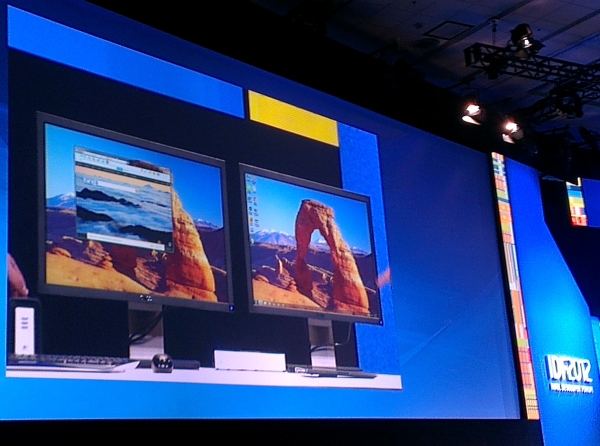