Our today's guest is Sony Ericsson’s Xperia Neo. This time of year is usually full of special offers and although the phone costs a bit less than €250 in stores, we got it for €1 by signing a contract with our telco. We did our homework well and this was the way to go as the same deal that cost us €400 on the internet would cost €530 if we bought it from the store. Our readers from Austria should probably read this as we managed to get our mitts on Xperia Neo and Orange phone number with free internet access.

Xperia Neo is a midrange phone but offers most features users may need. In fact, finding a better phone in this class will be quite difficult. It looks quite attractive from the pictures but today we'll see how it fares in practice. 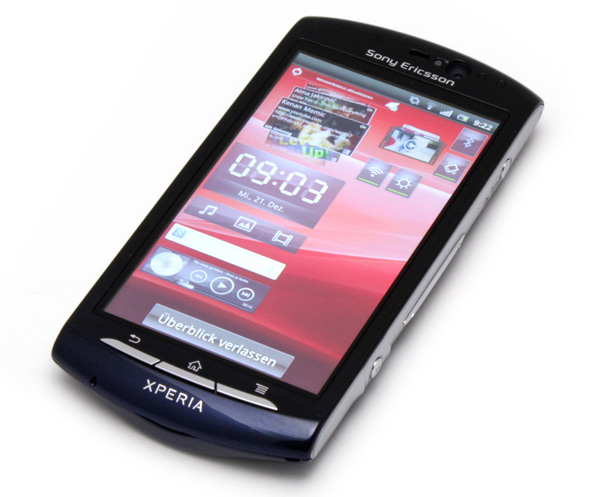 Almost all telcos in Austria ask for €50 for number activation, and Orange is no excuse. However, if you fill out the form on Orange's web portal yourself, which is obviously much easier, you can get away with not paying €50 for activation.

Orange won't give Xperia Neo for €1 if the program is less than €20 per month, but we found this a bit too pricey. Instead, we found a way to register for the €20 program and pay it €18. What you'll need is a nice little voucher that gives 10% discount to the basic monthly rates, and you can find it here.

However, we must admit that wouldn't have opted on Xperia Neo had we not seen that Orange is giving away free two-month subscription. This means that the Xperia Neo will cost you €400 over two years, coupled with 1,000 free minutes of conversation in all Austria's networks as well as free internet.

Although we could say that we were pleased with Xperia Neo in general, there are a few aspects where this phone falls short.

Xperia Neo measures 116 x 57 x 13 (LxWxH) so it's quite easy to handle. We had no issues using it with either hand and the curved edges make it quite a comfortable phone. The design may be a bit unusual, but we guess that's what makes it special. 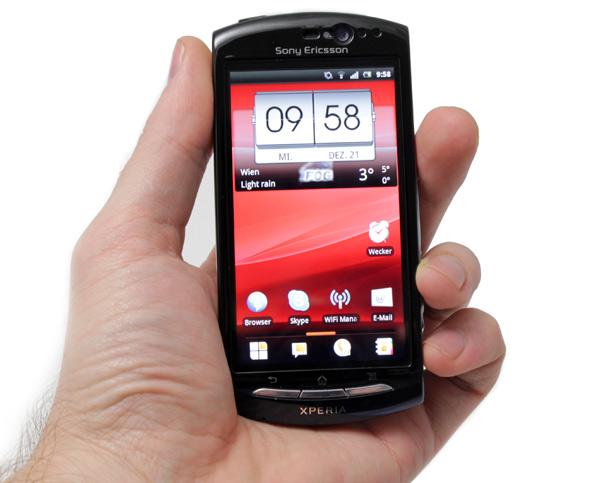 We spent a lot of time lately using HTC's Titan, which has a 4.7'' screen. While the Titan sometimes required using both hands, everything on Xperia Neo can be done with one hand only. 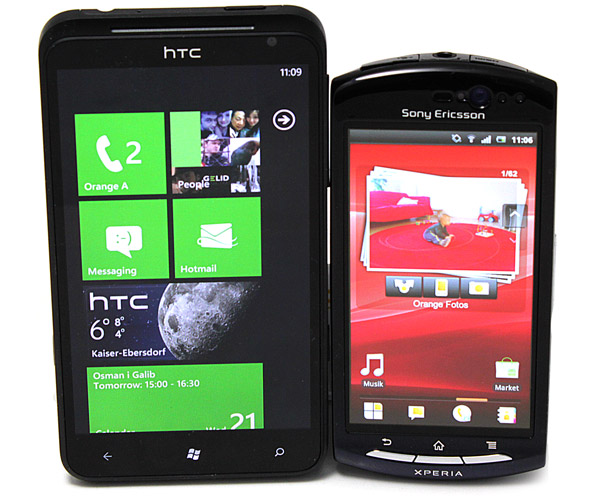 Xperia Neo has a much smaller screen than HTC's Titan, but 3.7'' is enough for surfing, playing games, viewing pictures and movies, and such. 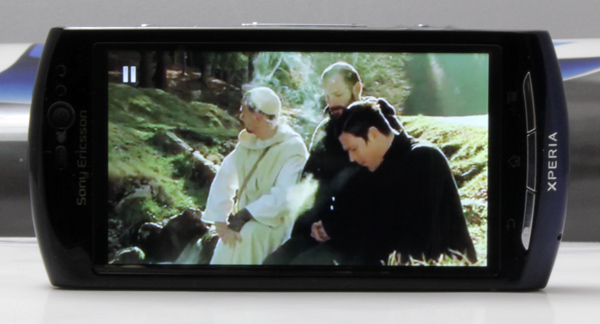 We can’t say we were blown away by picture quality but we weren’t disappointed either. Mobile Bravia Engine is in charge of the TFT display and it regulates colors, sharpness and contrast. We checked and without the Bravia engine, colors are indeed a bit paler.

Viewing angles are good enough to see the picture clearly, even when the phone is on the table and we’re looking at it from more than 45 degrees. Text is clearly displayed and although there’s plenty of glare, you can easily use the phone outside.

Sony Ericsson went for a plastic case that gave it a bit more freedom to experiment with design. However, we believe that the company was aware that using a plastic case does bring a few downsides with it.

Xperia Neo is a phone with a bit unconventional but comfortable design. However, once you hold it you'll feel the plastic, or to be more precise – you'll hear the plastics. 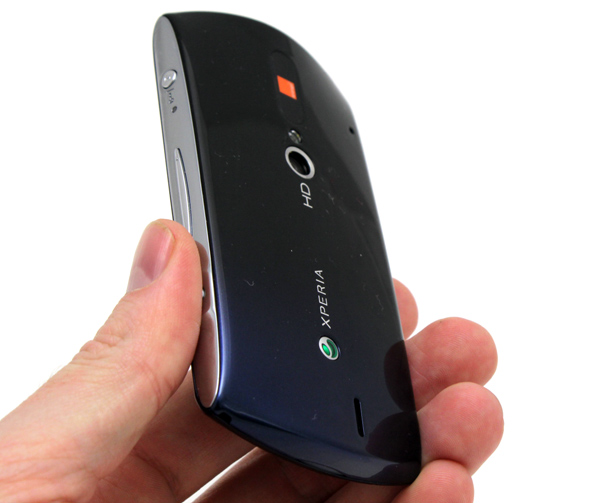 Namely, the right side, the one with the keys, is tougher than the left. The keys act as somewhat of a reinforcement for the plastics but since there are no keys on the left, the plastic is more prone to bending. You can see the left side on the picture below. When you squeeze the phone like on the picture above, you'll definitely hear it creak. Same goes for the right side of the phone although to a lesser extent.

While this may not be that tragic, it's definitely not something we expected when we bought the phone. Of course, that's not to say that we'll return the phone over this, but it's not nice hearing your phone squeak like a toy. We hope that the plastic will wear in after some time. Another problem of having a plastic case is that its dust magnet. 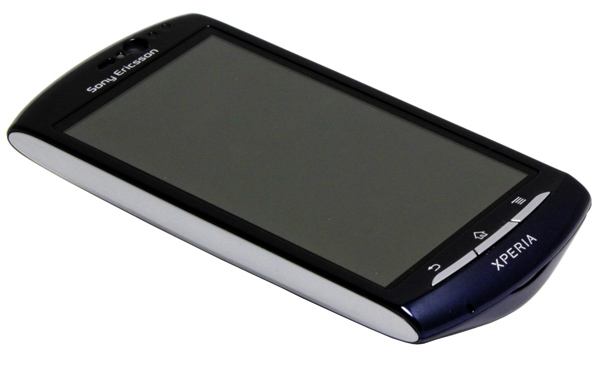 We really liked the color of the phone and once you look at the phone from the back, you’ll notice why they call it Blue Gradient (picture below). The blue color shows only when the phone reflects light, whereas weaker lighting results in the phone being black. 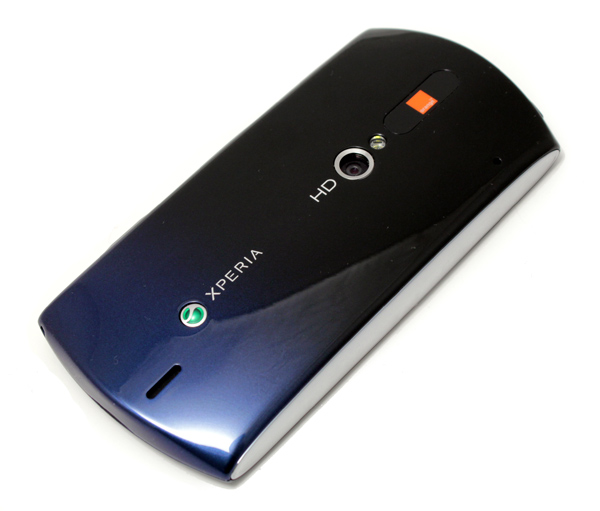 Xperia Neo has a screen with mineral glass which is scratch resistant. However, the screen gets dirty quickly and you can see fingerprints on the bezel. Unfortunately, cleaning screens is a common thing nowadays when using touch-screen devices.

Bottom of the phone has three classic hardware keys (back, home and menu) with appropriate symbols drawn on the bezel. Xperia’s logo is also painted rather than engraved. 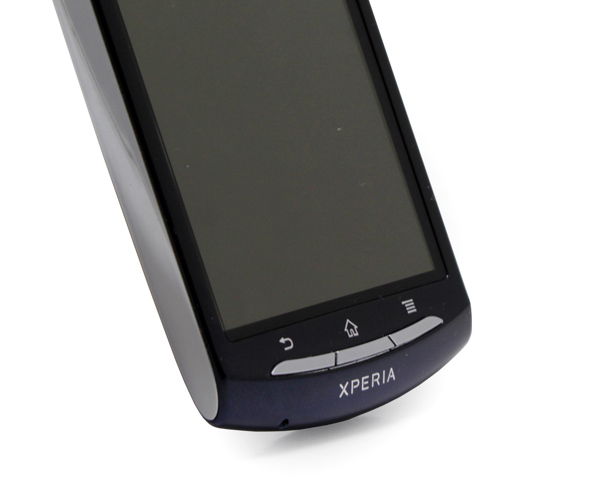 One of two mics is on the bottom left. Sound quality is quite good with Xperia Neo and everyone heard us just fine. Sony Ericsson used two mics in Xperia Neo, where the second mic helps with noise removal.

The camera records clean sound, whether it is music or conversation, but we noticed that the recorded files always have a quiet but constant noise, even in almost noise free environments. The second microphone is on the back of the phone, near the camera. The larger hole on the bottom of the phone is the speaker hole.

You can turn the camera on via software controls, but there is also a hardware key for this purpose on the bottom right. The right side also holds the power key and volume control.

Xperia will shoot good videos at nighttime, thanks to a strong flash. The camera has auto-focus, which is started by a light push of the camera key. When you push the key all the way in, the photo is taken.

The pictures we took with Xperia Neo are good and while the colors are natural, contrast and sharpness are a bit lacking. Knowing that this is an 8.1 megapixel camera, we expected better. Of course, that’s not to say that the camera won’t do well in normal photographing scenarios, it’s just that you shouldn’t expect it to be of enough quality for printing posters or such. The camera can record in 720p. 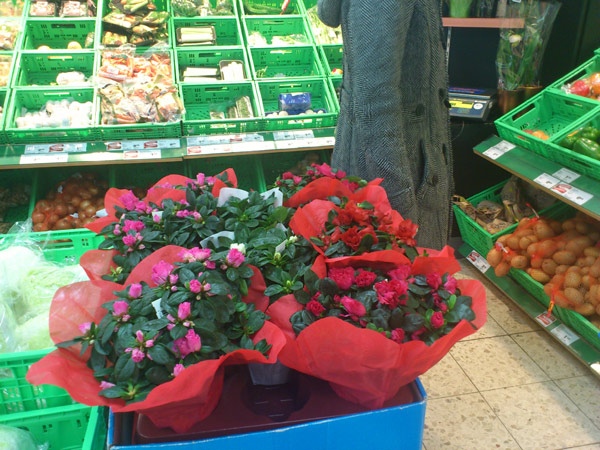 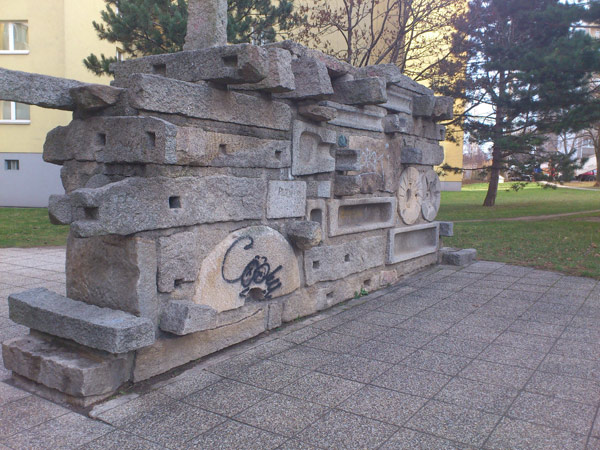 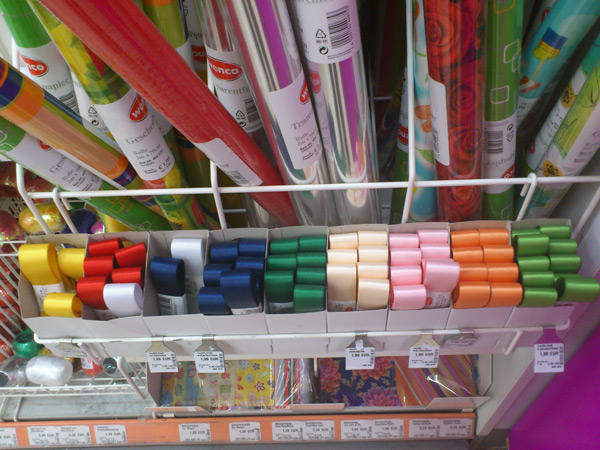 We noticed that photos look much better on Xperia Neo’s screen than when transferred to a computer, but that’s due to Mobile Bravia engine. This engine will improve contrast, perform noise reduction or sharpen photos.

The following photo shows that Bravia definitely instilled some life, color and contrast in the picture. 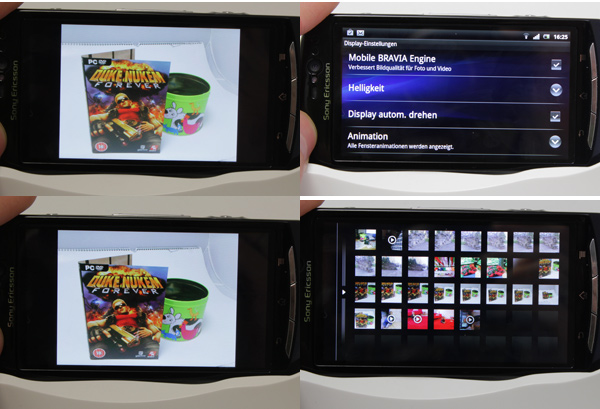 Users will easily reach settings once the camera is on. Sliding your finger towards the right will show various options for setting the camera (picture below), whereas sliding it towards the left will display the photo album. 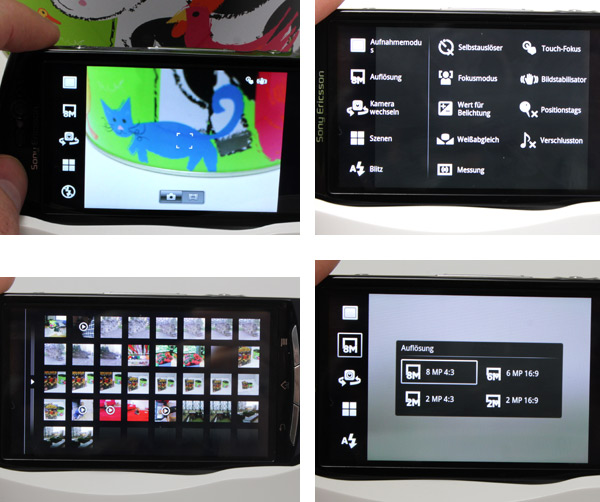 Listing photos in the standard album is quite slow. Bravia engine additionally slows it down but at least picture quality is better. We waited about 2-3 seconds in average for the picture to load in full quality.

Many users will find that including a mini-HDMI out was a good idea. So, you can use Xperia Neo to play videos and display pictures on your TV, which is even better once you consider that not many phones in this class boast video outs.

Mini-HDMI and mini-USB connectors are on the top of the phone, and there’s also a 3.5mm audio out. Sony Ericsson ships in-ear earphones that, although good for listening to music, may not be a preferred solution for all users.

The battery can be changed and will last anywhere from one to three days, depending on usage of course. 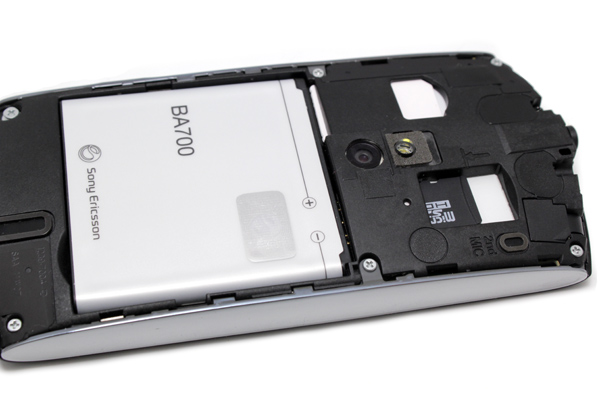 The memory card can also be changed (32GB is maximum) and we must say it’s great that Sony Ericsson’s standard card is an 8GB one.

Smartphones with dual core CPUs are already on the market but single-cores will do more than fine for at least another year. Xperia Neo runs on Qualcomm’s single core MSM8255 at 1GHz with Adreno 205 GPU and 512MB of RAM. In general, the phone runs fine. We did see it stutter occasionally when going through menus and apps but you won’t see this while gaming or surfing. Playing HD video went without a hitch.