HTC Radar is among the first smartphones with Windows Phone 7.5 operative system and is already available on the market. You can find Radar priced at about €300 or €1 on a two year contract for €20 monthly via a telco. Today we’ll see whether Radar and Windows Phone 7.5 a.ka. Mango are a good combination.

HTC launched two Mango based smartphones – the Radar, with 3.8'' screen, and the Titan, with a 4.7'' one. The Radar is more affordable whereas the Titan, as you could've guessed, is better equipped but pricier. The Titan runs on Qualcomm's MSM8255 CPU at 1.5GHz, while the Radar houses the same chip running at 1GHz.

The Radar is quite stylish but most users we've asked didn't know much about Windows Phone and thus tend to stay away from it. In fact, the biggest downside to Windows Phone devices is the lack of available apps, where Android and iPhone lead the way. 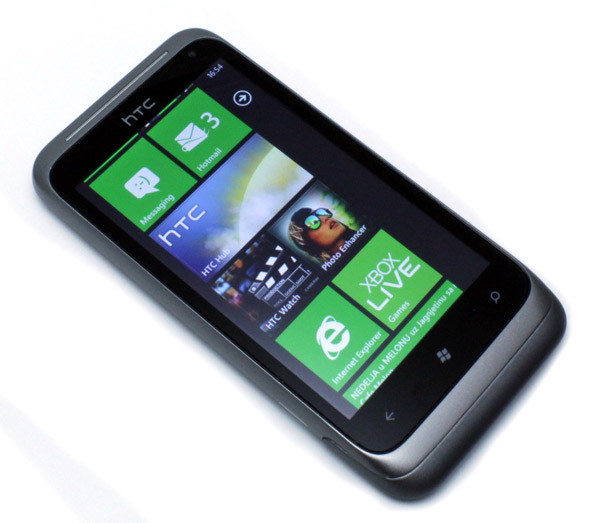 We’ve been using the Radar for a few weeks now and haven’t noticed any instability with Mango. We liked the fact that the phone is comfortable, compact yet it allows users to surf the internet and play some games from time to time.

More and more users tend to spend free time on social networks, which Mango emphasizes with serious integration thereof. If you like that kind of communication, Mango will come in really handy for quick access. However, Windows Phone and Radar have plenty of features catering to regular users.

You’ll soon learn what we liked the most as well as why we’re impatient to see the next version of Windows Phone.