Review: A step in the right direction

Lo and behold, the first Asus ultrabook made an appearance in our Vienna lab and right from the start to have to say we are guilty of some misplaced criticism of Intel’s latest mobile platform.

We weren’t too thrilled with the entire concept and most of our criticism centered on the price. The Asus Zenbook UX21E is no exception. This 11.6-incher will set you back €999 in Euroland and you will probably agree it is no bargain by any measure. 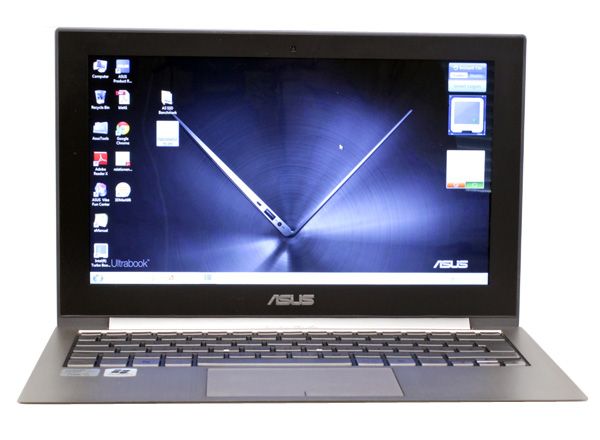 However, the Zenbook is a pretty impressive piece of kit and we were pleasantly surprised by its performance and overall user experience. It packs a 1.6GHz Core i5 2467M processor, 4GB of RAM and a speedy 128GB drive, all of which help deliver surprising performance and system responsiveness.

The UX21E is available in two SKUs and today we will be looking at the slightly more affordable one. In case you are up for it, Asus will be more than happy to sell you a Core i7 powered version for €1199. However, the pricier version retains the same memory/storage configuration and we are really not sure whether it’s worth the extra 200 euro.

Mind you, the ultra low voltage Core i5 is no slouch. This Sandy Bridge based processor supports hyperthreading, packs 3MB of L3 cache, but most importantly it can hit 2.3GHz on Turbo. However, it was throttled down to 2.0GHz in the UX21E. The TDP stands at 17W, but bear in mind that the figure also includes Intel HD 3000 graphics, running anywhere between 350MHz and 1150MHz depending on load. Intel usually sells this part for $250, which makes the €999 price tag sound a bit more realistic.

In terms of costs, Asus also opted for a very fast 128GB SATA 6Gbps SSD from ADATA model ADATA XM11 128GB and it rides the fastest so far Sandforce controller. Such drives don’t come cheap and we can safely assume the drive ads about €100 to the price similar drives retail for roughly 1 euro per gigabyte.

This is not your ordinary 1.8-inch or 2.5-inch drive. It is an mSATA card which, in terms of dimensions, is closer to a DIMM module than your run of the mill hard drive. Speaking of which, the UX21E also lacks traditional memory modules. Instead, it has 4GB soldered onto the motherboard.

The end result of all this weight saving measures is impressive. The UX21E weighs in at just 1.15kg and it measures 299 x 196 x 17mm at its thickest point.

You might notice that it has a somewhat larger footprint than most11.6-inch devices and a relatively large bezel around the 1366 x 768 LED panel. This is quite normal for all ultrathin designs and we are talking about something like 10mm on each side, which doesn’t really make much of a difference.

Obviously Asus took its design cues from Apple, but this is by no means a bad thing. It is also worth mentioning that Asus dabbled in ultrathin designs two years ago, using Intel’s now defunct CULV platform. The result was the UX30, a very stylish and thin 13-incher which spread some of much of its DNA to current Asus ultrabooks. Speaking of heritage, the UX30 also launched at €999.

The design of the UX21E is equally minimalistic, sleek and downright beautiful. The all-aluminium chassis looks right from every angle and it is by no means tacky. Asus manufactures the chassis from a single piece of aluminium and obviously the same goes for the lid. Since you can’t really change the SSD or add memory, there are no panels on the bottom, and there are no cooling vents either.

It all culminates in a very sturdy feeling chassis, despite the low weight. There is no flex on the keyboard and hardly any on the lid. The elegant, brushed finish feels great to the touch and it won’t get soiled by fingerprints unless you really have some personal hygiene issues, in which case you probably won’t mind anyway. 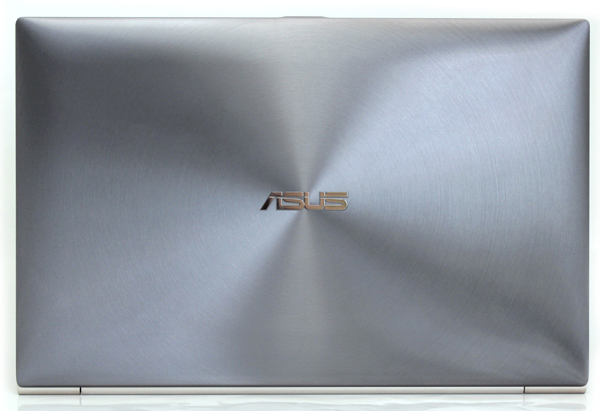 We also liked the understated chiclet keyboard design and even the screen hinge looks great. The same goes for the ever so slightly indented touchpad, which is spacious enough to accommodate multitouch gestures, which is not always the case on small notebooks. Thanks to great build quality, the palm rests feel very robust, despite the very thin design.

The lid is equally well designed and crafted. The extra large hinge feels like it will outlive all the hardware onboard the UX21E, maybe even some of its users. On top of the lid you will find a tiny lip that should help you open it, which tends to come in handy, especially if you hate smudging the lid with your hands. On uneven surfaces, you might have an issue with opening the lid, as the notebook is insanely thin but you will get used to pull the lid “the right way”. Apple has a somewhat different approach, instead of a lip on the lid, MacBook Air models have a small indentation on the chassis.

Asus chose to use a somewhat darker tone of grey for the display lid, which, along with a different brushed pattern, helps add some contrast to the overall design. There are no alternative colour options and this is pretty much true of all ultrabook designs we have seen to date. Although most manufacturers go for a neutral, silver finish, we would really like to see a bit more diversity. A lot of people would love to see black or dark grey designs, especially the crowd who would not like to be mistaken for Apple users from afar.

So, Asus has managed to catch up to Apple both in terms of design and build quality, but it still has some minor foibles. For example, the power adapter looks great and it is also quite practical thanks to a strap that will keep the cables in place. However, it still features a traditional power plug, which doesn’t come close to Apple’s (patented) MagSafe connectors. It’s not a matter of good looks, it’s just seems clever to have some sort of failsafe power connector on very light devices. In case you accidentally snag a MagSafe cable, it will simply snap out and live to fight another day. However, a traditional power cable could easily drag a very light laptop to the edge of the desk, resulting in a very expensive crash test.

Overall Asus did a very good job. Build quality is top notch, the design is mouthwatering and Asus paid a lot of attention to detail, making the UX21 a proper premium product.