It’s no secret that Thermaltake is quite proud of its Armor 30 case and today we’ll find out why. As the name suggests, the Armor A30 belongs to the Armor series, notable for sharp corners and sturdy chassis. However, you could just as well class the Armor A30 among LANBOX series, which is quite popular with gamers who are often on the move. The Armor series previously held a few different mid-tower and high-tower cases, but Thermaltake heard the customers’ pleas for smaller and more mobile small form-factor computer cases. Thus, the Armor A30 was born.

Thermaltake is no stranger on the market and it’s famous for nicely designed and functional cases, although it’s no stranger to special editions such as the Level 10.

The Armor 30 will easily hold graphics cards up to 350mm, meaning that it is compatible with all the current crop of graphics cards, including the Radeon HD 6990. The Armor A30 will take micro-ATX and mini-ITX motherboards with four expansion slots, whereas maximum CPU height is limited to 90mm. Thanks to the design with a few fans and plenty of outlets, the innards are well cooled. 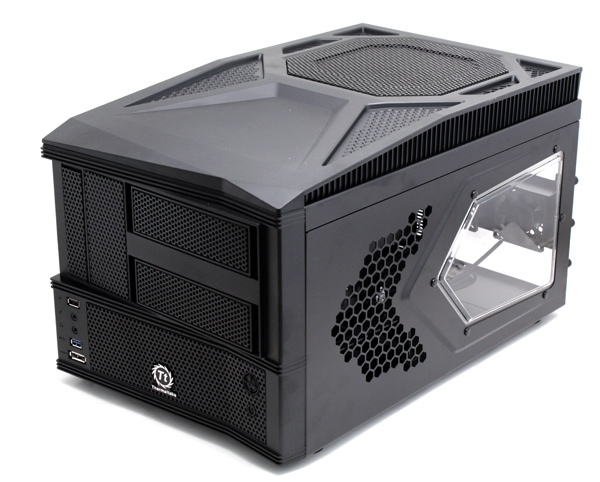 The Armor A30 looks very solid and compact, much like a small tank. However, you can disassemble it in mere moments and gain easy access to each and every component.