GPU-Z sheds some light on the HD 6370 core. As you can see, it’s an entry level part, but it’s still much better than any IGP. 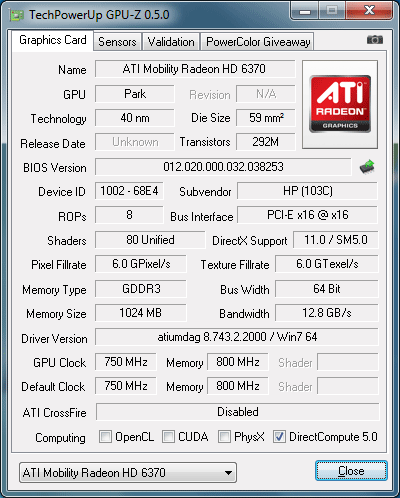 In 3Dmark06, HP managed to score 4235 3Dmarks, which is not bad for an entry-level graphics card. We chose to use this largely obsolete benchmark due to legacy issues, since we still come across many notebooks with Intel’s horrid IGPs that can barely run a 5-year old benchmark suite. 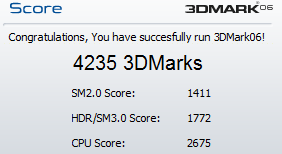 The 4720s is not aimed at gamers, but it can easily deal with somewhat less demanding titles and genres. 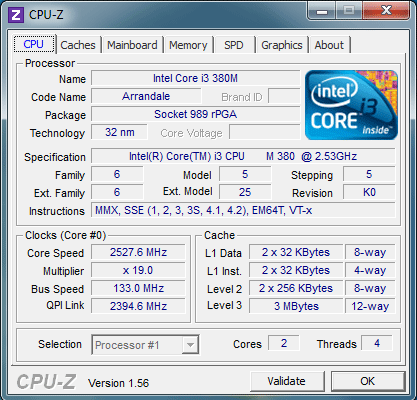 The Core i3 380M managed to deliver pretty good performance as well. It scored 2675 in 3Dmark and it did quite well in Cinebench, too, scoring 2.05 points. The SuperPI 32M test took 17m 24s to complete. 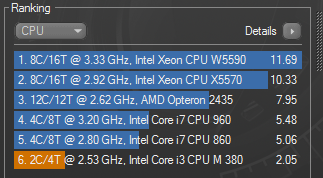 Toshiba’s 320GB hard drive is about as average as a hard drive can be. 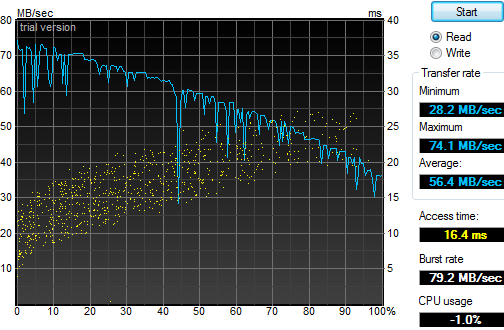 HP’s ProBook 4720s delivers good performance in a stylish package at a very reasonable price tag. There’s really not much more one could ask for.

Intel’s Core i3 380M is relatively fast and despite its 35W TDP rating, it’s pretty cool and doesn’t suck up too much power. AMD HD 6370 graphics are a good match for the CPU and the 17-inch matte screen doesn’t disappoint either. At just under 3kg, the 4720s is rather compact for a 17-inch laptop, especially if you factor in the 8-cell battery and the impressive battery life. We like the design as well, but most of all we love the affordable price tag. You would be hard pressed to find anything better in the €699 to €799 price range.

The only major downside is the somewhat awkward and unconventional touchpad, but it’s heavily outweighed by the rest of the package.

Basically, the ProBook 4720s just got under our skin. It managed to exceed our expectations and proved to be a very good product in its price range. We have no qualms about recommending it to anyone in need of a serious desktop replacement, at home, at work or anywhere else.

« Prev Next
Last modified on 18 January 2011
Rate this item
(15 votes)
Tagged under
More in this category: « OCZ 8GB of memory put through its paces BFG 8800GT OCX ThermoIntelligence tested »
back to top