Review: Nvidia is back

Today we'll take a look at the GTX 460, a card based on the new GF104 graphics chip, rather than the GF100 that was featured on the current crop of available Fermi cards. GF104 is the second generation Fermi, which should save Nvidia's hide and help it reclaim the graphics throne. That Nvidia is serious in its intentions is further backed by the fact that all Nvidia's partners have already ordered the GF104 and already have their specially designed cards in their respective offers. All that's left is hope that GTX 460 will sell like ice-cream in the summer time, but we should know that soon enough.

Judging by what we've heard, the GF104 should be a much better overclocker than the GF100, but naturally - we won't take anyone's word for it. Nvidia initially planned to launch the GTX 460 by the end of June, but the company pushed it back to 12th of July. The cards are already available in pretty much any flavor you prefer – reference and custom PCB designed, reference and custom cooled, and reference clocked and overclocked cards are all there for the taking. There are also Geforce GTX 460 cards based on the same GF104 chip, with the difference in memory and bandwidth. The core runs at 675MHz, shaders (CUDA cores) at 1350MHz and the memory at 3600MHz (effectively).

The GTX 460’s graphics processor comes with 336 CUDA cores and 56 texture units at its disposal. Now, one SM (streaming multiprocessor x8) comes with 48 CUDA cores, whereas the GF100’s SM chips packed 32. The GTX 460 has two warp schedulers and four dispatch units per SM. Warp size is 32 threads, like GF100. GF104 also supports 48 warps per/SM similar to GF100. Nvidia can issue a mix of instructions in GF104. Two instructions can be dispatched per warp (versus one in GF100), for a total of four instructions dispatched per scheduler clock (which runs at ½ speed of processor clock) per SM. 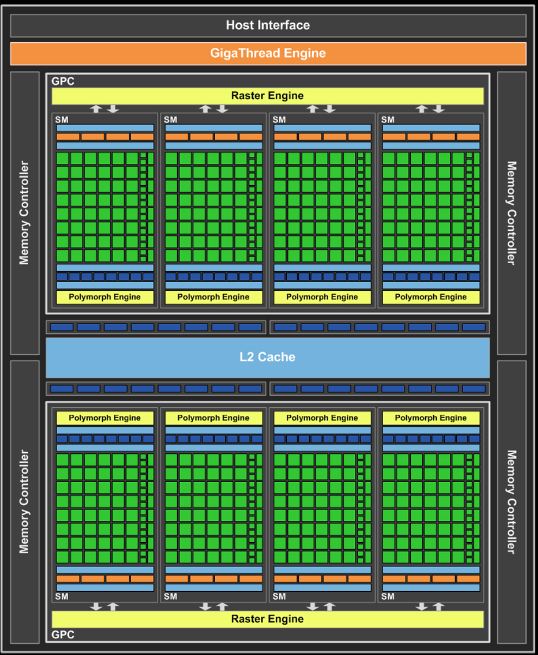 The GTX 460 has seven execution clusters running on the core clock. Up to four instructions can be issued to any of the seven clusters provided that cluster is not already busy processing an earlier warp. FP and INT datapaths also have separate dispatch resources to support, for example, issuing three FP plus one INT instruction per scheduler clock. 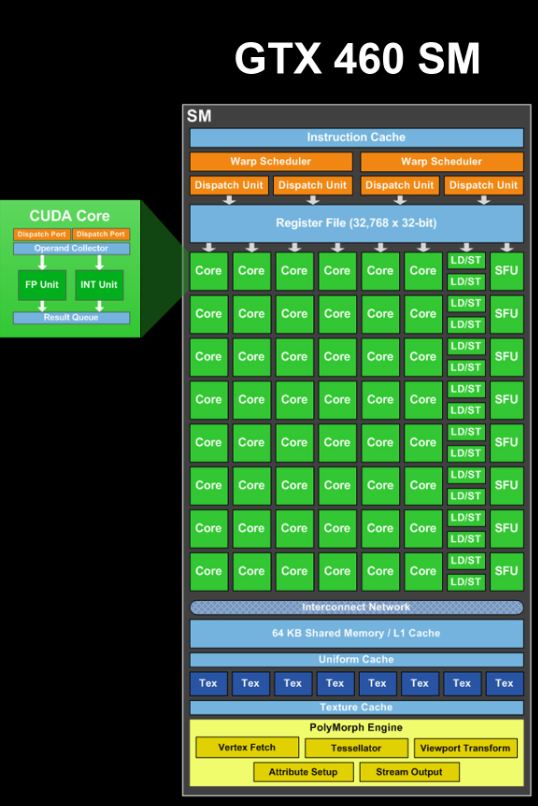 GTX 460 doesn’t have standard HDMI, but rather mini-HDMI. However, Nvidia madu sure to include advanced audio support for HDMI, including bitstreaming support for Dolby True HD and DTS-HD Master audio, all via HDMI.

Nvidia doesn’t plan on stopping there though as it has two other affordable chips in the plans – GF106 and GF108, which will be the final DirectX 11 touch for the back-to-school period. Notebook makers are also excited about GF104 and its offshoots, as the chip has 25% lower TDP compared to the GF100 and together with Optimus, GF104 could be a pretty decent chip for mainstream and performance mobile markets. 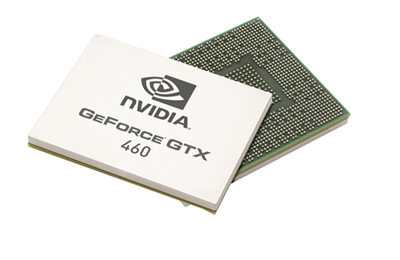