Back in 2007, ATI launched its first 55nm GPUs, and the introduction of the RV670 marked a turning point for AMD's graphics division. Its first 55nm GPUs weren't faster than Nividia's G92 65nm based cards, but value oriented consumers quickly realized HD 3800 series card offered good value for money, and ATI upped the ante last year with its RV7x0 generation, and for a while it even managed to snatch the performance crown from Nvidia with its dual-GPU R700. Now, it's time to go to 40nm, but this time ATI is aiming at the mainstream market, not the performance segment.

The new RV740 is the first 40nm desktop GPU, and although mobile GPUs derived from the RV740 were announced back at CeBIT, this is the first time we've got a chance to see the new architecture in action. ATI claims the RV740 is designed to hit the 'sweet spot' and offer the best bang for buck. It is targeting the sub-$100 market and offering performance on par with the HD 4850 and GTS 250. Sounds reasonable, so let's take a look at the specs and what it offers compared to current ATI products in a similar price range. 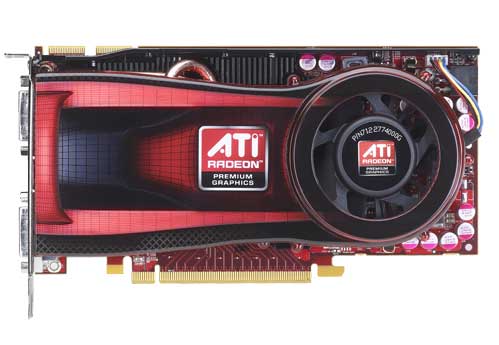 AMD started using GDDR5 on HD 4870 cards, when the company compensated for the weaker 256-bit bus on its cards, whereas Nvidia extensively used the 512-bit bus combined with GDDR3. In HD 4770's case, GDDR5 memory with a 128-bit memory bus will provide the same bandwidth as GDDR3 with 256-bit one, provided they both run at same clocks. 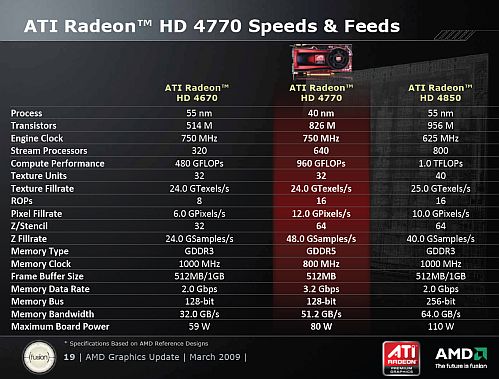 The new manufacturing process, coupled with the use of more advanced memory, also means the HD 4770 isn't power hungry. It's maximum power consumption is rated at 80W. This means it still needs external power, but it's pretty close to what PCIe can deliver without it. In spite of that, ATI went for a dual-slot cooler in its reference design, and at 750MHz, the core can heat up over 70°C. 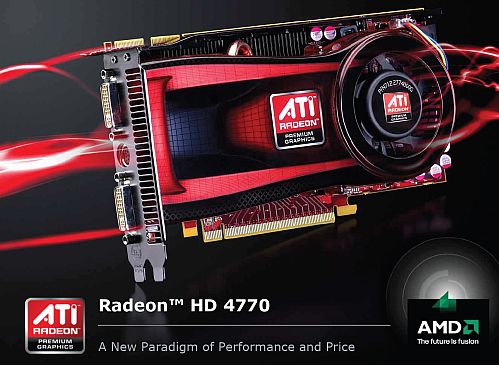 A good thing about this cooling is that it's quiet and that the hot air is pushed out of the case. The design is similar to that on the HD 4870 cards, where two copper heatpipes are used (HD 4890 has 3).

The 512MB worth of Qimmonda's IDGV51-05A1F1C-40X modules is cooled by the heatsink. Two CrossFire connectors are located in the standard spot. 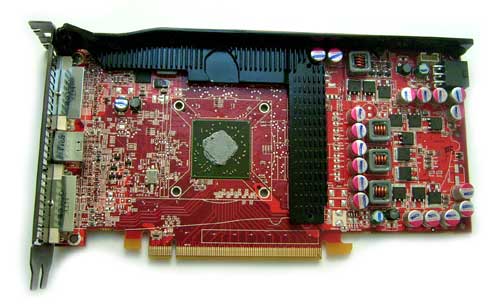 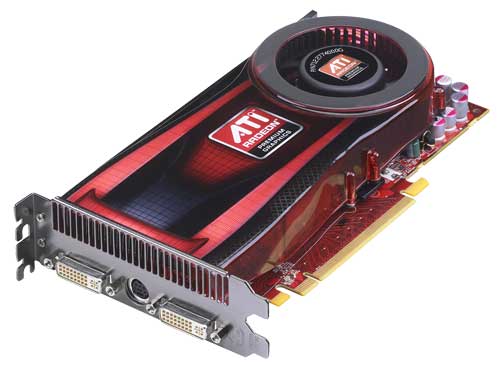