Review: Though it's no match for Intel, yet

After long denying any Phenom-based Athlons, then releasing the 6500 silently, now AMD introduces new models of the 7000 series. The naming is adding to some confusion for the customers, because there is no distinction between Phenom-based CPUs, codename "Kuma" and the old "Brisbane" core of the original Athlon, now available as 4450e, 4850e, and 5050e. Why they did not choose to use "Athlon II" as they did with the new Phenoms is beyond our understanding. 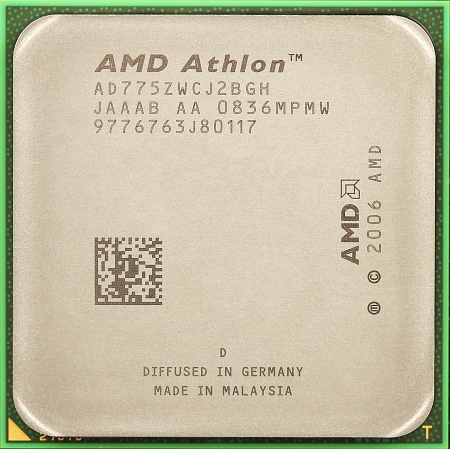 The CPU is, in fact, a Phenom with only two cores. No surprises here, 2x 64kB instruction and data 1st level cache, 2x 512kB 2nd level cache and addtional 2MB shared 3rd level cache. The disappointing news is that it has a TDP of 95W. While AMD is positioning this CPU against the E5200, with a TDP of 65W. The TDP difference is quite substantial, even when AMD comes close in performance.


Prev Next »
Last modified on 16 December 2008
Rate this item
(0 votes)
More in this category: « Arctic Cooling Freezer Xtreme tested ATI Catalyst 8.12 and Avivo converter reporting for duty »
back to top