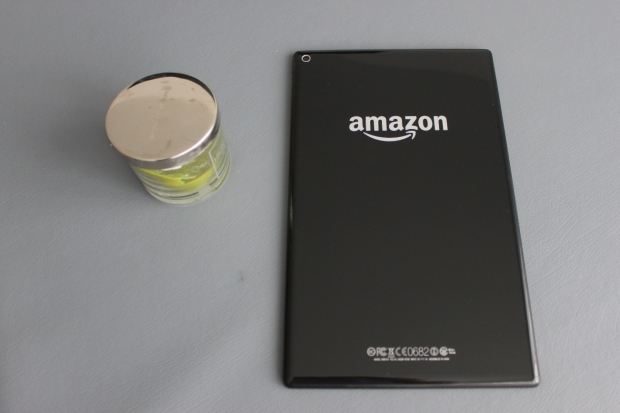 So close, yet somehow far away.

Amazon's largest tablet to date is definitely an intriguing product with so many parts of the equation executed really well. Two bits, though, make it a tablet we can recommend to only a limited audience.

We can't say that Amazon isn't trying. After the utter failure with the Fire Phone (who on Earth came up with the insanely pointless 4.5 cameras on the front?!), the company regrouped and doubled down on their tablets strategy. The 8.9" HDX was a bold move, a device with a gorgeous display and just right dimensions, but it was too expensive. So now Amazon is back with a trio of very affordable and, in their own words, very sturdy tablets the prices of which defy belief.

We've covered the new developments in an announcement form before, and today we're back with a quick look at the company's flagship 10.1" tablet, the Kindle Fire HD 10. Going for only 230 bucks or €199 in Euroland, with ads, and the always amazing Amazon customer service, which definitely justifies the price increase compared to similar or better specced off-brand Chinese tablets. In the name-brand teritorry, this is definitely a price winner.

MediaTek very kindly invited us to their annual Executive Forum, which took place in London yesterday. Amazon, being one of their most imortant new partners, was there to introduce the range of devices featuring MedaTek SoCs and they gave each guest a present in the form of the brand new Kindle Fire HD 10. And here are our initial impressions. The full review will be coming shortly.

Well, Kindle Fire series of tablets has been on a bit of a roller coaster ride, in terms of what it wants to be. It started off as a few paired down, super simple devices meant to shove Amazon content down your throat and hardly anything else. Then the company realized that tablet users do want to have at least a hint of choice in how they use their devices, redesigned the interface to allow for a bit more complex use cases and added the necessary productivity features, such as a usable email client. They launched several really good devices, mostly focusing on high end screens. But the pricing seems to have been off the desired mark.

Now they're back with a renewed focus on hitting the rock bottom pricing, while keeping the devices physically sturdy, which seems to be one of Amazon's key marketing messages. Unfortunately, in the shaving dollars and cents off the retail price, they've taken too much. We're mostly talking about the screen resolution here. It's ok on the 8" version, but on the 10 incher, it is simply put abysmal.

The tablet is incredibly thin and light. It's definitely in the category of devices where Lenovo LaVie Z lives, with which you constantly feel tricked by your own brain. Such a large screened device has no right to feel so featherweight. Even holding it in one hand in landscape orientation for longer periods of time isn't a problem. Well done Amazon! If it turns out to really be "twice as tough as an iPad Air", this and its successors might become our go-to tablets for casually using around the house often packed with family and friends.

The plastic housing feels good. Shiny, but not slippery on the back, matte and grippy around the sides. Button placement, on the other hand, could have been better. The power button is at the top of the left side of the device, held in landscape, with the volume buttons at the bottom of the same side. That, combined with the fact that the volume buttons sit right next to each other, without any perceptible gap, makes it very inconvenient to adjust the volume. Once you get the volume right, though, it's a joy to listen to these speakers. Amazon keeps performing very well in that respect. Our Skype friends say that the microphone also performs admirably.

But then there's the screen resolution. Just look at it: 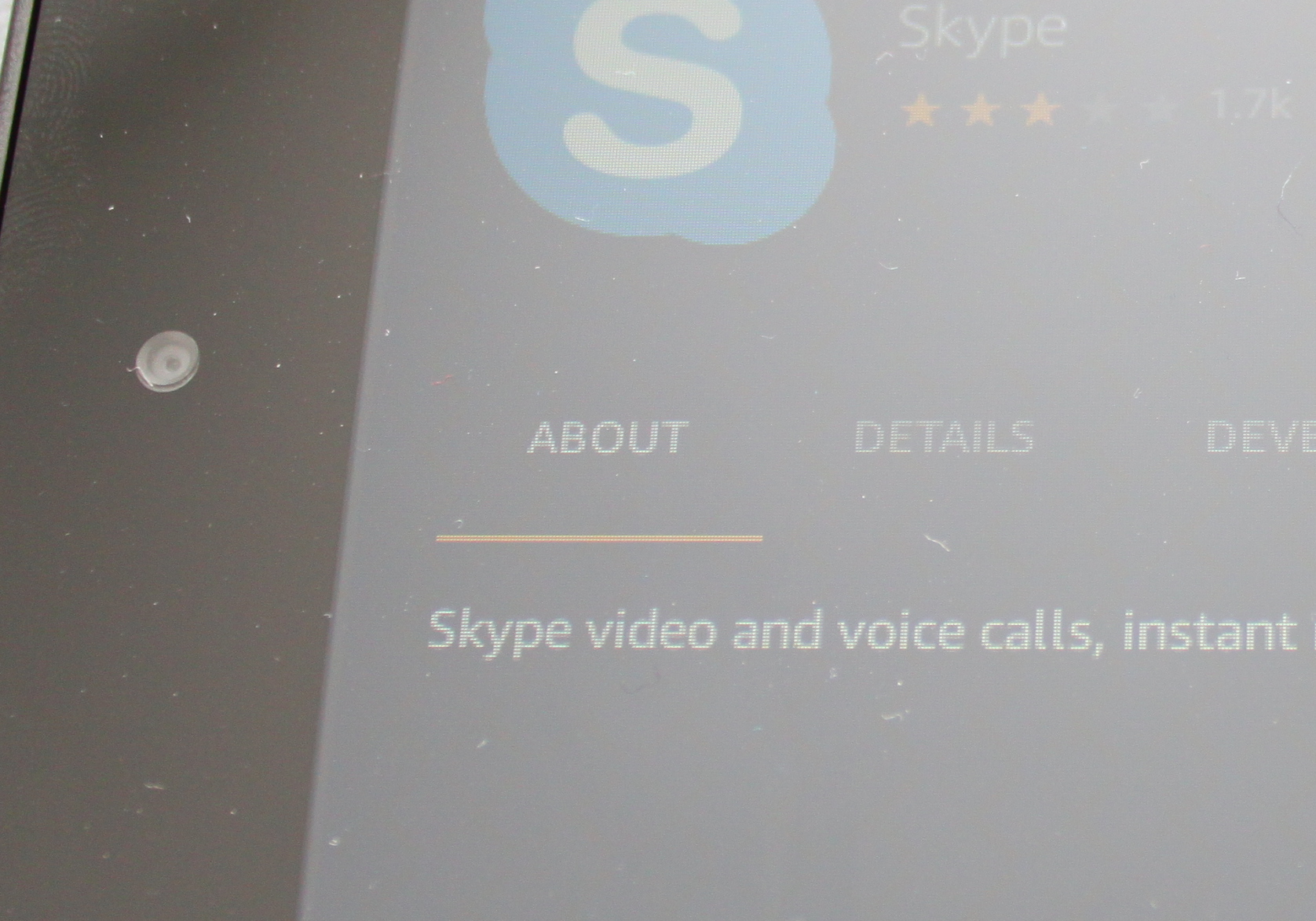 The only people who might find such a screen acceptable these days are older members of your family, who are going to be using very large font sizes and who won't notice that every video they play on the device looks fuzzy. Or maybe small children playing simple games with large blocks of colour and cartoonish characters. But we're sure you can come up with much better ways to entertain small children than giving them a tablet anyway.

The other bad thing about the tablet is its front camera. Amazon advertizes it as an HD camera, and purely in terms of resolution it can get the job done, more or less. It's the colour accuracy that's the real pain point. At least on our sample, the camera and the ISP couldn't decide whether we're a normal human being, a green-faced Martian, or a pale/sickly vampire. Maybe it thinks we're a gay octopus zombie, that would surely explain the skin tones from all parts of the colour spectrum. The worst part is, the changes in white balance are going on constantly, for as long as the front camera is on. It's like having a Skype conversation while on LSD, or hallucinogenic mushrooms.

We are not even going to talk about the back camera here. Other than to say that it would have been much much better for Amazon to just forget about it and spend the two dollars extra on a really good front piece. After all, devices like these are mostly used for members of families dispersed all over the country/globe to talk to each other, so not making that one of the device's strong points is a definitely missed opportunity. Here's looking for significant improvement in the next generation.

In conclusion, as at the beginning, we can only say that Amazon Kindle Fire HD 10 is a device with loads of stuff done right, but amazingly the one or two key things done very poorly. The interface is better than ever before on an Amazon tablet, the MediaTek SoC performs really well for what it is, the tablet is incredibly thin and light and the company claims it will stand up to abuse. We'll talk more about the specs, the benchmarks, the new Fire OS and other aspects of the device in our full review. Stay tuned.