Cooling the factory overclocked EVGA GTX 680 SC Signature is a job of a cooler based on Nvidia’s reference design. While the shroud is different, the cooler itself was left unchanged. 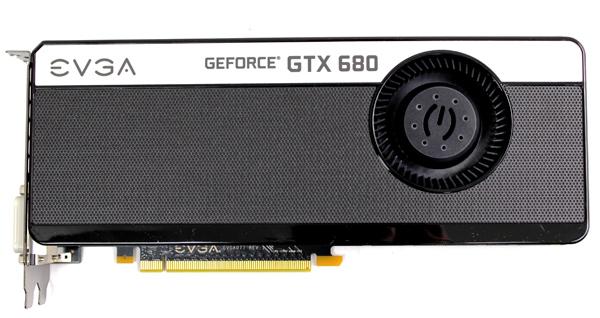 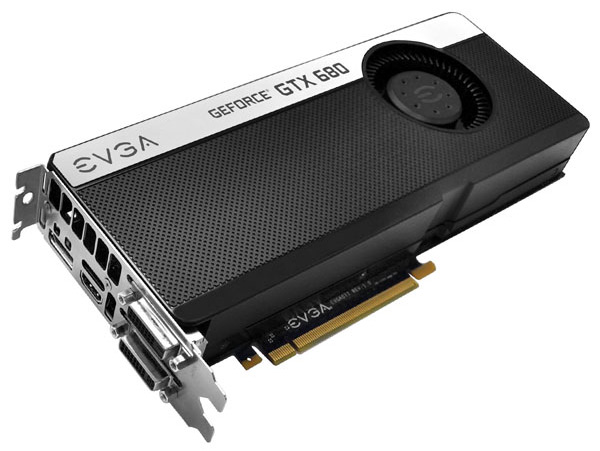 The picture below shows EVGA’s GTX 680 with reference cooling. Note how the Signature’s air vents are wider. 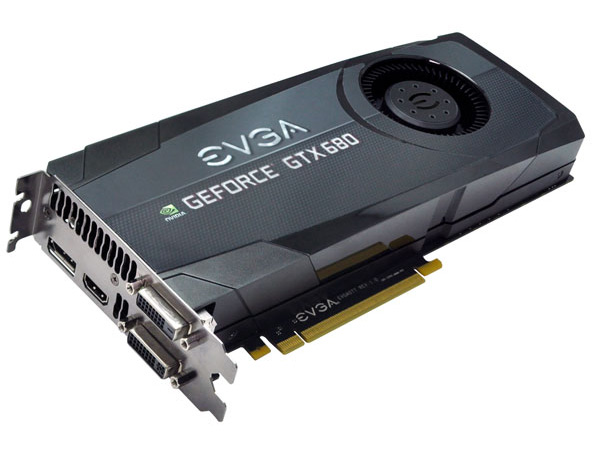 The mesh texture looks quite attractive but a closer look reveals it’s only a texture on plastic. 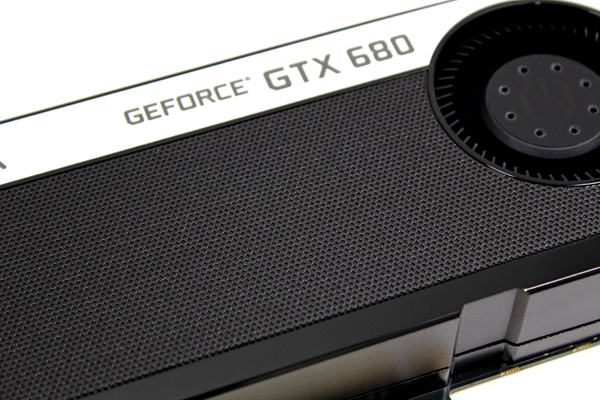 Blower style fan pushes air through the cooler and forces it out. Dual fan coolers are usually the best ones but they tend to leave hot air in the case. Anyhow, you’ll have to have adequate cooling if you want to throw in a GTX 680.

The plastic shroud, which we took off on the picture below, acts as a tunnel for air, channeling it from the fan, across the heatsink and out the I/O panel exhausts. 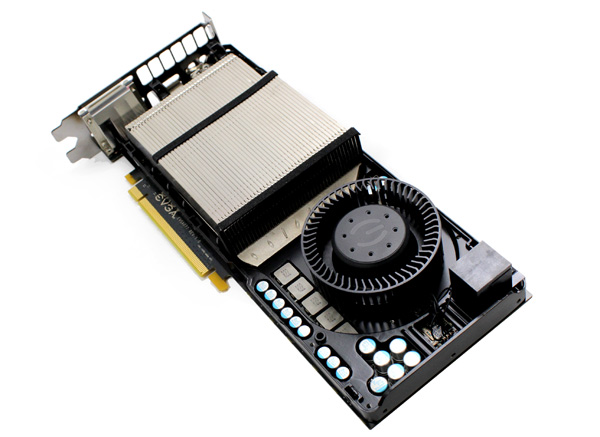 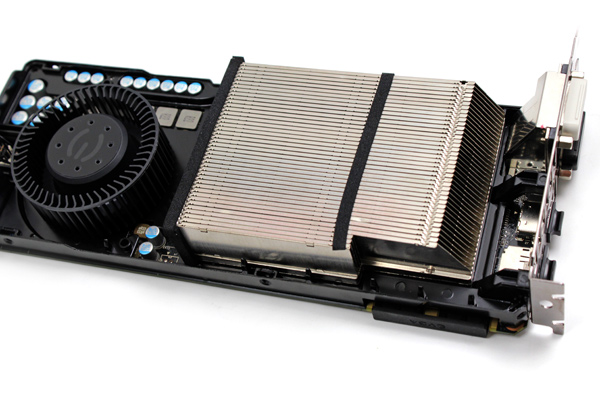 Reference GTX 680’s cooler doesn’t use vapor chamber technology such as the one on GTX 580 cards. Nvidia figured out that Kepler GF104 doesn’t get as hot and that using a classic copper base is enough, and it is cheaper as well. The picture below shows the GTX 680’s copper base on the left and the GTX 580’s vapor chamber cooler on the right. 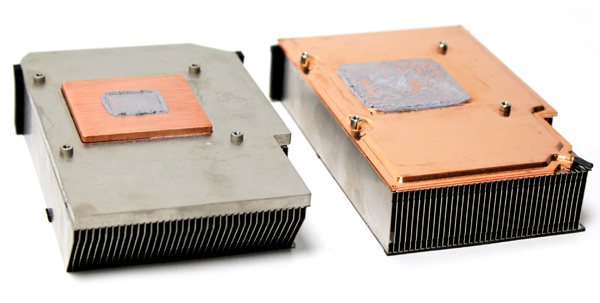 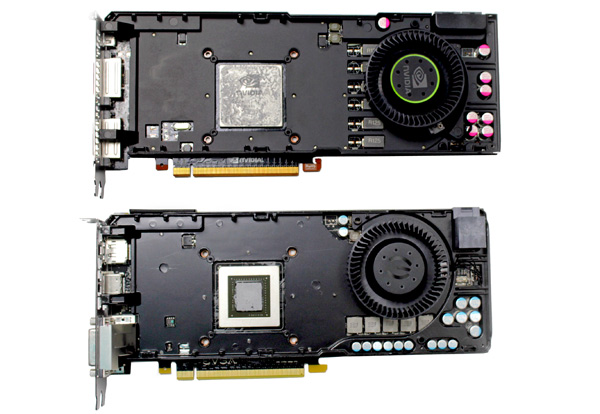 Cooling the memory and voltage regulation circuitry was handled with a metal heatspreader. 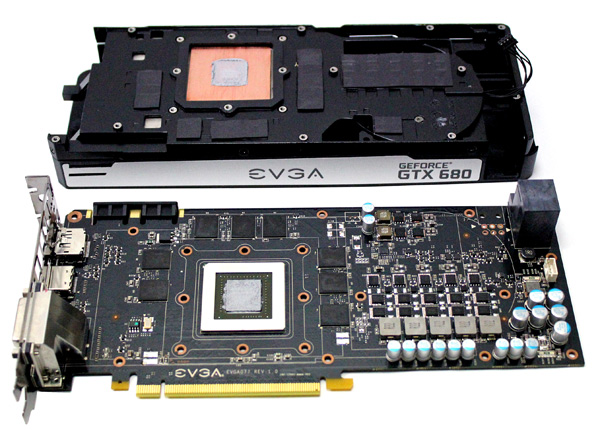 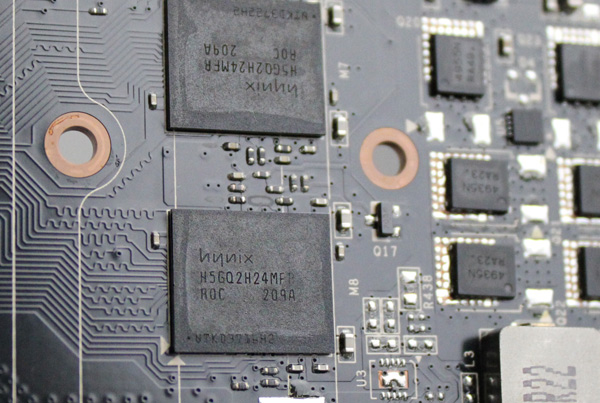 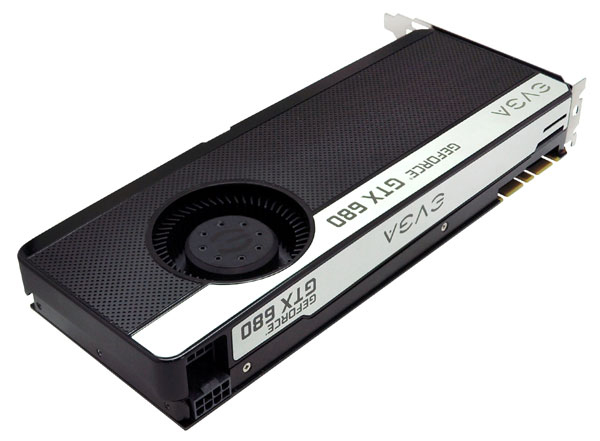 There’s no backplate on the PCB of the card we received but if you insist on it, you can buy EVGA’s GTX 680 SC Signature with EVGA’s backplate. In case you’re not familiar with it, it’s a metal plate that reinforces the PCB, indirectly helps with heat dissipation and makes the card look better. 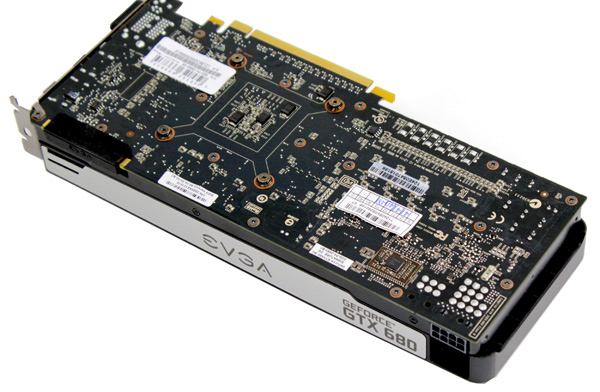 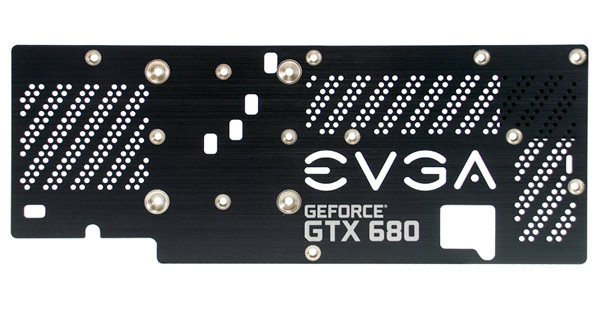 Those of you who’d rather see dual fan cooling should know that EVGA is prepping its GTX 680 SC Signature 2, which should boast special cooling that’s quieter and performs better at the same time.

EVGA GTX 680 SC Signature comes with two dual-link DVI outs, but only one is analog VGA-out capable. EVGA made things easy by marking the VGA-capable out with “DVI-I”. The plastic caps are also a nice touch. The I/O panel holds a standard HDMI and standard DisplayPort. Nvidia made sure not to lag behind the competition so Kepler based cards can run up to four displays simultaneously. 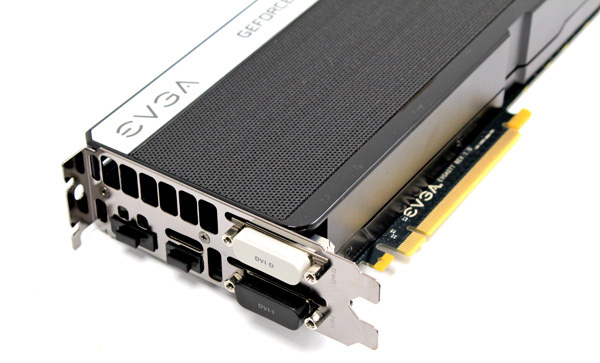 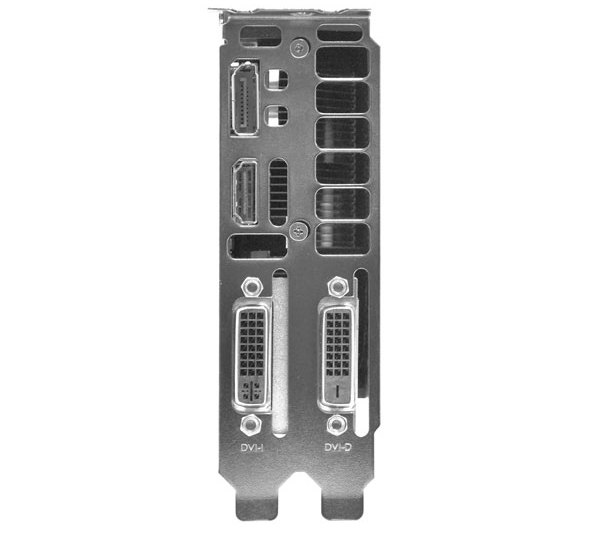 The air exhausts are wider than on the reference card. This allows for easier air movement, which can decrease temperatures by up to 3°C in best case scenarios. 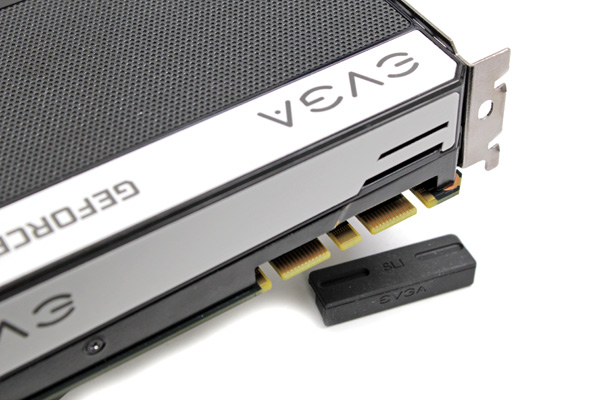