Preview: New HAF on the block, smaller one but very appealing

Cooler Master is no stranger to the market and is often the company that introduces a radically new design and gets away with it. However, the product we have today is HAF XM, a new case from Cooler Master’s HAF series that isn’t radically new, but has been highly anticipated.

While the company’s HAF X cases are a dream come true for enthusiasts who yearn for maximum room within the case, others found it too large. However, its meticulously designed and implemented cooling was definitely a sought for feature for all, which is why Cooler Master took its magic wand and turned HAF X into HAF XM. Not quite the pumpkin tale you usually hear, but it’ll do.

HAF XM is smaller than HAF X, but it still packs enough room for largest CPU coolers, water cooling, high end graphics and E-ATX motherboards. Thankfully, the company stuck to the idea of making the cooling stick out for all the good reasons.

Below you’ll find a picture showing that HAF XM really belongs to the HAF family – we’d recognize it in the dark. 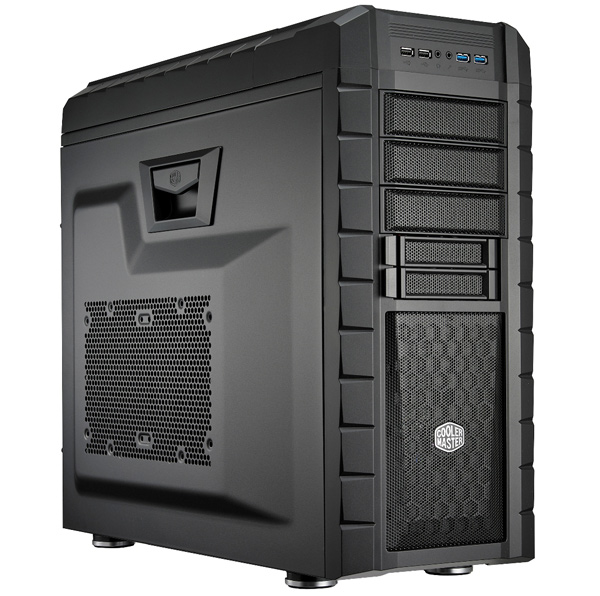 The new detail we haven’t seen on HAF cases before is the latch on the left side panel. This means that the left panel has been rotated by 90°, which makes accessing components easier. 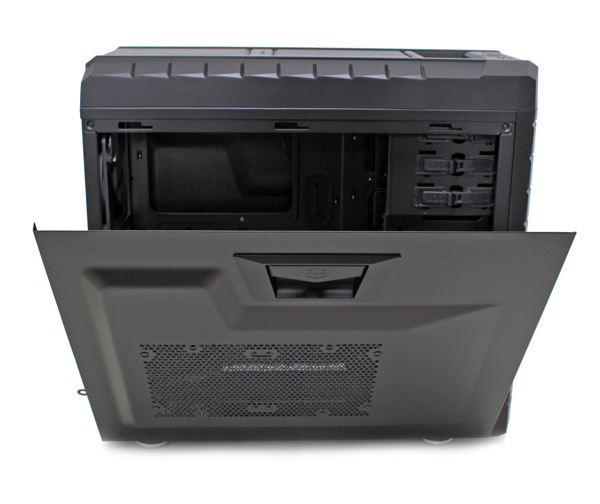 HAF XM is available with a window too instead of the mesh grill on our test version. 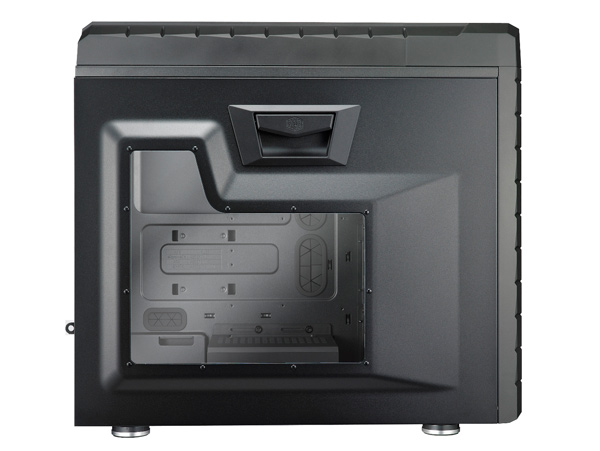 The I/O panel features two USB 3.0 connectors (internal ones), two USB 2.0 connectors, audio-in and audio-out (HD audio is supported). Left to the power key is  the LED switch; reset is to the right. You’ll find a small open compartment behind them, which can be used to hold USB sticks and such. 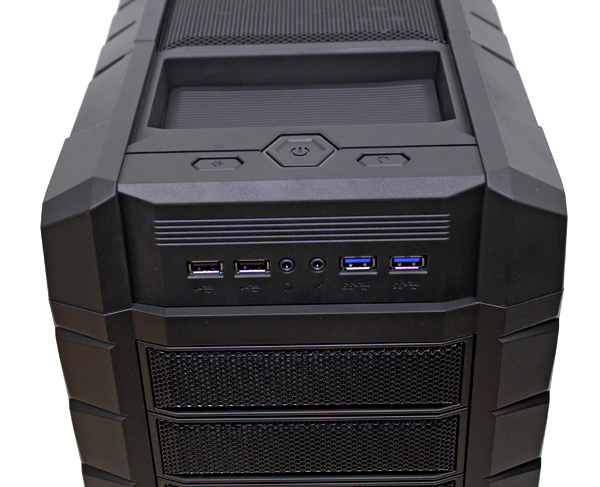 The two bottom 5.25 slots were reworked as hot-swap units, which Cooler Master calls X-docks. The picture below shows the drive connectors. Both X-docks will take 3.5’’ or 2.5’’ drives. 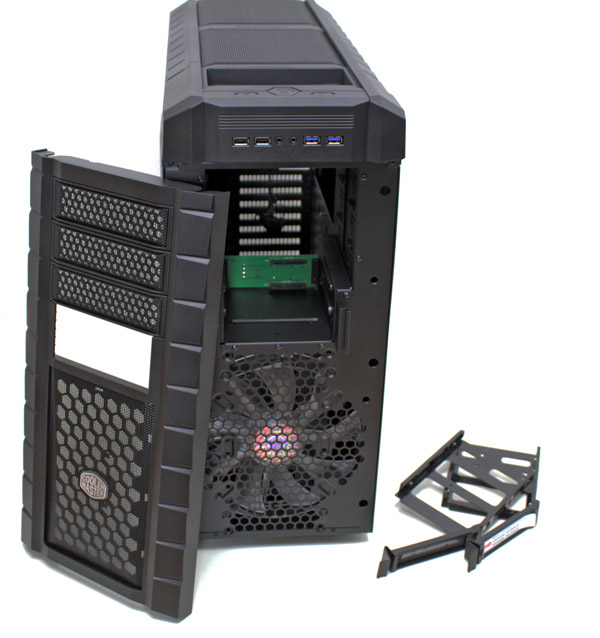 Although this is a mid-tower case, Cooler Master resorted to quality design in order to gain space. CPU height is limited to 19.6cm (7.7 inches) while graphics card limit stands at 35.4cm (13.9 inches) or 46.3cm (if user removes an internal HDD cage).

The case will take motherboards up to E-ATX and we see that there’s plenty of room for hard drives as well. In fact, HAF XM comes with nine HDD/SSD bays, or eight 3.5’’ bays (6 internal and two in X-dock), or nine 2.5’’ bays. A dedicated 2.5’’ bay is behind the motherboard tray, which is an interesting detail.

The motherboard tray has a CPU backplate cutout, which will make replacing CPU coolers easier. 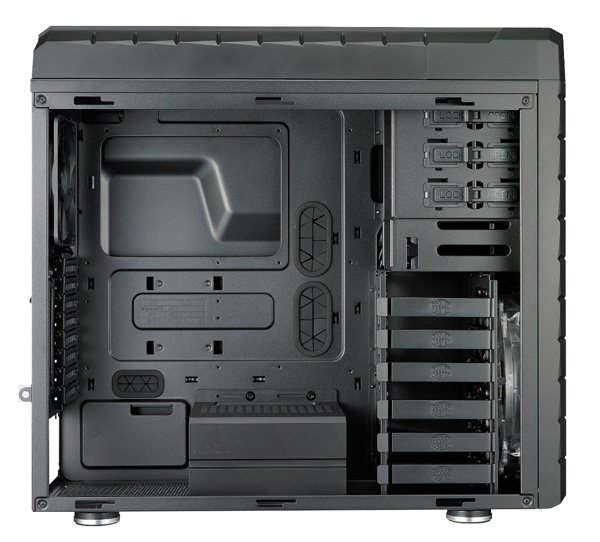 HAF XM comes with two 200mm fans (one on the top and one on the front panel) and a single 140mm fan. This should provide adequate cooling but we’ll reserve our judgment until the final review. The case should be priced at about €100 before VAT. Stay tuned as we'll have the full review up soon. 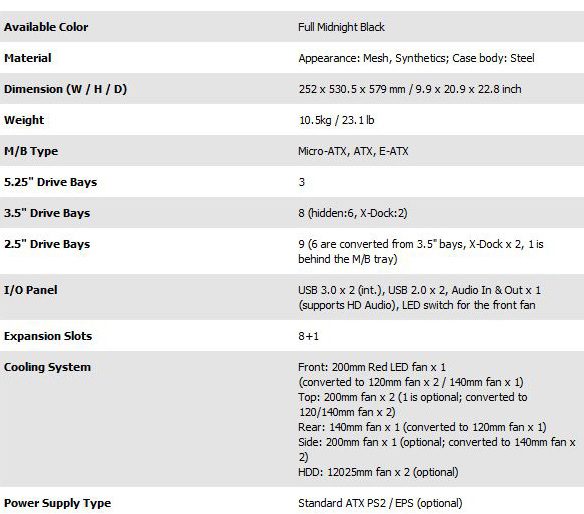