Factory overclocked GTX 580 cards are on the rise but many Nvidia partners still haven’t launched their fastest cards. Point of View / TGT announced the GTX 580 Ultra Charged, which is our today’s guest, but we must admit we’re still anxious to see the faster, Beast Edition. Although GTX 580 gave Nvidia the single-GPU graphics throne, the fight is far from over, especially since AMD plans its single-GPU, Cayman-based HD 6970 for the next month.

Geforce GTX 580 is based on a “new” and  improved GF100 (GTX 480) chip that now bears the GF110 moniker and it has 512 shaders and all eight clusters turned on, the same number that was possible on a fully enabled GF100 chip.

Point of View / TGT chose to stick with reference cooling for their GTX 580 Ultra Charged, but as you already know this cooler comes with the quite popular vapor chamber. Unlike the GTX 480, the new Nvidia card is much better when it comes to thermals and noise. The TDP is somewhat lower compared to the GTX 480 as the chip was slightly tweaked and the board has better power management. The novelty here is the clock speed throttling logic which reduces clock speeds when an extremely demanding 3D application such as Furmark or OCCT is run. Additionally, the power current regulation circuits regulate the speed of the fan with more precision than before.

With an average selling price of €440 for the cards based on reference speed and listings going all the way to €499, we cannot say it’s really a bargain. GTX 580 Ultra Charged clocks are pretty high compared to the reference ones but so is the price – it’s priced at €520. However, you should know that Point of View / TGT sweetened this deal with a gift game - Prince of Persia: The Forgotten Sands.

Thanks to this tech, Nvidia can get rid of its heatpipe solutions such as the one on GTX 480 (picture below). You can also see that the difference between reference and Ultra Charged’s cooler is only in the sticker. 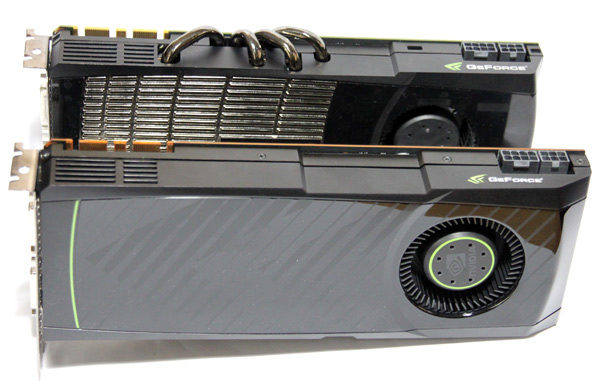 The vapor chamber method is simple - a chamber filled with of a water-like liquid evaporates and transfers the temperature from the GPU. Once the gas cools down, it “rains” back down and the process starts all over again. As a result, the card’s temperature dropped from an average 94°C on the GTX 480 to 85°C on GTX 580 cards. 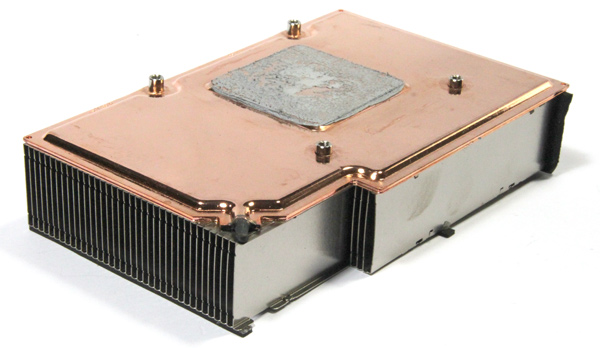 GTX 580’s PCB design hasn’t changed much from the GTX 480, but there have been improvements in power regulation circuitry. The GTX 480 has a hole in the PCB below the fan, but the GTX 580 has no holes in the PCB or the cooler’s metal block. 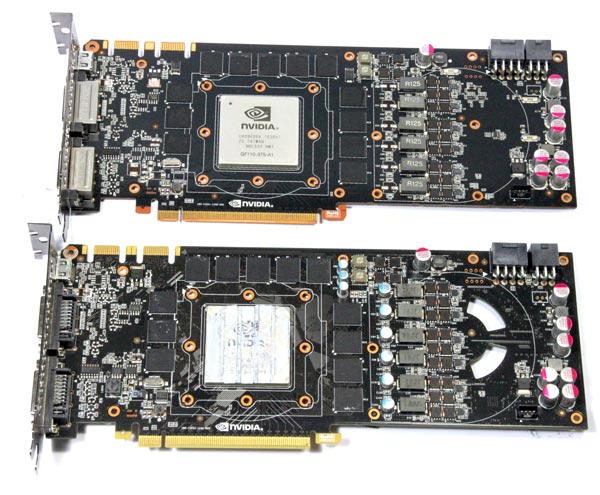 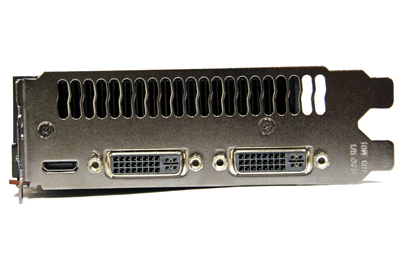 Video engine didn’t change; it is the same as on GF100, Fermi chips. You still have a maximum of two display supported. GTX 580 Ultra Charged comes with two DVI ports and a mini HDMI where you could use a mini-HDMI dongle to get a proper HDMI port. We think that consumers deserve to get HDMI and DisplayPort on any high-end card and we're not thrilled by the lack of the latter. 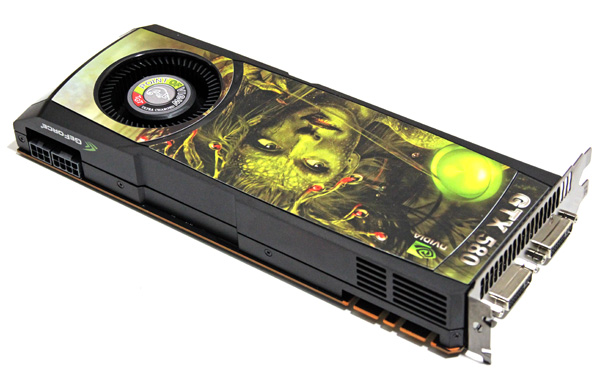 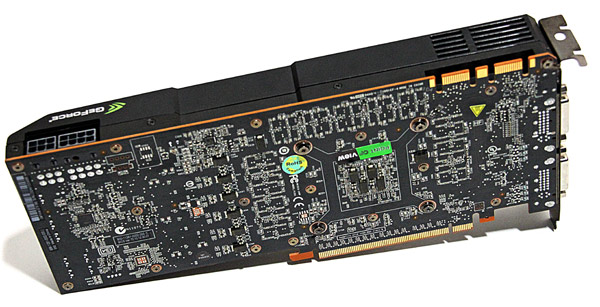 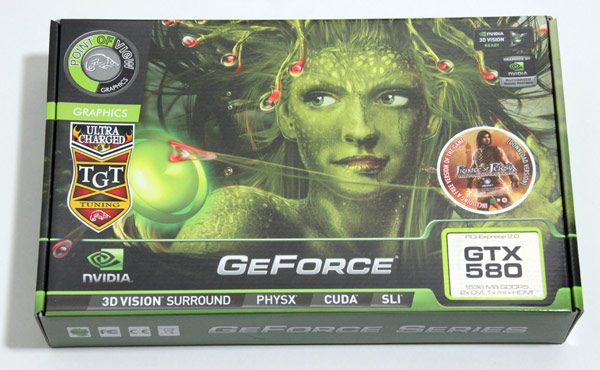 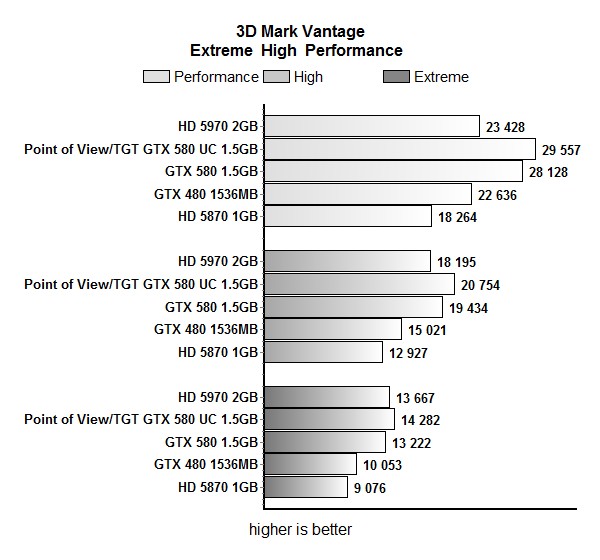 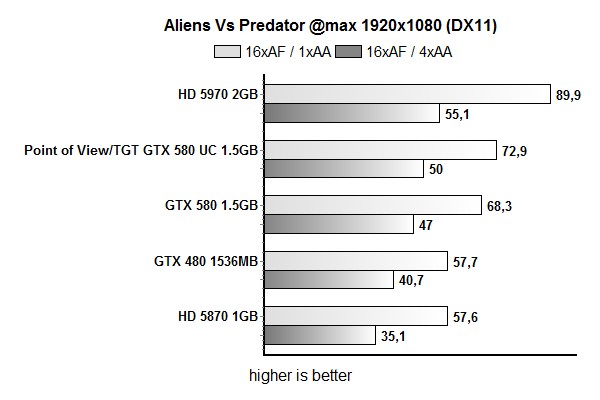 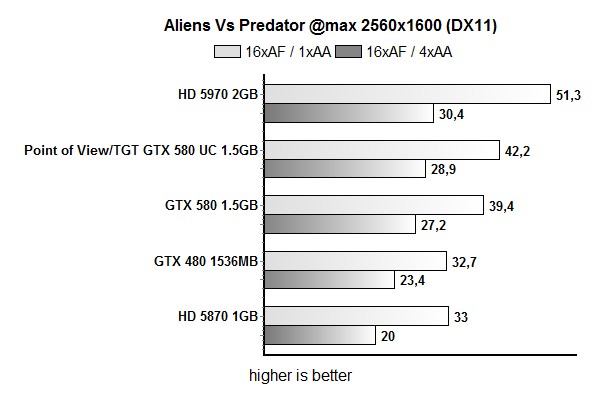 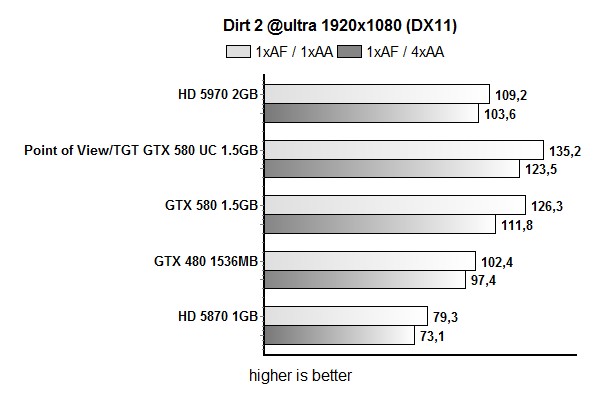 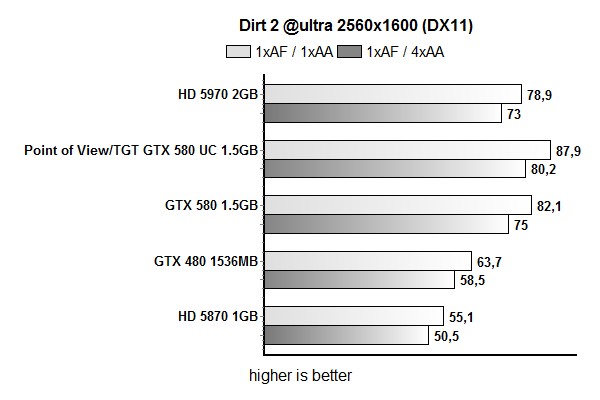 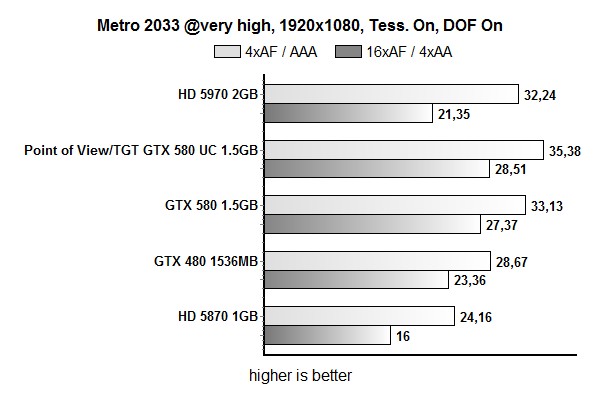 The memory on GTX 580 Ultra Charged has only received a minor boost but the GPU runs 69MHz faster than reference. This will be enough for about 7% better gaming results, but it must be said that there’s additional room for overclocking. In fact, our further overclocking resulted in 14% better performance when compared to the reference card. 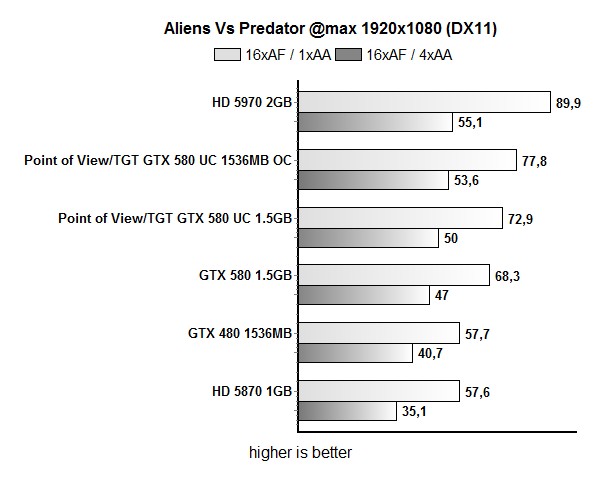 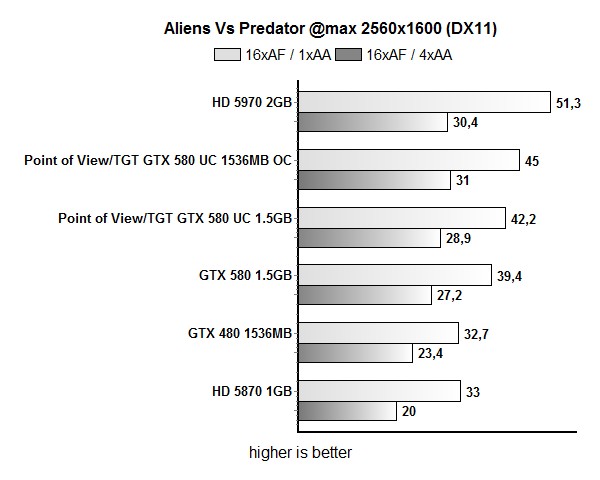 We recently tested a reference GTX 580 (1025mV default voltage) and managed to overclock the GPU to 855MHz. This is only 14MHz higher than GTX 580 Ultra Charged’s clock, but we didn’t mess with voltages or change the fan speed from AUTO mode.

Point of View / TGT pushed the default voltage to 1125mV, resulting in increased stability at higher clocks. Without meddling with voltages or changing the fan speed from AUTO mode we managed to push our today’s test subject’s GPU to 888MHz and the memory to 1150MHz (4600MHz effectively). Upping the voltage to 1138mV didn’t result in additional overclocking.

Higher factory clocks at the same time mean that the card will consume more compared to the reference card.

FurMark test is not quite favored by Nvidia’s driver and you’ll have to manually disable throttling or else the card will downclock on its own. Our consumption measurements show about 55W higher consumption compared to the reference card. The following results were recorded after we disabled Nvidia’s throttling mechanism. 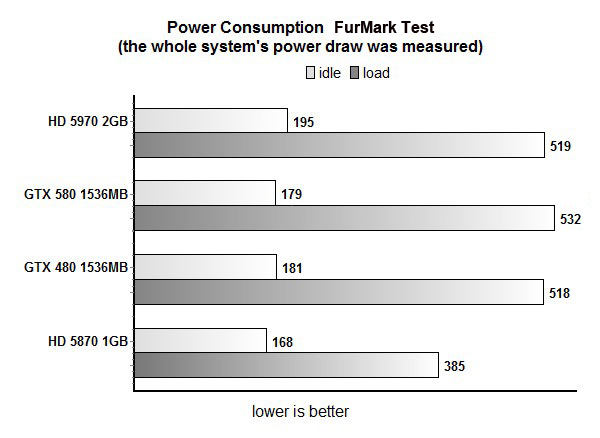 During Aliens vs Predator test our rig consumed about 425W with the reference GTX 580 and about 473W with GTX 580 UC. Strangely enough, the same scenario with GTX 480 resulted in only 410W, which doesn’t quite concur with the GTX 580’s touted lower consumption. Nevertheless, we decided to publish the results as they were.

The fan isn’t too loud during intensive gaming and we can finally say that we’re pleased with the noise levels. Speeding up the fan didn’t contribute to overclocking headroom.

Point of View / TGT is definitely keen on showing everyone they mean business, and the GTX 580 Ultra Charged stands as proof of this. This is one of the first factory overclocked GTX 580 cards and its clocks are pretty high compared to the reference ones. While the reference cards run at 772MHz for the GPU and 1002MHz (4008MHz effectively) for the GDDR5 memory, Point of View / TGT’s GTX 580 Ultra Charged comes with a GPU clocked at 841MHz and memory at 1026MHz (4104MHz effectively).

Thanks to the factory overclock, the card ran about 7% faster in our test games and not only that – we further overclocked it and got another 7% boost. Compared to the GTX 480, GTX 580 will provide about 22% more muscle. The card comes with reference dual slot cooling that’s pretty quiet for a high-end graphics card, especially if it’s the fastest single-GPU around. Idle operation is even quieter.

The card currently goes for about €525, here. Point of View / TGT sweetened this deal with a gift game - Prince of Persia: The Forgotten Sands, although we’d rather see some other, more demanding game, which would’ve put the GTX 580’s potential to good use. If GTX 580 sounds nice then you’ll love Point of View / TGT’s GTX 580 Ultra Charged and if you crave top performance, this is the card for you. Having said that, it might be wise to wait until the second half of December when Radeon 6900 series hits the shelves, if for nothing else then for the price adjustments.