Sapphire HD5770 Vapor-X comes with dual-slot cooling which is efficient and quiet at the same time. The cooler isn’t large mostly because the small Juniper chip doesn’t get very hot, especially at reference speeds. GPU runs at 860MHz, only 10MHz faster than reference, whereas the memory was left at reference clocks.

As you can see from the picture below, the plastic hood makes the Vapor-X cooler look bigger than it is, although the block that leans on the core isn’t large at all. Of course, this is more than enough to cool this card as we’re talking about Vapor-X here.

Vapor-X technology uses a vacuum chamber containing water, and you can see the chamber if you look under the fins. 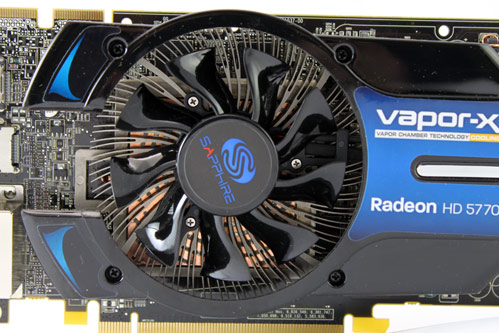 The plastic hood might serve to lend futuristic looks to the card, but the primary use is directing air towards the cooling block and power components. Although the card doesn’t expel air out of the case via I/O panels, it won’t matter much for the HD 5770 as, unlike it’s HD 58xx big brothers, it doesn’t get hot enough to meaningfully affect other components within the case. 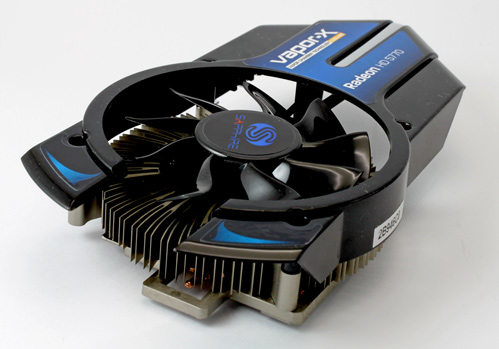 The following photo shows a chamber that does the vaporizing, and you’ll notice that the chamber is sealed shut in a similar manner as classic heatpipes. If you want a simplified explanation, you can just call it a flatter heatpipe that transfers GPU heat to the fins in a much more sophisticated way than traditional heatpipe solutions are capable of. 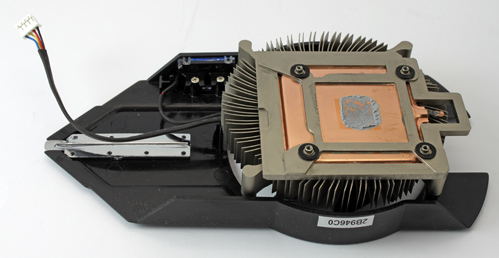 The cooler’s aluminum body is round and the entire surface is covered by the fan. The vapor chamber also features hefty surface are because, in the absence of heatpipes, it has to maintain maximum contact with the aluminum fins that take care of heat dissipation. Note that the chamber doesn’t cool the memory, only the GPU.

The following photo shows the card’s black PCB and four of eight memory modules. Sapphire opted on using 1GB of GDDR5 memory, which is already a prerequisite for many gaming titles, most notably when higher resolutions and antialiasing are used. 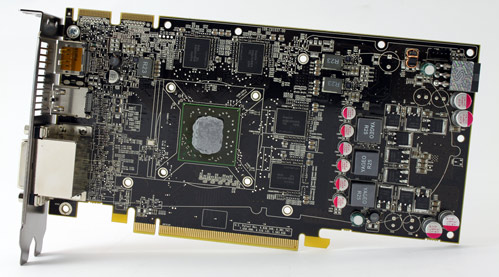 The rest of the memory is located on the back of the card. The memory in question is Hynix GDDR5 H5GQ1H24AFR T2C, rated at 2.5GHz. 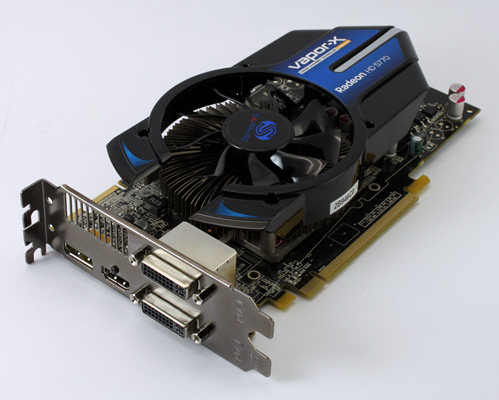 Sapphire kept all the reference connectors – HDMI, DisplayPort and two dual-link DVI outs. This is more than enough for most users but in case you need a VGA out, Sapphire thought of that and included a DVI-to-VGA adapter just in case. 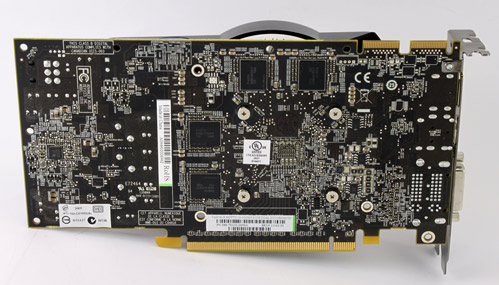 In case one HD5770 isn’t enough to satisfy your gaming hunger, you can easily add another one as Sapphire HD 5770 is CrossFire ready. The car card requires a 6-pin power cable. The plastic hood features Sapphire’s logo, with a LED glowing behind it when the card is running. 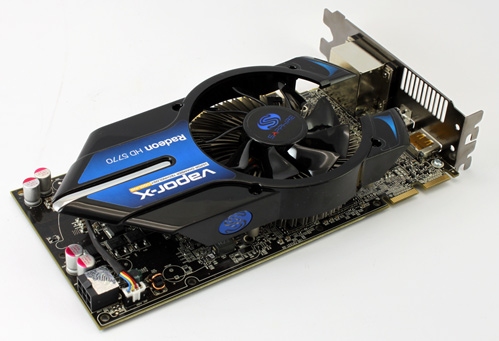