We recently got the chance to review the Hyper TX3, yet another cooler from CoolerMaster's line of affordable CPU cooling solutions. This cooler is priced somewhere between €15 and €20, but the icing on the cake is the fact that it supports new Intel Core i5 and i3 processors.

Hyper TX3 comes in standard clear plastic packaging, so you can take a closer look at it and see whether it's what you need. Since this is a budget cooling solution, the packaging has been designed accordingly, which is certainly a nice move because paying for packaging when buying coolers has no merits whatsoever.

The packaging features some information on the main characteristics. The front of the "box" lists supported processors whereas the rear is reserved for specs.

The heatsink is made of aluminum whereas the heatpipe and the base are made of copper. We must admit that compared to the rest of CoolerMaster's offer, our today's sample is pretty small in comparison. Judging by size alone, it's easy to conclude that you can't expect miracles from this cooler, but Hyper TX3 will be a more than good alternative to Intel's reference CPU coolers.

Hyper TX3 features three heatpipes branching out from the base and going towards the top of the cooler, passing through the aluminum cooling fins.

Hyper TX3 comes with one fan, but it's Tower design and two identical sides on the heatsink allow for mounting two 92mm fans, just in case better performance is what you're after.

Hyper TX3 uses 4-pin PWM fan running at 800-2800 rpm. This means that the fan will dynamically alter the rpm count depending on the needs of the actual rig. Manufacturer's specs say noise levels range from 17 to 35 dBA and the fan life is at 40.000 hours. Maximum rmp unfortunately makes quite a bit of noise, but it's still nowhere near to what Intel's reference cooler does when maxed.

The fan's inner edges rest on the heatsink and are coated in rubber, in order not to introduce noise during operation.

The cooler's base is comprised of an aluminum plate and copper heatpipes, placed in a way to provide direct contact with the CPU.

It's well worth noting that this is CoolerMaster's first cooler that's fully compatible with Intel's socket 1156.

The Hyper TX3 weighs in at 470 grams, although it might seem much lighter when carried. CoolerMaster uses a simple push-pin mechanism for Intel's sockets, which is fastened with screws to the aluminum part of the base.

For AMD's sockets, the TX3 uses the standard mechanism. 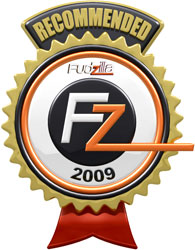