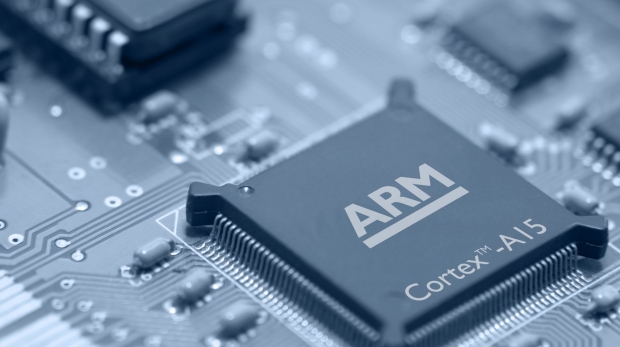 Claims that it is the most efficient

British chipdesigner ARM has announced details of its new Cortex-A35 64-bit processor and it has a swathe of new features.

ARM dubbed the Cortex-A35 processor its new standard-bearer for efficiency among 64-bit processor and says it is the most efficient Cortex-A class CPU it ever made.

It delivers an average of 20 per cent greater performance and efficiency across a range of 32-bit mobile workloads relative to Cortex-A7. However it only uses less than 90mW total power per core, when operating 1GHz in a 28nn process node.

“Overall, the Cortex-A35 processor is a performance-per-milliwatt leader designed to enable a complete and uncompromised 64-bit mobile user experience while maintain full compatibility with existing 32-bit applications,” the company said.

James McNiven, general manager, CPU group saod that the Cortex-A35 is the natural successor to the compact-footprint Cortex-A7 which was the leading energy-efficient processor, which has powered more than a billion smartphones and tablets.

“With the introduction of the world’s most efficient 64-bit capable mobile processor, ARM and its partners will deliver the benefits of 64-bit computing to the next billion smartphone users and beyond,” he said.

ARM is taking data protection to the next level with the TrustZone CryptoCell product family. The enhanced security technology creates an additional layer of hardware security and enables the isolated storage of high value assets, offering optimized cryptography and the lifecycle management of key materials.

MediaTek Jeffrey Ju, executive vice president and co-chief operating officer, said that the ARM Cortex-A35 processor was being used by his company for its scalability of the ARMv8-A architecture, which will enable us to continue to provide efficient and highly integrated 64-bit SoCs to global markets.