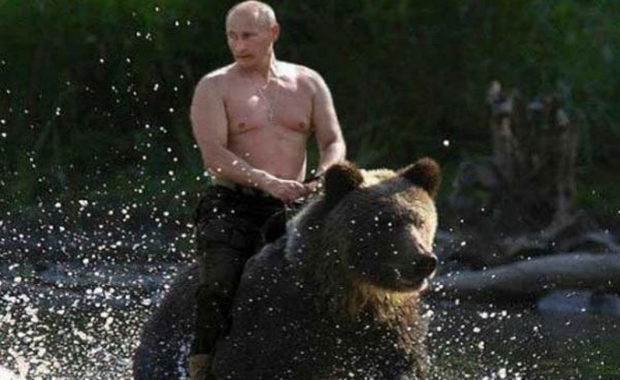 Putin on the Bits

A Russian firm announced its intention to build its own homegrown CPUs as part of a cunning plan to keep the Americans from spying on the glorious Empire of Tsar Putin and oil oligarchs.

Moscow Centre of SPARC Technologies (MCST) has announced it's now taking orders for its Russian-made microprocessors from domestic computer and server manufacturers.

Dubbed the Elbrus-4C, it was fully designed and developed in MCST's Moscow labs. It's claimed to be the most high-tech processor ever built in Russia. They claim it is comparable with Intel's Core i3 and Intel Core i5 processors, although they do not say what generation as one spec we found claimed it could manage a blistering 1.3 GHz which is slightly less than an average mobile phone.

Sergei Viljanen, editor in chief of the Russian-language PCWorld website said that the chip was at least five years behind the west.

"Russian processor technology is still about five years behind the west. Intel's chips come with a 14nm design, whereas the Elbrus is 65 nm, which means they have a much higher energy consumption."

MCST's Elbrus-4C chips are powered by a 4-core processors, and come with an interface for hard drives and other peripherals. The company finalized development of Elbrus-4C in April 2014, and began mass production last autumn .

Last modified on 11 May 2015
Rate this item
(5 votes)
Tagged under
More in this category: « AMD talks about new A-series desktop pricing Top chipmakers in open source MIPS push »
back to top