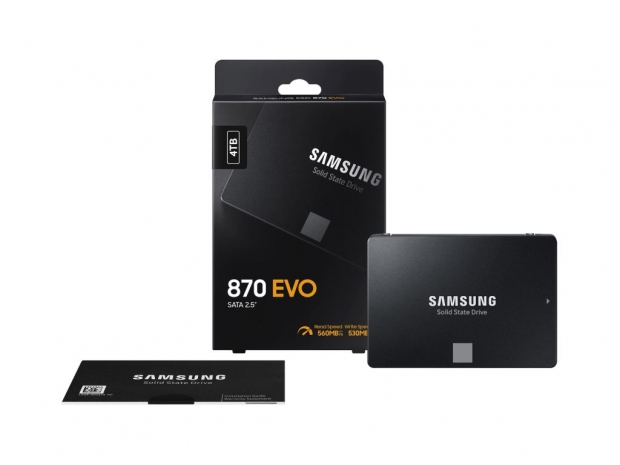 Samsung has launched its latest addition to the SSD lineup, the 870 EVO, which pairs up TLC NAND with an updated controller in order to push the SATA interface to its limits, achieving 560MB/s read and 530MB/s write sequential performance.

Similar to the 870 QVO, released earlier, the new Samsung 870 EVO uses the Samsung MKX controller, which when paired up with 128L 3D TLC NAND should offer up to 38 percent performance improvement in random read performance compared to the 860 models, at least according to Samsung. Samsung also equipped the 870 EVO with variable SLC buffer, which allows its own Intelligent TurboWrite technology to maintain peak performance levels.

All models are rated for peak sequential read and write performance of up to 560MB/s and 530MB/s, respectively, as well as 98K IOPS read and 88K IOPS write random performance.

As these are TLC-based SSDs, you are looking at write endurance ranging from 150TBW for the 500GB model to 2,400TBW on the 4TB one, or 0.3DWPD (driver write per day). All models are backed by a 5-year of warranty.

Hopefully, the Samsung 870 EVO will live up to its promises and we'll see some detailed benchmarks soon. 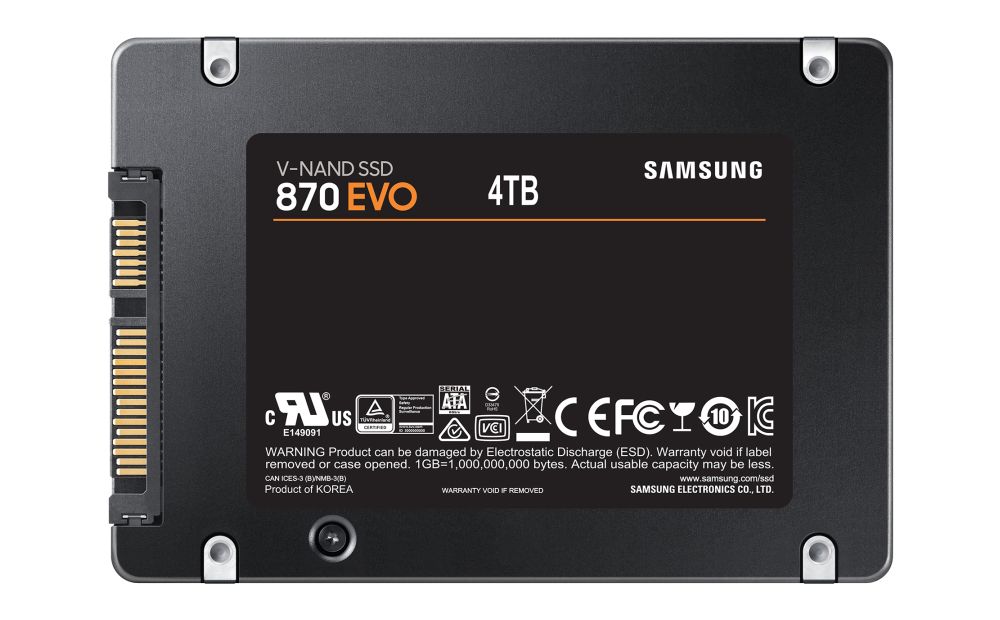 Last modified on 20 January 2021
Rate this item
(0 votes)
Tagged under
More in this category: « Trump supporter wanted to sell Pelosi's laptop to Putin TSMC start making Intel’s Core i3 »
back to top