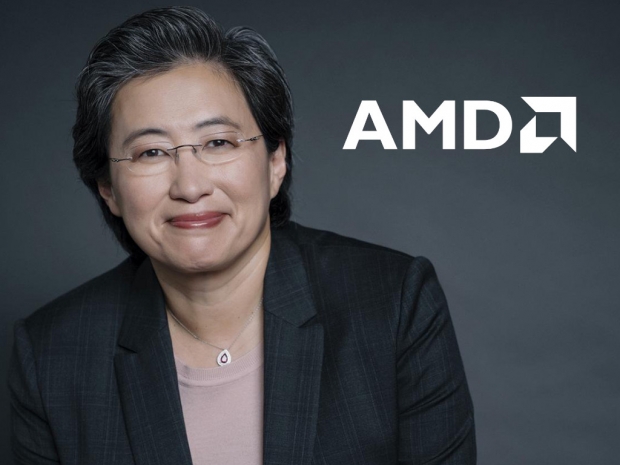 As well as the Computex 2019 keynote

AMD is obviously not sitting on its hands as the company has a lot to show and a lot to talk about, including 7nm AMD EPYC datacenter processors, its 3rd Gen AMD Ryzen desktop processors and the new Navi GPU architecture.

On May 27th, AMD will be hosting the opening keynote at the Computex 2019 show. Led by AMD CEO and President, Dr. Lisa Su, the keynote will is a big deal for AMD. Lisa Su was very excited about "the most important global events for the industry" and has promised "new details about the next generation of high-performance AMD platforms and products".

AMD is proud to announce that CEO Lisa Su's #COMPUTEX2019 keynote will be livestreamed on AMD's YouTube channel. Set a reminder to tune in at 10AM TST on May 27th to watch it live! https://t.co/BkVFWMlzin pic.twitter.com/IQvheSaTwo

In addition to the Computex 2019 show, which will probably be heavily focused on 7nm EPYC CPUs, although we do expect the launch of 3rd generation Ryzen CPUs and more details on Navi GPU architecture, AMD will also be hosting a live-streamed event at the E3 2019 show on June 10th, and as this is a gaming event, you can expect a bigger focus on next-generation consumer products, like the new Ryzen CPUs, Navi series graphics cards and more.

.@AMD is headed to #E3 for a special #NextHorizonGaming event! If you’re in LA, join us at @TheNovoDTLA, or watch our livestream to learn about AMD’s next-generation products that will power new PC, console and cloud gaming experiences for years to come. https://t.co/yEhN7N5dV6 pic.twitter.com/sTsD9Au7RB

There is a slight chance that AMD will use the Next Horizon Gaming event to announce its Navi graphics card series but, as AMD announced during its Q1 2019 financial call, next-generation graphics cards based on Navi GPU architecture will be coming in Q3 2019, so July, or most likely in August.

In any case, AMD will have an exciting second half of the year and hopefully, its next-generation CPUs and GPUs will put even more pressure on the competition and deliver on its promises and roadmaps.,