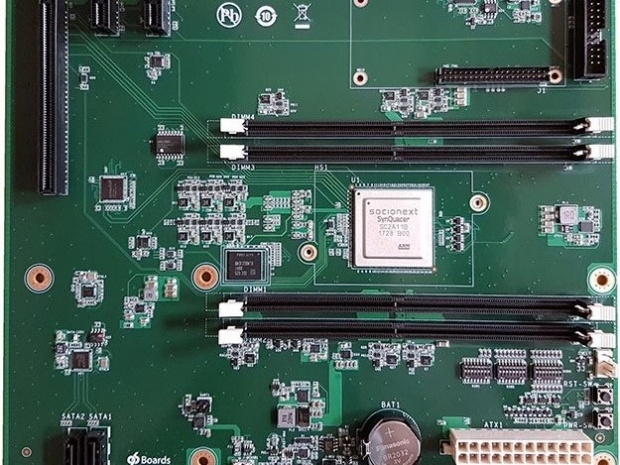 SinoVoIP is releasing a version of its Banana Pi boards which enables you to build a 24-core ARM server.

Hothardware said that while SinoVoIP has a “checkered reputation” when it comes to documentation and firmware updates for its devices, it has a good user community that reportedly offsets that downside to some extent.

Details on the motherboard and platform are unknown, and the blurry image above is the only clue at what the company is creating.

The OS is Ubuntu 18.04.1 LTS with MATE desktop. Unless the processor used in this device is something unannounced, the chip should be a SocioNext SC2A11. The same processor is used in the Linaro Developer Box.

The video shows the 24 cores of the server being fully used while building the Linux kernel.

The comments claim the board supports NVMe storage and that TensorFlow (for machine learning) under Docker, Raspbian, and ROS Melodic Morenia have all been tested on the board. There is no indication of pricing yet.