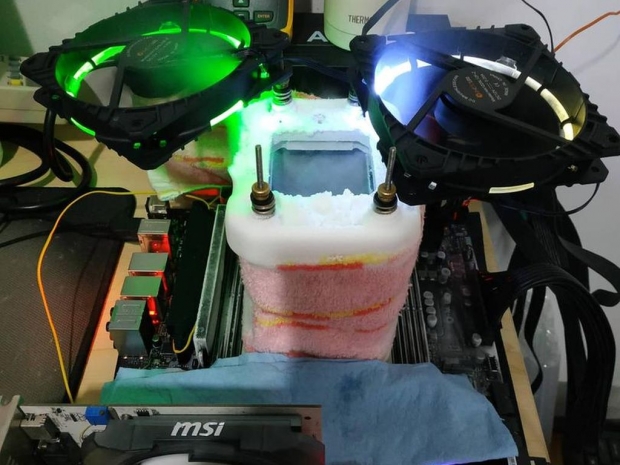 But only on one core

While extreme LN2 overclocking might not be the real representation on how good a CPU is, it is still nice to see how far these chips can be pushed, and Indonesian OC site, with a team led by IvanCupa, managed to push a single core of the 32-core AMD Ryzen Threadripper to an impressive 5.955GHz.

The overclocking was done on MSI's X399 MEG Creation motherboard with 8GB of DDR4 memory, with CPU voltage at 1.68V, and cooled by a lot of LN2 (hitting -184C with full pot).

Bear in mind that while all 32-cores were enabled when booting from BIOS, including SMT, the overclocking was done on a single "best" core which was picked using Ryzen Master, while other cores were downclocked. This can be seen on the screenshot submitted at HWBOT.org.

AMD's 2nd gen Ryzen Threadripper CPU got nothing but praise and it appears that at least some SKUs, if not all, will also be a favorite among the overclocking crowd.

Hopefully, we will also see how far all 32-cores can be pushed and we doubt that this will be the last overclocking feat on AMD's flagship Threadripper 2990WX. 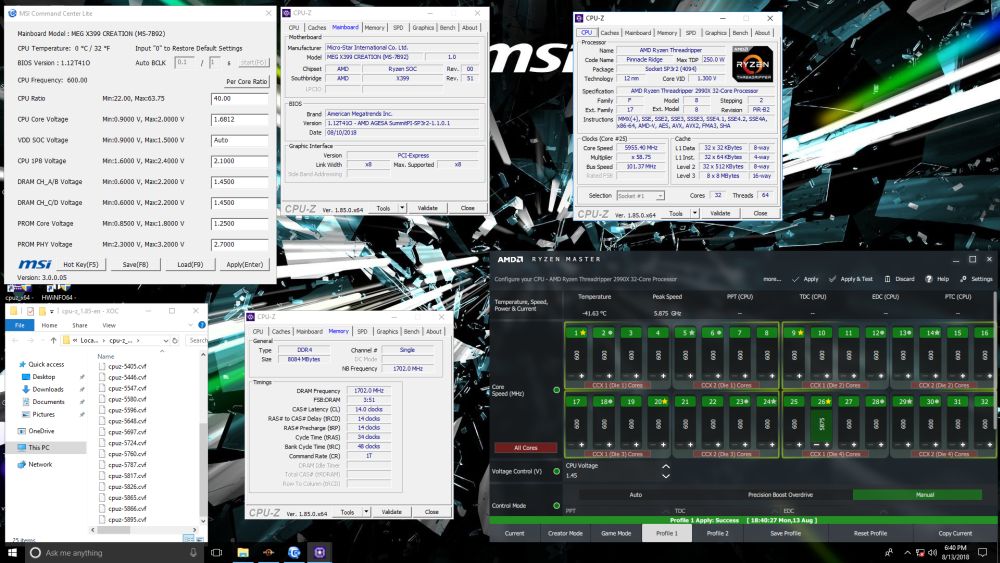