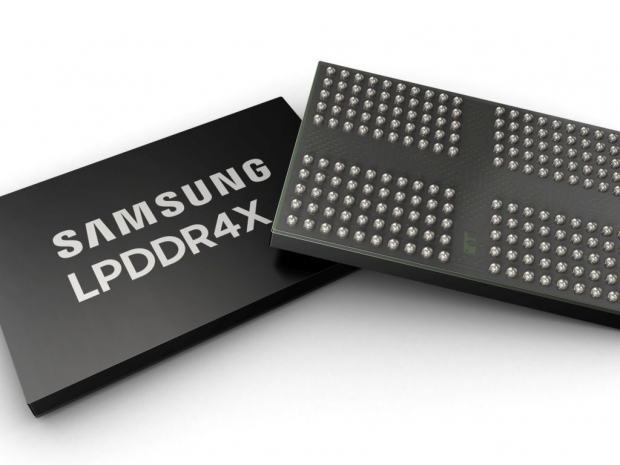 While it has only recently announced 8Gb LPDDR5 DRAM prototypes, the company is not giving up on LPDDR4X memory as it has just announced mass production of the industry's first 2nd generation 10nm-class LPDDR4X DRAM that will bring slimmer chips and lower power consumption while maintaining the same data rate.

The 2nd generation 16Gb LPDDR4X DRAM chips are part of the company’s push to expand its DRAM lineup based on the 1y-nm manufacturing process by more than 30 percent, which started the first 10nm-class 8Gb DDR4 server DRAM. According to info provided by Samsung, the 2nd gen LPDDR4X DRAM will provide up to 10 percent power reduction while maintaining the same 4.266 Mb/s data rate, compared to the 1x-nm 16Gb LPDDR4X mobile DRAM memory chips used in current flagship devices.

Samsung created an 8GB LPDDR4X mobile DRAM package by using four 10nm-class 16Gb LPDDR4X DRAM chips, providing a data rate of 34.1 GB/s in this four-channel package as well as reducing the thickness of by more than 20 percent, which gives smartphone makers more room to create even slimmer devices.

Samsung was also keen to note that in line with the roll-out of 10nm-class LPDDR4X chips, it has opened up a new DRAM production line in Pyeongtaek, Korea, which will provide stable supply and respond to  increased demand.

According to details provided by the company, smartphones with the  new 2nd-gen LPDDR4X chips will arrive in the first half of the next year, with 4GB, 6GB, and 8GB LPDDR4X packages.