LG has officially announced its first smartphone SoC, the NUCLUN, formerly known as the Odin.

The oddly named chip is a big.LITTLE part with four Cortex-A15 and four Cortex-A7 processors. The A15 cores can hit 1.5GHz, while the frugal A7 cores max out at 1.2GHz.

What makes NUCLUN different is LTE support, more specifically support for LTE-A Cat6. This allows download speeds of up to 225Mbps, provided you can find a Cat6 network near you. 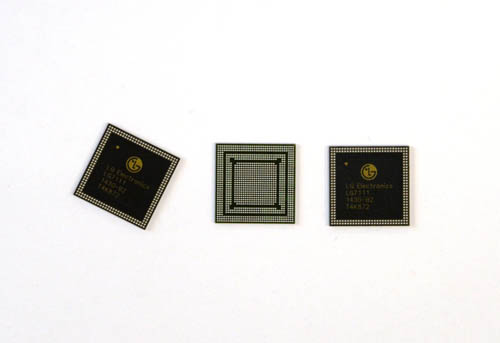 "NUCLUN opens up a new chapter in LG’s history of innovation in the mobile industry,” said Dr. Jong-seok Park, president and CEO of LG Electronics Mobile Communications Company. “With this in-house solution, we will be able to achieve better vertical integration and further diversity our product strategy against stronger competition."

At least Park did not mention going to thermonuclear war with the competition, using the NUCLUN as a first strike weapon to take out Samsung's retaliatory capability in a surprise counterforce attack, or to send Cupertino to the ash heap of history.

There are still a few unknowns. LG did not reveal what sort of GPU it chose for the NUCLUN, but the company did announce the first product based on the new SoC.

The LG G3 Screen, a 5.9-inch phablet with a 1080p IPS panel, is the company's first smartphone based on an in-house SoC. The phone features 2GB of RAM, 32GB of eMMC storage, microSD slot, 13-megapixel camera and 3000mAh battery.