Qualcomm not afraid of Tegra 4

Nvidia might have made a lot of Tegra noise at MWC, but it appears that Qualcomm is not that worried about Nvidia's new chip and is quite confident that Snapdragon 800 will end up on top.

Qualcomm's Senior VP of Product Management, Raj Talluri certainly stepped on Nvidia's toes by saying that Qualcomm is "more focused on shipping products" rather than refuting competitors' claims. While talking to TheVerge.com, Raj Talluri also noted that he still believes that their Snapdragon 800 easily beats Nvidia Tegra 4. He also adds that despite the fact that Tegra 4 may be impressive, Snapdragon 800 is simply "much more integrated" with LTE modem and simply more powerful in general terms, especially as it can encode and decode 4K content, which Qualcomm happily demonstrated at MWC.

We have yet to see a device based on Snapdragon 800 SoC (ZTE Grand Memo confusion aside) but according to Qualcomm, we can expect over 50 product design wins that should show up in the coming months and go on sale in the second half of 2013.

Qualcomm has every right to be confident as Nvidia's Tegra 4 and Tegra 4i are simply too late and Qualcomm has an entire range of new chips, from Snapdragon 200 for entry-level, SnapDragon 400 for mid-range, Snapdragon 600 to battle Tegra 4i and Snapdragon 800 to go against Nvidia's flagship Tegra 4. 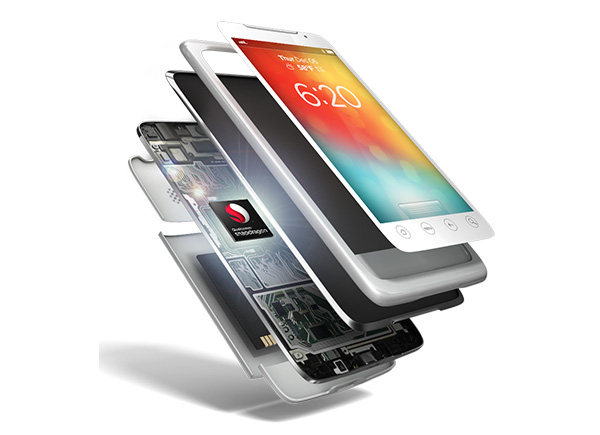