Xilinx finalized the acquisition of Solarflare 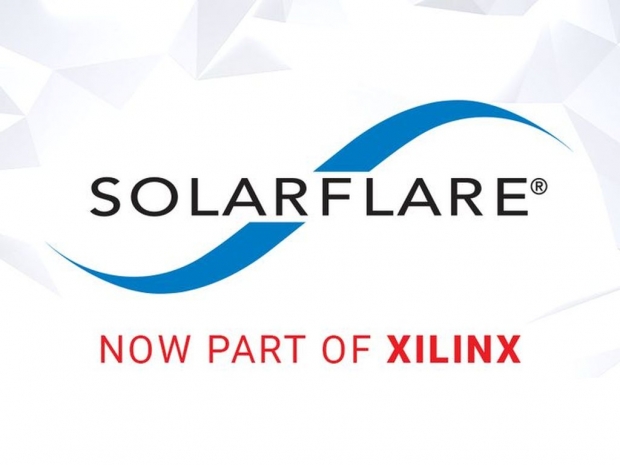 The 'datacenter first' strategy at Xilinx required certain laser-sharp acquisitions. After the Deephi acquisition focused on the AI and ML, the company just closed another key strategy acquisition of a smart NIC company by the name of Solarflare.

Solarflare is an important part of the puzzle, as we mentioned here, as the company possesses an ultra-high performance and ultra-low latency networking software that powers SmartNIC intelligent network interface cards (NICs). Earlier this year Xilinx and Solarflare demonstrated a single-chip FPGA-based 100Gb SmartNIC processing 100 million packets per-second receive and transmit, all at less than 75 watts. Deephi was a critical acquisition and we wrote about this previously.

When Xilinx determined that a key focus of the company in the future would be enabling data center acceleration and that we would be transforming from a silicon provider to offering a next-generation platform company, its executive team set about identifying critical technologies and the companies that provide them.

Solarflare was on Xilinx’s shortlist, as they had been collaborating for some time, and ultimately became a strategic investor. Its family of SmartNIC intelligent network interface cards (NICs) and software are truly industry-leading, providing their customers with ultra-high performance and ultra-low latency networking.

The acquisition has been formally closed, and Xilinx now gains market-leading network-oriented platforms to serve its customer needs better.

The new class of software and hardware adaptable SmartNICs developed as a result of the combined companies will be able to run the network, storage and compute acceleration directly on a network interface card, eliminating the need to run these workloads on servers. Xilinx will also integrate Solarflare networking technology into its Alveo portfolio of adaptable accelerator cards for critical data center workloads.

Think about one thing - the cards will be able to communicate without the burden of the server processor, interrupts and IOs that all add some latency. Direct communication seems to be a key forward for many network providers and makes remote storage appear closer to the system even being miles away.

Every iPhone, Samsung, an Android smartphone that sells, every PC that connects every Facebook, Twitter, Instagram, WhatsApp requisite needs a thick infrastructure at the data center level, and Xilinx wants to be the part of that.