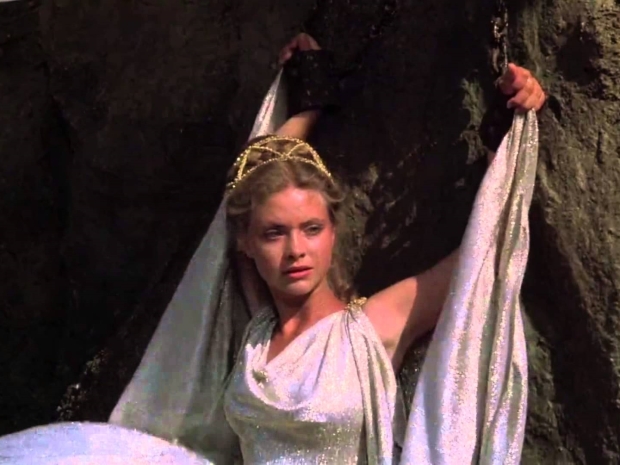 Where is Perseus when you need him?

Software King of the World Microsoft has abandoned plans for its own mobile operating system.

Andromeda, which was named after the Virgin princess who was chained to a rock to be eaten by a sea monster to get her parents out of trouble with Poseidon, has been sacrificed to Google’s Android.

Windows Central got its paws on a pre-release build of Microsoft's cancelled Andromeda OS running on a Lumia 950 and said that it was rather a pity the OS was not saved.

Vole apparently tried to do something unique with Andromeda OS, and build out OS experience around a journaling/inking experience.

On the lockscreen, the user could take notes directly onto the lockscreen UI just by putting pen to screen without initiating a special mode, or enter an app first, just take your Surface Pen and begin writing.

Unlocking the device would take you to your home screen, which on Andromeda OS is another inking canvas. This canvas is called the Journal (though this later became the Microsoft Whiteboard app) which acted as a digital notebook with the ability to take notes with a pen, add sticky notes, insert images and 3D objects, and more. The Journal experience would always be running in the background, with your phone apps running above it.

Andromeda OS was gesture-based and the on-screen Start and Cortana buttons would disappear when opening an app to provide a full-screen experience, so to access those areas, you'd swipe in from the left for Start, and from the right for Cortana, which is also where your notifications were stored.

Cortana became a "manager" of notifications missed or stored for dealing with later. A swipe down from the top would reveal the Control Centre, which is feature that's now shipping on Windows 11, but started life on Andromeda OS.

Feature-wise, it's the same, with the ability to control things like Wi-Fi, brightness, volume, and music playback. It also features Fluent Design acrylic blur effects, as do many other parts of the UI, even in this unfinished state.

The only thing that Windows Central could not test was the Continuum mode that Microsoft was also working on for Andromeda OS, it was broken. Vole hoped Continuum would be a true desktop experience, with windowed app experiences, and the ability to store icons on the desktop.