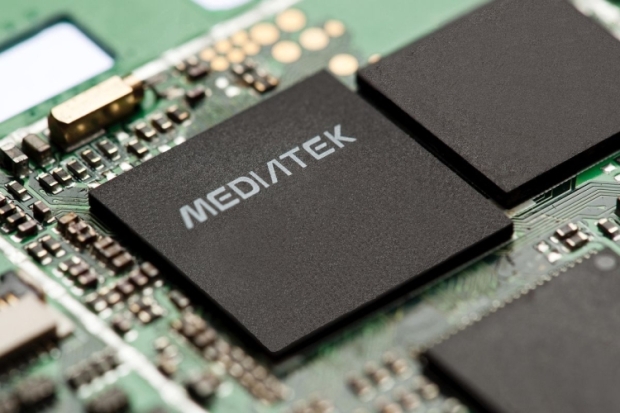 MediaTek Dimensity 9000 got a lot of coverage, and the marketing machine is trying to promote this chipset as a premium. Guess what? Dimensity 9000 is not a premium chipset as it suffers from stitched stock Cortex IP, stock Mali GPU, lack of premium phone design wins, and, most importantly, too optimistic SoC clocks. The clocks, especially the mid-cluster, might get the company in trouble due to the high energy drain.

Let me walk through the MediaTek mindset and how things work. There is a big culture of overpromising and under-delivering that we’ve seen in the past. Let’s quickly brush up your memory with Helio cores that at one point introduced three clusters of SoC that failed to materialize in performance in the real world.

The worst part is a significant inconsistency problem with the designs. The company is known for changing its branding (Helio vs. Dimensity now), roadmap, market segment, and other inconsistencies.

In the past, Mediatek made some significant market gains in the mid and especially low-end market with its 4G solutions. That is where they stayed for most of the 4G decade, especially with design wins in China, but they never ended up being called a Premium chipset manufacturer.

First, let’s address the big elephant in the room, the Sports mode specific to benchmarking from 2020 discovered by our friends at Anandtech. MediaTek was known to boost the clock at the expense of battery life, creating winning performance scores and essentially delisting from some prominent platforms, including 3Dmark and PCMark. Wikipedia calls it Benchmark cheating. I would be curious to see if they are still whitelisting to boost their benchmark scores with D9000 as they never came out publicly and are committed to changing their ways.

Snapdragon 8 Gen 1 uses a very similar CPU configuration with a big distinction in a CPU clock. The big Cortex X2 core is running at 3.0GHz. Three middle cores based on Cortex A710 are clocked at 2.5GHz, while the four efficiency cores are at 1.8GHz.

There is a slight distinction in the X2 cores between Snapdragon and Dimensity, but let’s address the elephant in the room. The 3x Arm Cortex-A710 up to 2.85GHz. If this was a good power/ performance balance, don’t you think Qualcomm would use the same (similar) clocks rather than settling for 2.5GHz?

The 350 MHz higher clocking must result in higher energy consumption and a major hit on the battery life.

According to ARM, Cortex A710 performs 10 percent higher than its predecessor, Cortex A78, while having 30 percent lower power. What happens when one increases the clock? Obviously, the power consumption increases dramatically.

Judging from the past, Dimensity 9000 will probably suffer from overheating in repetitive benchmarking or gaming. There is a big chance that the advertised performance might only be used on the benchmarking as it would drain too much battery for everyday use. Keep your eyes on this.

Design wins, Dimensity for the second-best

Let’s give MediaTek the benefit of the doubt and assume that they are capable of miracles and able to run mid-cluster significantly higher than the market leader. Let’s look at the design wins and who will get what.

There were leaks that there will be a lot of premium design win phones using Dimensity 9000. Let’s look at announced or confirmed high-end phones based on 2022 chipsets. Motorola is using Snapdragon 8 Gen 1 for its Motorola Edge X30.

There is a pattern here. While some of the brands mentioned above will undoubtedly use Dimensity 9000, they will use it for the second-tier phones as they did in the past. The Redmi K50 is supposed to use the Dimensity chipset, but Redmi is Xiaomi’s runner-up brand for lower-tier phones.

There is a rumor that Oppo will end up using Dimensity 9000 for its Find X4 and that the higher end Oppo Find X4 Pro will use Snapdragon 8 Gen 1. This will be the pattern with almost every vendor that will launch high-end phones, including Oppo, Vivo, Xiaomi, Redmi, Realme, Motorola, and Honor.

Snapdragon 8 Gen 1 after three runs drops to 980,000, and it will be interesting to see the scores from the Dimensity 9000 after running it a few times consecutively, and of course, see the impact on the battery life. It looks like GPU scores are much more dominant on the Snapdragon 8 Gen 1 while CPU benchmark sometimes prevails on the Dimensity.

Adreno GPU is now 30 percent faster than the previous Snapdragon 888 Adreno, challenging even the mighty Apple A15 bionic in GFX benchmarks. That is a huge success considering that Apple has had a dominant GPU score before. Google Pixel with Tensor CPU, Huawei Mate 40 Pro with Kirin 9000, or  Samsung with Exynos 2100 score dramatically less, even lower than last year’s Snapdragon 888.

MediaTek claims that its MediaTek Imagiq 790 is capable of 18-bit HDR-ISP fusion up to 9Gpixel/s. Most likely, MediaTek uses three exposures, adding the number of possible pixels and coming up with 9Gpixel a second. In reality, if the image processing uses three exposures to create an image, these would instead count as 3x3Gpixel than just claiming 9 Gpixels. There is an obvious miss of many features mentioned above.

The reality is that MediaTek-based solutions don’t even show up on DXOMark’s top 50 phones. Let’s see if that changes, but if we counted correctly, OnePlus Nor 2 5G is the first MediaTek current based Dimensity 1200 based phones to make a list at the 58th place. Let us see if that will change with Dimensity 9000.

Snapdragon is on its 7th generation AI engine, and it includes 2x larger shared memory plus a 2x faster tensor accelerator. It introduces the 3rd Gen Sensing Hub, featuring a Low Power AI System and the world’s first always-on ISP. It is always-on yet secure and automatically tracks your activities and surroundings. It supports mix precision ( INT8+INT16) and support for all precisions (INT8, INT16, FP16.

The AI Engine is 4x faster than its predecessor while improving power efficiency by 70%. AI is so powerful that it can apply Leica filters on the fly, improving bokeh and even apply bokeh on the video files. That is a lot of processing. It is also powerful enough for Hugging Face’s natural language processing tools to analyze and prioritize phone notifications. The new AI engine will help with image classification, object detection, image segmentation, natural language processing, language understanding, and many more scenarios.

Enabling AI use-cases across flagship devices beyond just speed-feeds is the key. AI will just sit behind the scene and make your translations smoother, camera and image performance better without you even noticing, taking away battery life performance. It will even make your 5G signal better.

Let’s start with the 10 Gbps maximal speed of the X65 5G Modem-RF System. It is the fastest modem to date, and one can get these speeds using Cellular Modem-RF Specs that now support 8 carriers (mmWave), 2x2 MIMO (mmWave), 4x4 MIMO (Sub-6).

There is also a significant download 7 Gbps vs. 10 Gbps and upload 2.5Gbpts vs. 3.0Gbps speed the difference, and one can bet that Qualcomm provides RF filters to most customers, will pay a big difference. It will be fun to test Snapdragon 8 Gen 1 vs. Dimensity 9000 in 5G performance and WiFi performance.

Qualcomm was first to announce three-carrier aggregation with 5G, apart from millimeter wave support that the competition lacks, has better and broader support by the operators around the globe.

Snapdragon 8 Gen 1 supports Dual Band Simultaneous, enabling the device to use more than one band and resulting in two 2x2 WiFi connections. Today, this is becoming a de facto standard for phones, and MediaTek doesn’t have it. It is a big deal for gaming, and dual bands is a must-have for low latency gaming.

There are some apparent advantages of the Snapdragon 8 Gen 1 versus Dimensity. Let’s mention some other features that contribute to a flourishing ecosystem.

The Snapdragon Voice and Audio support stand out. Many headphones and earbuds manufacturers are using the AptX codec, resulting in 16-bit 44.1kHz CD Lossless wireless music streaming for the users with its latest iteration and the Snapdragon 8 Gen 1. Sensing hub and always-on will enable more responsive tasks for the phone. Let us not forget the IoT, smartwatches, and especially PC and XR devices that will lead us towards the Metaverse area of communication. Snapdragon powers a whole ecosystem.

After years of winter sleep, plucky MediaTek is waking up. It has mobilized marketing and PR forces in the US made a launch event in California beach a few weeks ahead of Snapdragon Summit. They tried to sell the benchmarking story, and overall system CPU performance matters above everything. It is an important piece of the puzzle but far from the overall picture.

That shows a follower culture that results in good products but usually doesn’t get there first as it doesn’t want to invest enough in the in-house IP and innovation. That is what it comes down to. The level of in-house innovation makes the difference. Soon enough, future Snapdragon will end up with a custom ARM Nuvia based CPU that will result in a significant performance increase from the stock Cortex ARM.

The innovation with 5G modem, wireless, sensing hub, GPU, gaming, and XR will continue its path and make sure not to mistake Dimensity 9000 for a high-end chipset. It will be a good competitor to the performance tear and Snapdragon 7 series but make no mistake, Apple A15 Bionic, upcoming Exynos

2200 are the only other premium game in town. Europeans wish that S22 and the future Samsung the phone comes with Snapdragon, just as Fold and Flip do globally, but so far, this has not materialized for all the phones, simply as Snapdragon 8 Gen 1 would be a more rounded and better choice.

Let’s wait and see what Xiaomi, Europe’s number one, shows in late December. It will be interesting to compare the actual devices based on Snapdragon 8 Gen 1 and Dimensity 9000 in a real-life scenario.