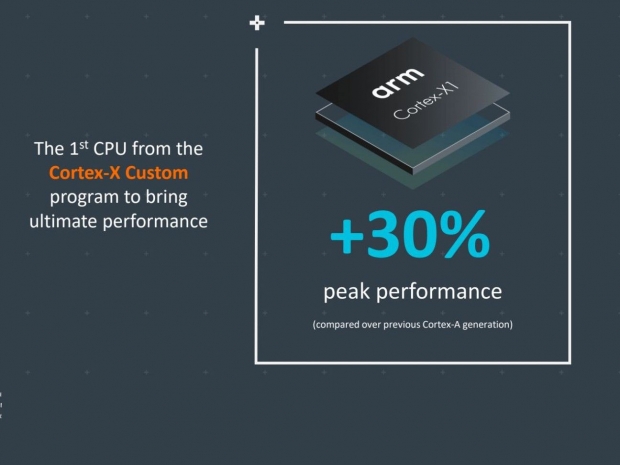 Qualcomm introduced Prime core clocked rest from the cluster with Snapdragon 865, and Huawei had two higher clock performance cores in Kirin 990. With that in mind, ARM has introduced the Cortex-X custom program. The result is up to 30 percent peak performance compared to previous generation Cortex A77 cores.

Cortex X is a custom silicon designed on a completely different CPU architecture from Cortex, but it has a new and improved core, more insts, and Mops more NEON engines and more cache.

Chris Abernathy, distinguished engineer, Client Line of Business at ARM, was very clear as he mentioned that this core is designed for performance and short bursts of extreme performance and not for sustainable performance. The main goal is to turn the core up, get the job done, and shut it down as fast as possible to prevent unnecessary energy consumption.

Before we dig deeper, you can expect to see Cortex-X1 in future 2021 high-end smartphones - possibly late 2020 too - and PC like devices such as the next-generation 8CX from Qualcomm. Of course, ARM doesn't comment or announce products for its customers, but it is clear that the Cortex-X1 was created to pressure Intel on the notebook and foldable notebook side.

ARM came up with the Corex-X custom program, and a custom license allows partners to customize and differentiate over the standard Cortex products. The new core will follow the ARM Cortex brand, and it will only be available to Cortex-X customers.

Cortex A55 cores are also supported, and ARM expects customers to use at least one Cortex-X1 core and mix it with a cluster of Cortex-A78 for sustained performance and Cortex-A55 for low power usage. 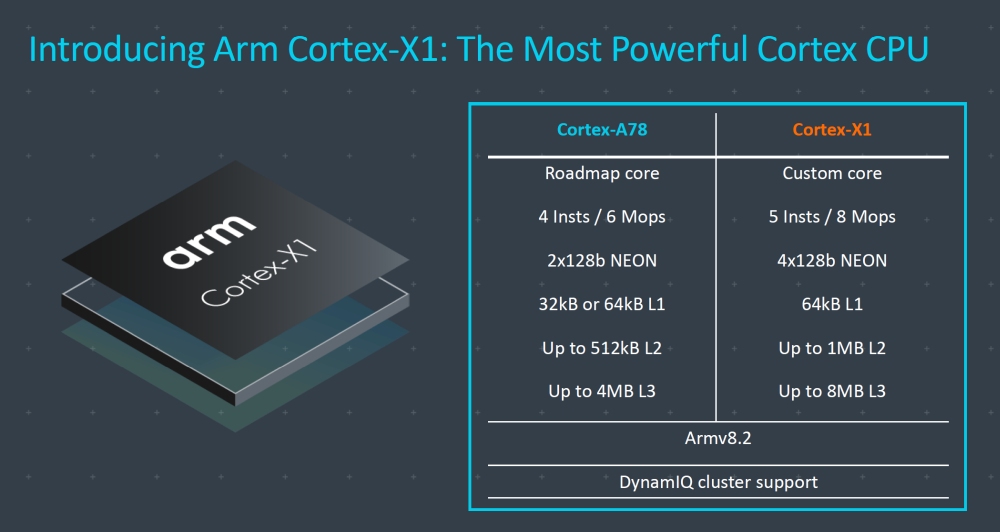 The second use case scenario is a single Cortex-X1 (just like Prime core with Snapdragon 865), three Cortex-A78 for sustained performance, four Cortex-A55 for low power operations and massive 8MB L3 cache. Arm estimates 30 percent peak performance against A77 based silicon, and this will cost customers an additional 15 percent of cluster area. Since Cortex-X1 is aiming at high-end performance phones and notebooks, these guys will be willing to spend more silicon to gain such a performance.

Additional performance comes by pushing the limits of width and depth of a core. Cortex-X1 has a 33 percent increase in dispatch bandwidth with up to 8-instr/cycle and a 40 percent increase in out-of-order window size with 224 entry instruction window and expose more parallelism in code.

Customers such as Qualcomm, Samsung, Huawei, and Arm won't just tweak up to Cortex-A core for high-performance burst; now, the Cortex-X supporters will have one additional rather powerful core to tweak. ARM didn't want to comment on who is part of its custom program. 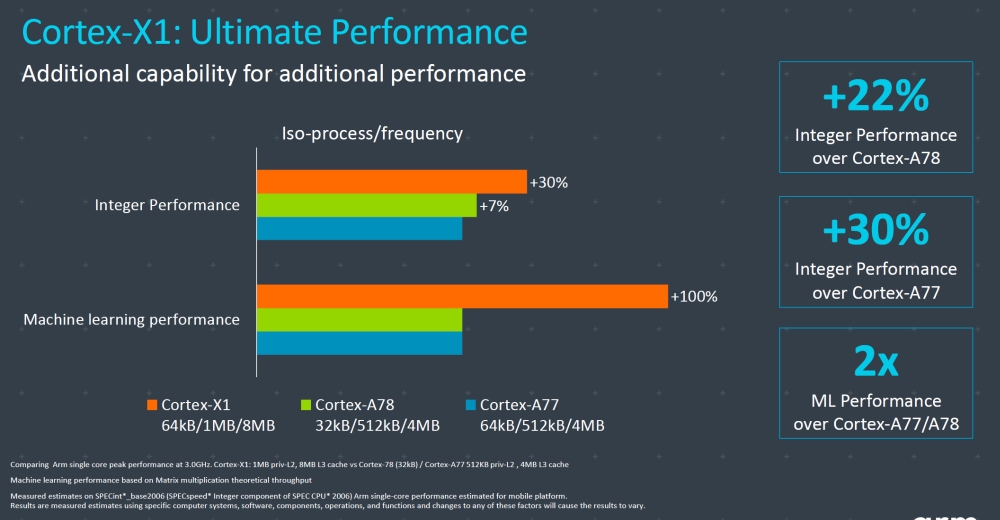