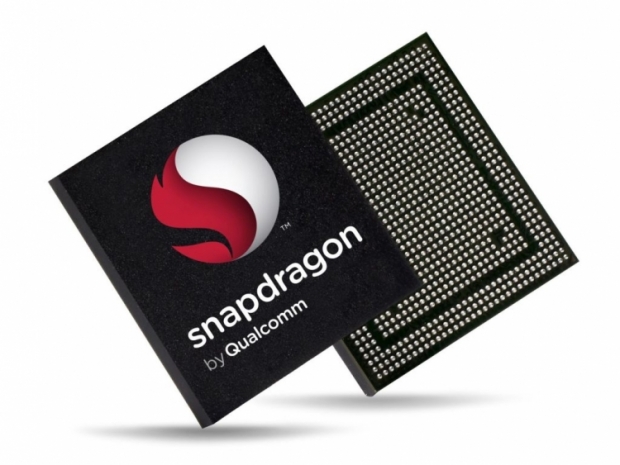 Higher than Apple A12 Bionic

A leaked score from Antutu benchmark shows that the upcoming Qualcomm Snapdragon 8150 flagship SOC will probably be taking the benchmark throne as it is the first SoC to break the 360k mark in Antutu.

The 362,292 score in Antutu benchmark, leaked earlier on Weibo, shows that the upcoming Snapdragon 8150 will have around 20 percent CPU performance gain compared to the Snapdragon 845, as well as similar performance gain for the new Adreno 640 GPU. Of course, the final score could be even higher once all the optimizations are implemented. 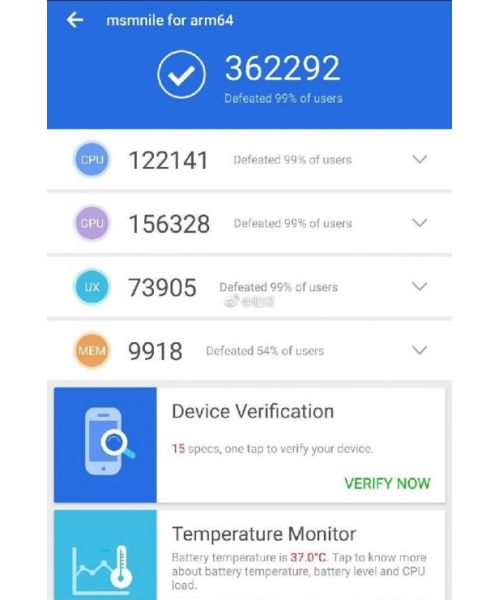 As expected, Qualcomm's upcoming Snapdragon flagship SoC will be made on TSMC's 7nm manufacturing process and some of the first devices are expected in the first half of 2019, with Meizu rumored to be the first to market.

The official announcement is not far away so we should get a better idea on what to expect from Qualcomm's latest flagship SoC.